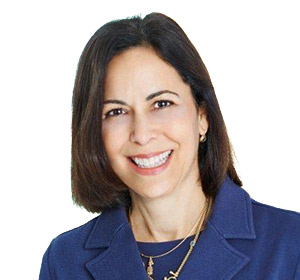 Unpacking SPACs: Considerations for Board Members

This is an introduction to a more thorough article on SPACs exclusively for NACD members in Directorship magazine. If you are an officer or director of a public, private, or nonprofit organization, you can become an NACD member to view the complete article and related resources.

Future students of finance may look at the pandemic-period investing world as being characterized by the fascination with, and incredible volatility of, alternate asset classes. Special purpose acquisition companies (SPACs), or blank-check companies, bridge the gap between never-before-seen alternative assets, such as cyber currencies and non-fungible tokens, and more traditional initial public offerings (IPOs)—though SPACs come with a short-fuse mergers and acquisitions (M&A) imperative.

But why should corporate directors care about SPACs? The SPAC ecosystem (including SPACs and de-SPAC candidates) requires a large number of qualified independent board members. As SPACs’ IPOs are subject to the same listing requirements as traditional IPOs, generally, a minimum of three independent directors is required for every SPAC—including private companies hoping to become de-SPAC candidates. Thus, the sheer number of open board seats at SPAC and de-SPAC companies over the past few years has been greater than the number of traditional board seats that have turned over. While many SPAC boards have been populated by individuals already known to the sponsors, the large number of SPACs indicates that sponsors need to broaden their networks to find qualified independent board members.

Prospective SPAC board members should consider the differences between a SPAC and a traditional company. While a traditional company can be focused on long-term stakeholder value, a SPAC is essentially an M&A deal in the making. And while proper governance is, of course, a priority, a prospective SPAC board member with deep exposure to the aspects of deal-making—due diligence, valuation, and negotiation—will be particularly well-suited for the fast-paced, shorter time frames inherent in SPAC board service. Given both the emphasis on executing an acquisition and the limited lifecycle of a SPAC, first-time board members with deal expertise may be as sought after as more seasoned board members with more generalized skill sets.

The Lowdown on SPACs

A SPAC goes public in an IPO without having an operating business or even a specific business plan. Its purpose is to use the capital raised in the IPO to purchase a private company within a specified period—generally two years; if it fails to do so, the IPO capital raised must be, with a few exceptions, returned to investors. SPAC sponsors perform due diligence for a number of private company candidates to effect the M&A transaction, often called the de-SPAC transaction.

While SPACs have been around for decades, they were historically considered a marginalized security class most often tied to penny stocks or troubled companies. But the current generation of SPACs (starting in approximately 2019) is anything but marginalized. SPACs have galvanized the IPO market, dominating the IPO space since 2020 in both number and dollars raised. During the first quarter of 2021, 308 SPACs raised $100 billion in the US capital markets, with an additional 385 SPACs filed publicly and an undetermined number filed quietly. In the United States, over 425 SPACs comprising over $138 billion in leverageable capital are currently seeking private company de-SPAC candidates.

But in addition to raising an immense amount of capital, SPACs have also raised the eyebrows of various stakeholders, including some traditional investors: Warren Buffett, CEO of Berkshire Hathaway, called SPACs “a killer” when it comes to Berkshire Hathaway’s own deal-making momentum. Meanwhile, in March, the US Securities and Exchange Commission’s (SEC’s) Office of Investor Education and Advocacy warned investors not to invest in SPACs solely on the basis of the SPAC sponsors’ fame.

While these examples are indications of SPACs’ popularity, the SEC has signaled increased scrutiny of SPACs through a series of public statements—most notably in December on SPAC disclosure and forward-looking statements and in March on whether warrants, which are commonly issued at the time of the SPAC IPO, should be considered debt or equity. In late May, Congress began hearings to determine whether legislation is necessary to curb liability protections for the industry. As a result, the feverish pace of SPAC IPOs has slowed; in April, only 14 SPACs completed IPOs, a decline of close to 90 percent from March, and in May, fewer than 20 SPACs completed IPOs, with many of them downsized. That said, SPACs are gaining popularity globally and will likely remain a capital-raising tool for the foreseeable future.

Considerations for Potential Board Members

Individuals hoping to serve as independent directors on SPAC and de-SPAC boards should consider the following factors before making a decision:

The SPAC story is still being written, and it is unclear what the impact of SEC and congressional scrutiny will be on the future pace of SPAC IPOs. However, SPACs’ meaningful role in the IPO market over the past few years and the number of de-SPAC transactions that have yet to occur imply the appetite for independent directors for both SPAC and de-SPAC boards will continue for the foreseeable future.

Following a 22-year career as a New York-based investment banker, Jane Sadowsky currently serves as an independent board member for Yamana Gold and Nexa Resources. She also provides leadership coaching to boards, C-suites, and other senior executives and leads diversity, equity, and inclusion efforts at an investment bank.

For more information on SPAC governance, see the May/June 2021 issue of Directorship magazine, now live. Check out the full issue and previous issues of the magazine here.