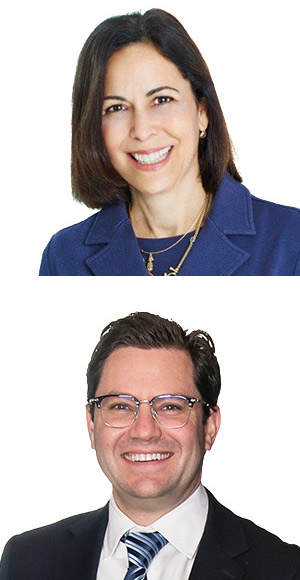 By Jane Sadowsky and Jonathan Kirschner

Board Trust and Cohesion Vital to the ‘New Next’

By Jane Sadowsky and Jonathan Kirschner

The world is changing, and boardrooms are feeling the stress of keeping up.

What many thought would be a one-to-two month crisis has turned into a protracted period of distress that has destabilized our society, our economy, and the very way we approach business. Most recent estimates indicate that the pandemic has had “a more negative impact on economic activity in the first half of 2020 than anticipated, and the recovery is projected to be more gradual than previously forecast.”

Beyond the current crisis, the future will be characterized by volatility and long-term uncertainty. How can boards ensure that they achieve the effectiveness necessary to deliver stakeholder value in the ‘new next’? It starts with a winning culture.

At AIIR Consulting, we have conducted extensive research and work in partnership with the University of Pennsylvania’s Wharton Neuroscience Initiative to gain a deeper understanding of team effectiveness. We have concluded that there are two essential ingredients: team performance and team culture. Team performance describes how the team gets work done. Team culture describes how it feels to be on the team.

Boards of directors are facile in identifying problems with team performance. But because board members don’t typically think of themselves as teams, they are less focused on addressing their culture. Compounding this neglect is the unique composition of boards of directors—a mix of high-power individuals from both within and outside of the company. As a result, board members often find themselves operating as individuals rather than cohering into a unit capable of collaboration and complex decision-making on a timely basis.

While basketball had been an Olympic sport since 1936, the 1992 Summer Olympics were the first games in which professional athletes were allowed to compete, and the USA men’s basketball team was loaded with National Basketball Association superstars, including Michael Jordan, Magic Johnson, Larry Bird, and Charles Barkley.

Coach Chuck Daly, having just led the Detroit Pistons to back-to-back championships, understood the potentially destructive power of the individual egos on the team. So, during a scrimmage with a group of collegiate players, he threw the game. The loss was deeply humbling for the professional players, each of whom was at the top of his career. But it also helped them overcome their individual egos and cohere as a team. The 1992 US men’s team dominated its way to gold, winning each game in the tournament by an average of 43 points.

The 2004 men’s team had similar star power, and included Allen Iverson, Dwayne Wade, Carmelo Anthony, and LeBron James. However, in contrast to the 1992 team, these players failed to cohere. The team lost three games (the most ever for USA Olympic basketball) and took home the bronze, the first non-gold medal since 1988.

Trust, psychological safety, and cohesion are the differences between a group of talented individuals and a team. Google’s two-year study of its teams showed that psychological safety was the single most important factor impacting performance. Our work at AIIR strongly indicates that high-level teams with greater levels of trust and cohesion are more engaged, innovative, and more readily able to overcome challenges as they arise.

But trust and cohesion are qualities that have to be actively built and carefully maintained. This takes time, leadership, and purpose. Building trust and cohesion can be especially difficult for a board, even in a “normal” operating environment, as most of the members may see or speak to each other only periodically. This difficulty is exacerbated by current circumstances, in which most boards are unable to interact in person and many social activities (meals, coffee breaks, etc.) are curtailed. Wharton’s neuroscience research has shown that the part of the brain that governs our ability to form and maintain connections with others is physically weakened by isolation.

Coupled with changes in board membership, financial or operating distress, asset sales or acquisitions, and the need to make increasingly critical and complex decisions under extreme time pressure, an inhibited ability to connect and build trust with other directors creates a crucible of board dynamics issues.

Investing for the ‘New Next’

The future will require more of individual directors and boards than anything that has come before. In today’s rapidly evolving, profoundly unknown environment, businesses must fundamentally experiment and take risk. Board members must be able to voice concern and discuss failure, not just success. Only those boards that spend time building trust and cohesion and creating psychological safety will be equipped to handle the changes ahead.

Following a 22-year career as a New York-based investment banker, Jane Sadowsky currently serves as an independent board member for Yamana Gold and Nexa Resources. Jonathan Kirschner is the CEO and founder of AIIR Consulting, a leadership development firm dedicated to helping leaders navigate change and shape a better future.

NACD’s Summit 2020 is going virtual with complimentary access to select programming included with your membership.

Register today for your free ticket.

Great piece Jane and Jonathan. I serve on the board of AGF Investment Management, a Canadian asset manager, where we have parity (4 men and 4 women) on the board. I can honestly say, we have a team culture on this board, as we've worked together with the objective of turning the company around. There is nothing like a singular mission to bring people together.

Great write up, enjoyed reading it. Toward cohesion and trust the idea of "working together" could be proposed for advancing the culture foundation: Beyond board meetings reading material and conversations, work on preparation of topics, from within committees, subsets of committees and board, where individuals for a limited task have to produce "projects" together.