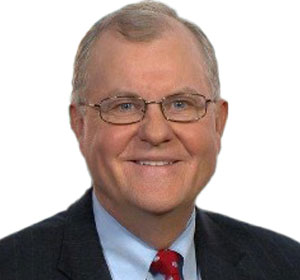 By Jude A. Curtis

Does Your Company Really Have a ‘Speak-Up’ Culture?

By Jude A. Curtis

Boards should be laser-focused on whether their companies have a “speak-up” culture, one in which everyone feels safe voicing their opinions and raising issues. However, boards seem to be missing the mark on this area of oversight and reaching conclusions not supported by available data.

Why is having a “speak-up” culture so important? External whistleblower channels have shown stunning increases in whistleblowing: The US Securities and Exchange Commission’s (SEC’s) Office of the Whistleblower received more than 12,200 complaints in fiscal year 2021, awarding $564 million to 108 individuals (more awards than in all prior years combined). Since 2011, the SEC has awarded more than $1.1 billion to whistleblowers, and companies have been sanctioned nearly $5 billion because of those complaints. It’s not just happening in the United States. A comparable increase in whistleblowing is occurring in Europe, and more can be expected as the European Union’s whistleblower directive became fully effective on December 17.

Companies can’t discourage external reporting, but it’s always better if an employee raises an issue internally first so that the company can address it before it escalates. Significantly negative consequences invariably accompany an internal allegation, valid or not, becoming public.

More broadly, boards and leaders don’t know what they don’t know: there are countless examples of companies facing severe consequences from the hidden yet preventable actions of a small few. Boards and leaders clearly are better off when employees act as their eyes and ears to monitor whether their people are doing the right thing.

Companies with a “speak-up” culture perform better both financially and otherwise than those without one. Business is built on trust, an essential foundation for success and prosperity; where there is a battle for talent, attracting employees will significantly draw on that trust.

An NACD survey found that 82 percent of directors say their companies have “a strong ‘speak up’ culture, where employees feel comfortable raising concerns about alleged misconduct.” And while every company must offer the opportunity to raise issues anonymously (to address fears of retaliation), what better indicator of comfort raising issues than the rate at which those who raise issues do so openly? However, according to a NAVEX Global report, the average rate of anonymous reporting is 58 percent, meaning that over half of those raising issues are not comfortable doing so by name.

Another indicator of comfort with raising issues is the volume of questions that employees ask about how they should handle difficult situations. One would hope for more questions about what to do than allegations of misconduct. But the rate of inquiries (e.g., questions, requests for guidance) raised internally as a percentage of all matters reported (all inquiries and misconduct allegations) is a paltry 14 percent according to the NAVEX report, meaning that allegations outnumber questions by more than seven to one. This percentage of questions raised has been decreasing steadily over the last 10 years.

What Should Boards Do?

Boards must set the right cultural tone from the top. Everyone—from the most senior executive to the most junior employee—must be encouraged to raise issues and ask questions. There needs to be zero tolerance for any form of retaliation. The company must be committed to fairly investigating every issue raised and to acting when there has been some impropriety, regardless of who is involved.

Boards should also focus on the right metrics. Too many times, boards seem to think that less reporting is a good sign. It never is: more ethics questions and reporting of allegations are signs that internal reporting mechanisms are working and that company culture truly encourages people to speak up. Boards should also focus on anonymity rates, understanding them and critically assessing whether their companies are doing enough to make employees comfortable.

There need to be clear expectations for higher reporting volumes, low anonymity, and more questions. Companies have goals for sales, cost reductions, or other metrics—why not for ethics matters? We all know that what gets measured and rewarded gets done.

Additionally, boards must be more active in assessing whether their companies have the right ethics and compliance leadership. When a junior employee contemplates whether to raise an ethics issue but fears retaliation, the person they rely on to protect them is the chief ethics and compliance officer (CECO). This needs to be a person of substance, unquestioned integrity, and courage. The CECO must be active with and respected by the CEO and the senior leadership team, and they need to instill confidence in their ability to protect employees from retaliation.

Only 36 percent of directors in the NACD survey said that their board met with their company’s CECO or equivalent ethics and compliance leader. How can directors assess whether the company has the right person in this role if they don’t even meet with them? How can they determine whether the CECO has the respect of, and is actively engaged with, the CEO and senior leadership?

Finally, the board needs to make sure that the CECO is well positioned within the company. This needs to be a very visible and senior role. There needs to be a high level of activity with the CEO and senior leadership, as well as frequent reporting to the board. Top leaders must constantly reinforce that employees can trust the CECO, and the company, to protect them when they speak up.

With the right oversight and accountability in place, leadership’s focus should be on earning employee trust and encouraging all employees to do the right thing, to ask questions when necessary, and to raise issues when they see them. All of this will move the company toward a true “speak-up” culture. It will also minimize the risk and avoid the negative repercussions of external reporting.