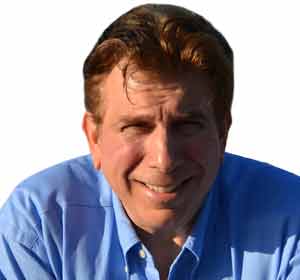 What are the board’s fiduciary responsibilities? What do directors need to know—and what should they be asking?

CEOs have been speaking out increasingly on an array of political issues, and it is becoming problematic for companies and boards with noisy internal or external groups pushing business leaders to comment publicly on controversial matters.

In this era of consumer value and instant media, some say staying quiet is no longer an option to maintain and increase brand loyalty. In other cases, executives personally believe in an issue and wish to advance the cause. It is a complex and growing phenomenon, but let’s dig a bit deeper.

What are the responsibilities of and risks for a company? Are these issues mission critical to the company? When a CEO speaks, for whom are they speaking?

Are CEOs speaking personally or for the board, management, employees, or other stakeholders? Will there be a vote on these issues? Can and should other executives speak out—for or against—the same issues? Can they make a meaningful contribution?

At a time when the country’s polarizing politics and public discourse are dividing many, close to half of all US adults acknowledge that they have stopped discussing political and election news, according to a February 2020 analysis from Pew Research Center’s Election News Pathways project.

Additionally, there is really no place in a CEO’s job description to publicly express their personal views on political matters when it can derail company operations or values. It is not that CEOs should be quiet on issues, but as my dad said to me countless times, it is important to understand all the circumstances, players, timing, and how they will affect dynamics—and then pick your fights.

On issues affecting the bottom line, sometimes companies work within with industry associations to fight battles. Company Political Action Committees (PACs) can support political candidates who advocate for their positions. Contributions and events also support causes. And lobbyists, communications firms, or law firms may be engaged to influence positions. However, these costs can be scrutinized by investors and others and provide tough questions for the board at company annual meetings.

Did Disney Miss the Mark?

What did Mickey Mouse see in his crystal ball? Did Donald Duck create an unintentional firestorm or walk blindly into a big mess? Is this episode appropriate for a Goofy cartoon? The most recent example of a political firestorm incited by a CEO has been The Walt Disney Co.

Whether or not you agree with its position on the Florida’s Parental Rights in Education law, there is little dispute that the company’s actions were mismanaged and brought enormous attention and trouble. Disney did little publicly to address the new Florida law until after it was enacted. Soon afterward, some employees were repulsed by the law and met with CEO Robert Chapek, citing discrimination and injustice.

Disney is not the only large company in Florida and not the only one in the entertainment business. A sizable number of companies signed a petition opposing the new law before it was passed. Disney did not sign the petition and later jumped in, seemingly unprepared, by abruptly announcing opposition at its annual shareholders meeting following the Florida legislature vote.

This is a case study on how to quickly create a disconnect with many stakeholders. Its self-inflicted wounds continue to get worse, as Disney seemingly did not recognize the need to stop, evaluate, and only then proceed.

It is likely that internal pressures and emotion overrode deliberate analysis. This situation brings to mind the havoc of “The Sorcerer’s Apprentice” in Disney’s iconic movie Fantasia. Does Mickey have the magic to restore order?

Disney, by not de-escalating, is now facing a hornet’s nest of troubles, including:

“If you can’t stand the heat, get out of the kitchen,” then-Senator Harry S. Truman said in 1942. So, what are the key questions to ask regarding rules of engagement to enter—or not enter—a political battlefield?

And if that is not enough, are business leaders tough-skinned enough to enter this current polarized arena?

Richard Torrenzano is the chief executive of The Torrenzano Group, which helps organizations take control of how they are perceived™. For nearly a decade, he was a member of the New York Stock Exchange management (policy) and executive (operations) committees. He co- authored the award-winning bestseller, Digital Assassination: Protecting your Reputation, Brand or Business Against Online Attacks, published by St. Martin’s Press (2011).