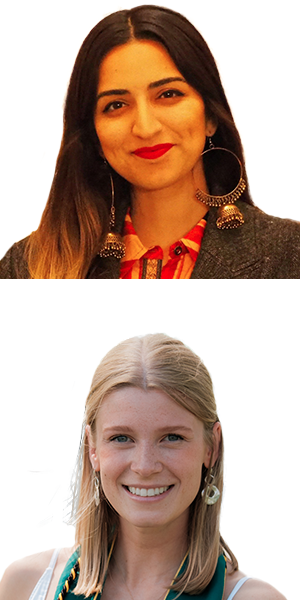 Last month, Ceres released its Responsible Policy Engagement Analysis 2022 report, an update of our benchmark from last year which examines the direction that the largest publicly traded companies in the United States are headed in terms of their lobbying practices on climate action. Where has progress been made, what work still needs to be done, and what is the crucial role of directors in the process? Investors are increasingly focused on the role of directors in the oversight of companies’ public policy practices, including their responsibility to ensure that corporate lobbying is aligned with businesses’ climate commitments. Are major companies responding to the demands of their investors to pursue more sustainable corporate and policy engagement practices?

Updates to the Report for 2022

The 2022 report found that while many of the largest US companies are increasingly establishing processes and systems to address climate change as a systemic risk in their own operations, corporate America is largely failing to use its influence to advocate for economy-wide climate policies. And very few are publicly reckoning with the role of their own trade associations in obstructing climate action.

Below are some of the key takeaways from this year’s report, which reviewed the climate risk assessment, governance, advocacy, and engagement practices of 104 companies that comprised the S&P 100 in 2021 and 2022.

Overall, a large portion of the companies assessed are incorporating proper risk management systems and governance practice to address climate change. However, this is not reflected in their advocacy for Paris Agreement-aligned climate policies, as shown by inconsistent direct and indirect lobbying practices. More companies must align their internal actions with their external policy advocacy, and work to eliminate climate policy obstruction by their trade associations.

It is imperative for companies to incorporate oversight of climate risks across governing structures, including the board’s involvement in public policy decisions. The “Systematize”section of the report looks at whether boards have assigned formal oversight of climate change to a specific board committee and the frequency with which the board discusses the risks posed by climate change. The indicators were intended to identify the processes and mechanisms the company has in place for oversight, as well as the processes for review and approval of policies and expenditures. The 2022 findings show that 44 percent of companies now have specific references to climate change in their committee charters, up from 19 percent last year. In addition, 92 percent of companies now have formally charged their boards with the responsibility to oversee sustainability issues.

Metrics from the CPA-Zicklin Index were incorporated into this year’s report to provide a comprehensive analysis of board oversight of political policy making and spending. These indicators were intended to provide insight into the systems in place for decision-making related to political activity. In 2021, the Center for American Progress released a list of “climate deniers” in the 117th US Congress, which showed 139 elected officials who still deny the science of climate change and the scientific consensus that it is a direct result of human activity. Data from Open Secrets show that the majority of S&P 100 companies have contributed funds to those elected officials, helping to create a policy landscape that avoids acknowledgment of the financial and economic risks of climate change.

While the CPA-Zicklin Index provides a detailed picture of a company’s election spending, disclosure around the level and direction of lobbying-related expenditures needs greater transparency. Boards must continue the progress made in the formal oversight of climate change at the committee level with a deeper review and disclosure of their company’s political expenditures and the policies advocated on their behalf by their trade associations.

Companies are increasingly being held responsible for their engagement in the political process, especially as US politics become more polarized. This can amount to significant financial and reputational risk for companies—and investors are taking note. The need for increased disclosure around climate lobbying boils down to investor concern about boards fulfilling their fiduciary duties. Many of the largest US corporations publicly support action on climate change but are in fact still lobbying against climate policies through memberships in trade associations that obstruct action on climate policy.

This indirect lobbying is often contradictory to companies’ climate strategies and fails to address the fact that blocking climate policy through third-party organizations keeps climate risks very much intact. With a lack of explicit disclosure about trade association lobbying, investors are missing key information about portfolio companies and are unable to make decisions to the best of their abilities. In turn, missing information impacts their responsibilities as fiduciaries to allocate capital to the best of their abilities and does not bode well for the overall functionality of the economy.

So where does the board fit into all of this? Oversight of climate risks entails disclosing any misalignment that may be occurring from the public policy engagement of third-party organizations. By establishing this disclosure, boards can ensure investors have the decision-useful information they need to fulfill their fiduciary responsibilities.