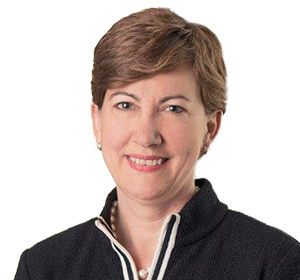 One Goal, Different Paths to a Diverse Board

It seems that almost every country, company, and board is focused on achieving greater governance diversity. It is core to thriving in today’s complex global businesses. Achieving it is in every company’s interest, considering the growing and indisputable body of evidence underscoring the advantages a diverse board and diverse leadership confer—whether in terms of shareholder value or, equally important, but harder to measure, in terms of reputation value. Worth noting, however, is that companies are taking vastly differing paths toward this common goal.

Our firm takes a broad view of diversity, which we define as the mixture of experience, backgrounds, and functional skills boards require to advise on and oversee companies’ strategies and senior leaders. And we recognize that depending on an individual country’s or company’s culture and regulatory practices, that mix, and the way to get there, will vary. Useful approaches taken in various countries that can highlight different paths to success follow.

Heidrick & Struggles’ recent Board Monitor US 2019 and Board Monitor Europe 2019 reports capture a snapshot of diversity on boards across these key regions:

Comparing Europe and the US, and also looking more granularly at statistics for board diversity within individual countries in Europe, we see a great deal of variation in approach. Generally speaking, those countries that have legally mandated gender diversity on boards lead the pack. Consider France, where 43.4 percent of directors on the boards of the 120 largest French companies are female, and Norway, with 42.1 percent female directors under the same conditions. Others, such as the United Kingdom, which is on track to reach 33 percent female directorship by 2020, have taken a voluntary approach to achieving gender parity on boards. Still others, such as Spain and Switzerland, with “soft laws” that don’t impose sanctions on noncompliant companies, lag behind with 22 and 21.3 percent female representation on public company boards, respectively.

US companies are in a similar position to Spain and Switzerland and, despite the 40 percent of new board seats that went to women in the United States in 2019, women still comprise only 22.5 percent of the total seats on Fortune 500 boards. This is so even though US companies are among those feeling significant pressure to demonstrate diversity on their boards, including from key stakeholder groups that have the power to spur investment in particular companies—or withhold it.

In response to these demands, US boards are enforcing their own measures to ensure greater diversity, and to reach their goals with greater speed. Looking at successes around the world that any nominating committee is capable of putting into action, whether regulations require them to do so or not, we recommend a few clear steps that will lead to more effective boards that are better equipped for future challenges:

Whether in Europe or in the US, whether the catalyst for greater diversity on boards is principally external or internal, the objective is the same. The faster boards work toward transforming into diverse, strategically aligned teams, the more effectively they will be able to serve their companies and all their stakeholders.