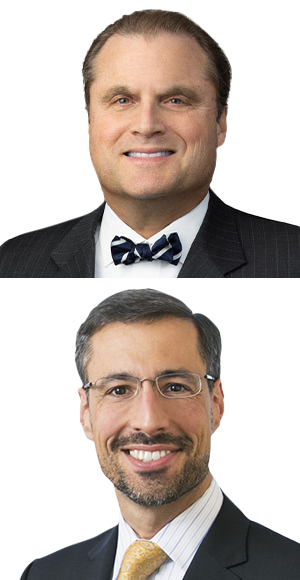 A Mid-Season Look at 2022 Shareholder Proposals

As we sit squarely in the middle of proxy season, we have a useful vantage point from which to consider already announced shareholder proposals and anxiously await investor feedback on those matters presented for shareholder votes. From this vantage point, corporate directors can better anticipate and prepare for trends that may ultimately be presented to them.

If the most recent shareholder proposals can be considered a guide, directors should plan on a busy wrap-up to this proxy season. This is the case given continued investor focus on environmental, social, and governance (ESG) matters, renewed pressures on diversity, equity, and inclusion (DE&I) initiatives, and increased attention to the corporation’s social voice. All of these issues must be considered against the backdrop of the war in Ukraine and the twin economic pressures of increasing inflation and the prospect of an economic slowdown.

Corporate boards should keep their fingers on the pulse of possible investor interest in these and other nontraditional topics emerging from the 2022 proxy season.

Public company shareholders can submit proposals for consideration at a corporation’s annual meeting through a well-established process that is administered by the US Securities and Exchange Commission (SEC). The SEC requires proponents to satisfy certain procedural and substantive requirements before a proposal is included in a company’s proxy statement. The SEC views the shareholder proposal process as fundamental to shareholder democracy and it is actively involved in adjudicating disputes between companies and proponents as to whether a company may properly exclude a shareholder proposal from its proxy statement.

In November 2021, the SEC issued guidance in which it scaled back the basis on which companies could properly exclude shareholder proposals. In applying the “ordinary business” exclusion, in which companies are permitted to exclude a proposal if it deals with a matter relating to the company’s ordinary business operations, the SEC had historically focused on the nexus between a policy issue and the company’s business, which led to many shareholder proposals being excluded where nexus was lacking. In the recent guidance, the SEC clarified that it will no longer focus on the nexus between the policy issue and the company but will instead focus on the social policy significance of the issue that is the subject of the shareholder proposal. In so doing, the SEC indicated it will consider whether the proposal raises issues with a broad social impact such that it transcends the ordinary business of the company. For example, a proposal relating to greenhouse gas emissions would not be excludable solely because greenhouse gas emissions are not a significant business issue for a company since climate change has broad societal impact.

What We’ve Seen to Date

A variety of indicators, including SEC data, suggests that the volume of shareholder proposals submitted during this proxy season will meet or exceed the heightened pace of the last several years. Many of these proposals fall into the ESG field. Indeed, recent news report noted that more than 500 ESG-related shareholder proposals had been submitted by mid-March, which reflects a 22 percent increase compared to the same time last year.

Significant and potentially controversial resolutions continue to be proposed outside of the ESG area, including those dealing with topics such as new product risk and the conduct of business in countries with authoritarian governments.

Based on available data, many of the resolutions submitted to date can be allocated into the following categories:

Primary Lessons and Projections from the Proxy Season

Midway through the 2022 proxy season, the following lessons and projections can be gleaned by boards:

Overarching lessons relate to both the enduring value associated with a board commitment to direct engagement with major shareholders and the ability to respond to acceptable resolutions with internal reviews and other measures intended to address shareholder concerns in as confined and restricted a way as possible.

Michael W. Peregrine and Eric Orsic are partners at McDermott Will & Emery.