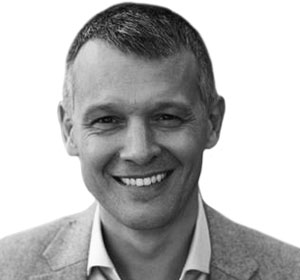 LGBTQ+ Inclusion in the Boardroom Is Simply Good Governance

In 2020 and thus far in 2021, sexual orientation and gender identity have become an important part of the board diversity conversation. We have observed signs of a growing consensus among business leaders, regulators, and the markets that the board diversity agenda must be inclusive of sexual orientation and gender identity (sometimes referred to as SOGI).

For example, Nasdaq’s board diversity proposal, originally submitted to the US Securities and Exchange Commission (SEC) in December, includes sexual orientation and gender identity in its definition of diversity. Similarly, California’s recently enacted AB 979, requiring diversity from underrepresented communities on corporate boards in the state, includes LGBTQ+ people in its definition of these communities. Meanwhile, Goldman Sachs Group, an Out Leadership member company, announced that it would no longer take clients without diverse boards public and included SOGI in how it will determine whether a board is diverse. Finally, in Congress, HR 1277, the Improving Corporate Governance Through Diversity Act, is now being amended to be inclusive of LGBTQ+ people.

But when will boards and nominating and governance committees reflect these developments?

A handful of US companies collect and disclose data on the sexual orientations and gender identities of their board members today. Some companies still find the idea irrelevant, related more to people’s private lives, or even question the legality of gathering and storing such personal data. In the absence of data, the extent of LGBTQ+ underrepresentation in the boardroom is minimized.

To shine a light on this issue, in February 2021, Out Leadership published unequivocal data on the representation gap. Our research, Visibility Counts: The LGBTQ+ Board Leadership Opportunity, shows that only 0.2 percent of all Fortune 500 corporate board seats—25 seats out of 5,670—are occupied by openly LGBTQ+ people. According to Gallup’s most recent data, published the same month, 5.6 percent of Americans identify as LGBTQ+.

Underrepresentation of LGBTQ+ people at the board level stems from the same causes as that of other minorities. The immense pool of LGBTQ+ board-ready talent is often untapped because it exists at the periphery of the board ecosystem, including in informal networks. Even more importantly, some boards continue to prefer director candidates that share the same backgrounds for reasons of comfort and trust. Another aspect is that LGBTQ+ people tend to self-exclude from circles where they historically found themselves not welcome.

Therefore, the solution is the same as for other minorities: diversify candidate slates and showcase success stories. Quorum, for one, has gathered and disseminated the profiles of thousands of LGBTQ+ professionals with expertise, skills, and character that make them ready for board service. We also regularly highlight the contributions that hundreds of LGBTQ+ business leaders are already making in the boardroom. Increasingly, other board diversity initiatives have begun to focus on and track LGBTQ+ participants, as well. The recently launched NACD Accelerate program is but one great example.

In fact, Equilar and Agenda featured 14 exceptional Quorum board candidates in their Agenda Diversity 100 list in early June, sending another signal that the talent exists and the time has come for change.

Perhaps more importantly, it is perfectly legal to give candidates the opportunity to self-identify their sexual orientations and gender identities. Other keys to change include asking systematically for the sexual orientations and gender identities of board members in directors and officers questionnaires and communicating with shareholders about the demographic compositions of boards.

There are many reasons boards should cultivate a broad spectrum of demographic attributes and characteristics among their members. Beyond fairness and corporate social responsibility, heterogeneity in terms of director sexual orientation and gender identity will allow boards to better connect with employees, consumers, and shareholders. At Out Leadership, we stand ready to accompany businesses on this journey.

Fabrice Houdart is managing director for corporate equality initiatives at Out Leadership, a coalition of more than 85 companies working to advance LGBTQ+ equality.