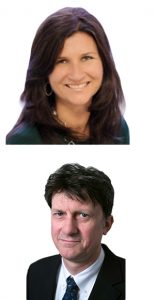 By Helen Leis and Til Schuermann

COVID-19: How Long Will Businesses Be Impacted?

By Helen Leis and Til Schuermann

Coronavirus Disease 2019 (COVID-19) has spread rapidly around the world and is currently at different levels of maturity across impacted countries. As a few nations begin to recover—with China reopening more than 60 percent of their factory production—most organizations globally are asking themselves how long their businesses are going to be halted by the health crisis.

Based on what has been observed thus far, and by looking at the early signs of recovery in China, Oliver Wyman foresees three major scenarios for how the pandemic crisis could unfold:

Will the Outbreaks Be as Containable as China’s?

Through strict enactment of quarantines, with over 150 million people quarantined during the country’s February peak, China has seen the spread of the virus contained within 10 to 12 weeks of identification. While the impact of lifting some of these containment measures still needs to be monitored, it appears that China has created a strategy that the rest of the world could follow. Unfortunately, some countries have struggled to follow the Chinese or South Korean playbooks in a timely manner, and they are now showing elongated timelines to reduce the daily growth rate of confirmed cases.

At this point, we are observing sustained near-exponential growth in COVID-19 cases in the United States and in multiple European countries, which are enacting various degrees of containment measures. The next few weeks are critical to see whether the time to return to “normal” can be stemmed and to determine if it is still prudent to consider Scenario 1 as a real possibility.

And the chances of Scenario 1 playing out are slim: Even if the rest of the world were able to follow the Chinese or South Korean playbooks, the combination of global supply chain shocks, travel restrictions, and other virus-driven earnings impacts could mean that a full economic recovery could take until the fourth quarter of 2020.

Will Other Mitigating Factors Contain the Spread of the Outbreak?

If global public health measures are ineffective in containing COVID-19’s spread, then the containment timeline of three to four months becomes increasingly unlikely. Thus far in the United States, we have not seen quarantines or testing at the levels of China or South Korea, but we have experienced major measures like international travel restrictions, cancellations of public events, social distancing measures, and selective lockdowns (such as in San Francisco).

Additional mitigating factors that would support containing the spread of the virus include COVID-19’s potential seasonality (resulting in lower transmission rates) or possible mutations that render the virus less virulent.

If the combination of these factors is effective enough to reduce the degree of infectiousness or case fatality rates, this could lead to public health mitigation efforts lasting up to a year from today (Scenario 2). Vulnerable industries would experience a continued drop in demand as consumer confidence wavers into the first half of 2021. In parallel, supply chain shocks would play out over a six-month period, after which momentum could begin to stabilize, recovering in the first half of 2021.

Impacted countries would likely still experience a serious recession, and significant government and central bank intervention would need to be implemented (including extended unemployment insurance, credit support for small- and medium-sized enterprises, and large-scale funding and liquidity programs). Economies that are dependent on international trade would likely be hit harder, and consumer confidence would need to be rebuilt globally. Taken together, the economic effects from even this scenario could take as long as a year to fully recover from.

What Is the Worst-Case Plausible Scenario?

If the virus cannot be contained, and key mitigating factors such as seasonality or advantageous mutations do not come into play, then the COVID-19 timeline starts to extend. The virus could infect up to 80 percent of the United States  population, potentially placing sustained strain on health systems. The only means of halting the progress of the virus would be via vaccine—which could take more than a year to deploy.

The economic impact of taking more than a year to regain normality (Scenario 3) would be a severe recession in the order of the 2008 global financial crisis, stretching well into 2021 or beyond. This scenario would necessitate massive government support and central bank intervention, easily exceeding the scale of, for instance, the Troubled Asset Relief Program in 2008.

At the time of this writing, and based on Oliver Wyman’s model to forecast the number of confirmed cases in a region or area based on the starting number of cases, daily case growth rates, the speed with which officials move to enact containment measures, and the effectiveness of those measures, Scenario 1 (three to four months to “normal”) is becoming increasingly difficult.

A lot of attention has been paid to potential actions governments and individuals can take. However, to ensure that their firms are able to weather the crisis, boards should discuss the following critical areas with their management teams:

Given the evolving nature of this crisis, it is understandable that the priority will be to ensure business continuity, if not survival. That being said, we envision structural shifts that will play out during this uncertain time, and by taking the long-term view now, businesses can significantly increase their ability to persevere through the crisis and to position themselves to thrive once it has ended.