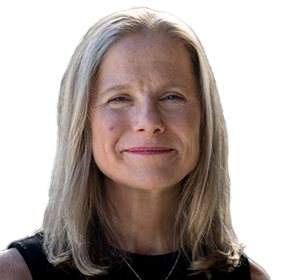 If last year’s COP26 in Glasgow was all about making commitments, the focus of this year’s Sharm el-Sheikh Climate Change Conference (COP27) in Egypt was on how to implement them. Unlike last year, some marquee CEOs, like BlackRock’s Larry Fink, did not attend. Instead, a group of leading corporate executives decided to pen an open letter before the proceedings calling for a more action-based approach to fighting climate change. As we look back at the attempts of the delegates at this year’s COP to put the words of the open letter into action and usher in a “new era of implementation,” some of the key takeaways for corporate executives to consider include:

Regulatory convergence is beginning to take shape. One year after its founding at COP26, the International Sustainability Standards Board (ISSB) made a series of announcements regarding its upcoming standards. ISSB released a report with 20 other member organizations to prepare companies in developing and emerging economies for its new standards. The ISSB also announced that CDP would incorporate the 18,700 companies reporting to its portal with the ISSB’s climate-related standard to promote early adoption of the new standard. Finally, the ISSB reiterated its focus on supporting regulators’ inclusion of the ISSB standards in new regulations. Multiple jurisdictions, including the United Kingdom (UK) and Japan, have already announced plans to incorporate the ISSB standards into their current reporting requirements. Additionally, the European Union (EU) parliament formally adopted the Corporate Sustainability Reporting Directive, which will require large multinationals to disclose information on social and environmental impacts. As global standards for carbon disclosure and climate risk evolve and more general sustainability disclosures begin to converge and become regulated, it’s clear that corporate directors must be aware of the upcoming ISSB standards to ensure future compliance.

New carbon offset market announced. US climate envoy, John Kerry’s landmark policy at COP27, the Energy Transition Accelerator (ETA), aims to galvanize private capital to accelerate the energy transition in the developing world. The proposal will allow US businesses to purchase carbon credits from less developed countries (LDCs) with high fossil fuel use to offset their emissions. LDCs will use the funds generated by the credits to invest in renewables and decommission fossil fuel plants. Although hailed by some, the ETA received backlash from activists for encouraging the use of carbon offsets instead of true decarbonization. Corporate directors should track the ETA before investing in carbon credits through the scheme to ensure that the carbon credits are going toward effective emissions reduction schemes. However, corporations should keep in mind that carbon offsetting is not a get-out-of-jail-free card and should only be used to complement a proprietary decarbonization plan.

Net zero pledges are under the microscope. Early in the conference, the United Nation’s High-Level Expert Group on the Net-Zero Emissions Commitments of Non-State Entities published 10 recommendations to establish clear standards and criteria, and bring “integrity, transparency, and accountability” to net zero. The recommendations include common—though still important—refrains such as phasing out fossil fuels and making cuts in absolute emissions across a company’s value chain. Importantly, the group’s report aims to set “red lines around greenwashing” and asserts that companies and other non-state organizations cannot claim net zero while they continue to invest in fossil fuels, rely on low-quality carbon credits rather than emissions reductions, and lobby to undermine climate policy, among other subversive activities. Nearly simultaneously, the International Standards Organization released its own net zero guidelines aimed at tackling the same greenwashing challenges. Though both sets of recommendations are nonbinding, corporate boards should take note as falling short of best practices becomes less excusable to stakeholders.

Scope 3 emissions are higher profile than ever. The importance of measuring and reducing emissions up and down the value chain was a key focus at COP. The UK, EU, and ISSB have all clarified the importance of capturing Scope 3 emissions within their respective reporting requirements in recent weeks. The Biden administration also announced that major federal contractors and suppliers will be required to work toward alignment with the Paris Agreement and disclose their environmental impacts through CDP. As the most significant purchasing organization in the world, the US government has direct influence over much of the private sector. The true magnitude of this policy, though, may only be revealed in its secondary effects; as affected companies calculate their own greenhouse gas footprints, pressure on their own supply chains to up their game builds—effectively rippling through the broader economy.

Technology will be a critical enabler. It would not be a COP without much of the conversation rehashing just how difficult executing the ideas and plans will be. For example, calculating Scope 3 emissions requires companies to gather data from both primary and secondary suppliers and customers—a task that only gets more difficult to accomplish as businesses grow and spread out. In the COP27 Innovation Zone, leaders in the private sector came together to collaborate on emergent solutions for the climate crisis. Bain & Co., for example, hosted panel discussions with companies like Google, Persefoni, and Sylvera on how technology and data can unlock new decarbonization levers. Companies that are early on the path to net zero should ensure their teams are considering climate technology as critically as they would for information technology or operations.

With climate change issues front of mind for many directors, these takeaways provide a starting place for discussions in boardrooms.