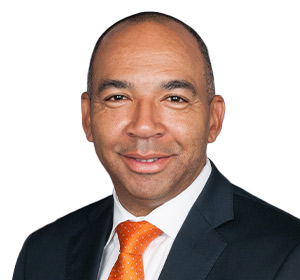 Why, What, and How to Communicate around Diversity, Equity, and Inclusion

Being born at Sibley Memorial was one of many racial firsts I witnessed in my early life. My father also became one of many firsts in the mid-1980s as the first Black clerk of the Superior Court in Washington, DC and the first Black vice president and general manager of DC Natural Gas. Growing up in a city that was majority Black (and still is, but barely), that always struck me.

Thirty-five years later, I wonder how my father would have reacted as a Black manager of a major utility in Washington, DC to all that has transpired in 2020. I wonder that because if the last several months of racial reckoning and social upheaval have taught us anything, it’s that everyday Americans are as focused on an organization’s social impact and footprint as they are on the services it provides or the products it makes. We have migrated from a land of “firsts” to a world of “musts” and arrived at the reality of engaging an audience that is radically different from just five to 10 years ago.

So, how do you as a business leader or board member talk about your company’s diversity efforts and initiatives without sounding self-serving and disingenuous? Does it make sense to broadcast what you are doing if you’re just getting started and have made little progress?

Below are some strategies—a quick roadmap of the why, the what, and the how—to help organizations that are struggling to communicate this sensitive but important topic.

The convergence of unprecedented and enormous health, economic, and social crises has upended our society. We are in the midst of our own social justice movement, similar to that of the 1960s. Every organization has been impacted and likely feels vulnerable on multiple fronts. One glaring truth that has emerged is that corporate America, the stereotypically well-intentioned nonprofit sector, and even small business start-ups now realize more than ever the urgent necessity of greater diversity in their ranks both because stakeholders are increasingly calling for it and because it’s good business. Indeed, a 2016 Harvard Business School survey revealed that more diverse companies make up to 69 percent more in net income and revenue. Ninety-one percent of these companies reported greater customer satisfaction.

Set clear and defined goals. Companies that are now making statements about tackling racism need to follow it up with concrete action to avoid being seen as exploitative.

Once aspirational goals are set, ensure follow through. Customers and clients want to hear about results, not just good intentions. Highlight every outcome, even the small ones. This will build into a larger, more powerful narrative.

Say what you do and do what you say. It’s important to be honest, take responsibility, and openly talk about any missteps or what could have been done differently.

An example of “The What” done well: In 2015, Salesforce.com performed an internal audit that revealed a pay disparity between men and women who worked at the organization. Instead of quietly covering it up, CEO Marc Benioff made it an opportunity to push the industry forward and fix the problem by dedicating $6 million over two years to correct compensation differences by gender, race, and ethnicity across the company.

The next step on the journey to becoming more diverse, inclusive, and socially just? Be open and transparent—warts and all. Everyone preaches transparency in communications, but it is an even more important trait when talking about diversity and inclusion. Municipalities, companies, and nonprofits that are not transparent will be perceived as lacking in trustworthiness and commitment. Furthermore, in the post-George Floyd world, entities who ignore diversity and inclusion in their communications altogether will be viewed as tone deaf to the current social environment.

Celebrate the company’s accomplishments, admit any weaknesses, clearly articulate challenges, and communicate a plan for improvement, as Salesforce did in the example above. Shareholders, investors, stakeholders, and especially employees will appreciate truthfulness, and the organization will demonstrate that it is taking its goals and commitments seriously.

Today’s environment demands authenticity and communication. Audiences no longer see a meaningful separation between the operation of a company and the social or moral stance it takes. Communicating to the public as an organization on an issue (even a divisive one) is a better choice than staying silent.

We are a long way from Sibley Memorial Hospital in 1966. Diversity, equity, and inclusion is no longer a nice-to-do or a side bar to the core of a business—it is the core of business. Not only does it allow better engagement of all stakeholders and make sense on a principled level, but it is also good for the bottom line.

Mean it, do it, communicate it.

David Duckenfield is the president of Balsera Communications, an award-winning multicultural public affairs and communications agency that helps companies engage with diverse audiences.

Editor’s note: This piece was originally published on LinkedIn on August 25, 2020 and a version is republished here with the author’s permission.

I agree that making meaningful progress in improving diversity, equity and inclusion requires transparency, commitment to action and consistency that starts at the top of the organization. And, as you noted, progress is enhanced when organizations go beyond setting internal goals in communicating commitment to outside stakeholders, including customers, suppliers and advisors. Accross-the-board accountability are essential in getting beyond mere words.