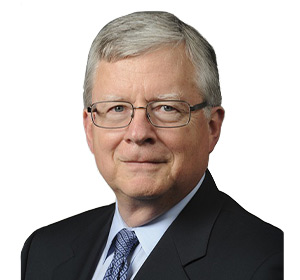 Business and Politics: When Should Companies Take a Public Position?

Those of us who lived through the 1960s hear a loud echo of those turbulent times in the challenges of the current decade.

The ‘60s were a time of war and protests, assassinations, racial discrimination, and the fight for civil rights and against environmental pollution. The decade began and ended with recessions. Many of our current challenges are, unfortunately, the same—with some new complexities, such as gun violence, the climate crisis, and (of course) the pandemic. On top of that, social media and a far more polarized political discourse have heightened emotions and detracted from the quality of debate.

Another difference between the ‘60s and today is the greater prominence and power of corporations, with businesses now viewed as more competent and ethical than both governments and the media. Employees and consumers are paying more attention to corporations’ policies and practices when deciding where to work and what to buy. And corporate social responsibility is broadly accepted as a legitimate pursuit of public companies, at least so long as there is a reasonable nexus to long-term shareholder value.

All of this raises several questions in the minds of those who think about corporate governance: What does this sea change mean for organizational leaders in terms of addressing social issues, particularly political ones? And what are the best practices for companies considering taking a stand?

Should organizations and their leaders generally take a public stand?

Given the factors described above, it is becoming something of an expectation for CEOs to issue personal statements or for their companies to issue statements and take action on social, environmental, and political issues. For example, a stunning number of corporations, executives, and others signed the “We Stand for Democracy” statement that appeared on April 14 as double full-page ads in The New York Times and The Wall Street Journal.

Taking positions on political issues has generated more pushback than position-taking by corporations on social or environmental issues. However, some argue that in an age when every subject is politicized (think of mask-wearing), it is hard to say what is not “political.” Correspondingly, in these fraught times, silence is often construed as a statement. And then there are the more broad-brush assertions—that democracy is good for business and even necessary to preserve capitalism; thus, taking political positions that support democracy is good for corporations and their stakeholders.

There are also some assertions against taking a stand on political issues. “[A]nnouncements on purely political issues will alienate many… employees and customers,” argued Harvey Golub, former American Express Co. chair and CEO, in a Wall Street Journal opinion piece. He also believes that there is “no limiting principle” when CEOs comment on issues unrelated to their businesses; when CEOs comment on one concern, they open the door to being called on to comment on all social concerns. And as Home Depot cofounder Ken Langone said in support of the company’s cautious statement on voting rights, “If America is about as evenly divided as it appears it is, you’re going to piss off one side or the other [of] your customers.” (Interestingly, Arthur Blank, another Home Depot cofounder, was a signatory of “We Stand for Democracy.”) It is notable that many who oppose CEO and corporate political speech do not seem to oppose corporate political contributions or CEOs publicly endorsing and raising funds for individual candidates for office.

How can boards and CEOs decide whether their organizations should speak out on specific issues?

Board members, CEOs, and other company leaders may see key opportunities—or imperatives—to speak out on political and social issues in the coming months and beyond. Board members should help CEOs understand that they should expect to have a discussion with, at least, the leadership of the board before either the CEO or the corporation takes a position on a controversial political issue. That discussion might start with weighing the above arguments for and against taking a position and deciding which they find to be most compelling.

If the company or individual is still considering taking a position after this, the board and CEO might engage in a traditional corporate social responsibility analysis to reach a rational business judgment about whether taking a particular position is to the long-term benefit of shareholders. For controversial issues (political or otherwise), this means netting the costs of blowback against the benefits of speaking out.

Benefits can include positive reactions from important constituencies, such as employees and customers, and avoiding negative reactions that might result from silence. Speaking out responsibly can also burnish a corporation’s general reputation. On the other hand, not all constituencies will have the same reactions and the implications of that should be considered.

To help guide this decision, boards and CEOs would also benefit from a thoughtful consideration of the following questions:

Not every CEO or board will conclude that their corporation should take positions on controversial political issues or other social topics. For those that do, following good governance practices will help ensure that taking a position can be defended as an exercise in appropriate corporate social responsibility.

Thomas A. Cole is a lawyer who teaches a seminar on corporate governance at the University of Chicago Law School and is the author of CEO Leadership: Navigating the New Era in Corporate Governance. The views expressed in this article are not necessarily the views of his law firm or the university or its law school.