Winning Start-Ups: Where Are They Now?

If you joined the National Association of Corporate Directors (NACD) for its inaugural Dancing With the Start-Ups (DWTS) competition at the 2016 Global Board Leaders’ Summit, you heard from 12 cutting-edge start-ups in the financial, energy, and health care industries. Founders and CEOs from each start-up had four minutes to pitch their companies to a panel of expert judges. NACD recently caught up with the winning companies—Vital Vio, BoostUp, and Disease Diagnostic Group—to see what they have been up to in the past seven months.

Illuminating the War on Germs

Colleen Costello, president and cofounder of Vital Vio, explained that refining Vital Vio’s disinfecting technology to VioSafe, a single LED light, was a game changer for the company, allowing them to use the technology in the home. VioSafe lights continuously kill germs and, when used in combination with regular periodic cleaning, significantly reduce the number of germs on surfaces. “The individual LED is smaller than a thumbnail,” she noted. “This expanded the opportunities of where continuous disinfection lighting can be placed.” Some popular areas to place the light in the home are under cabinets in kitchens, bathrooms, and offices. These are some of the most-touched surfaces, which also make them the most likely to be covered with a multitude of bacteria.

Vital Vio began to take shape in 2012 when Costello’s grandmother contracted a MRSA infection during a routine hospital stay. Costello, who at the time was studying at Rensselaer Polytechnic Institute, did some research and found that one in 25 patients contract a health-care-related bacterial infection in hospitals. She and a team of researchers worked to develop a better way to control bacteria levels, and Vital Vio was born.

In 2017, Costello’s focus is not only on innovation, but on identifying potential new licensees. The company is working with several strategic partners to increase utilization of Vital Vio’s technology in their products. Vital Vio also was selected as a finalist for the Edison Awards, an annual competition that honors excellence in innovation, creativity, and ingenuity in the global economy.

While Vital Vio has broadened adoption of its products, it faces new challenges. “We’ve moved from the disruptor stage to focusing on further adoption in different markets,” Costello said. “We’d like our technology to be similar to a LEED certification, so it’s a standard practice for facilities.”

Most of us have saved for a major purchase, and we know that saving isn’t easy. BoostUp is an app that helps people establish a daily savings plan and crowdsource additional savings from friends and family, making saving for those big purchases more achievable. Users are further incentivized through special offers from partners. BoostUp founder and CEO John Morgan noted that the app has about 55,000 users who are typically aged between 18 to 34 years. The company also sees other opportunities to engage younger savers, potentially through a parent/child joint savings relationship.

One of the new features that the BoostUp app has added is RoundUp, which is a microsavings tool. Savers connect their most-used credit or debit cards to the app to pay for every-day purchases. RoundUp then automatically rounds up the purchase price to the nearest whole dollar and saves the spare change into the connected BoostUp account.

Morgan suggested that this extra money can be great for vacation funds. “It’s like finding that $20 bill in the pocket of those jeans that you haven’t worn in a few months,” Morgan said. “You set the account up, go about your daily life, and six months later you have extra money in your account. It’s another night out in Vegas, or an upgrade to first class on the plane.”

Morgan noted that BoostUp is partnering with some travel companies to identify related savings incentives. BoostUp is also working with some new partners—including Redfin—and has renewed a multiyear partnership with Hyundai. A new type of partner the company hopes to engage is auto lenders. “The lenders could help consumers who have auto loans through RoundUp,” Morgan explained. “It’s setting money aside passively and getting to a point where you can skip a monthly payment because your RoundUp had enough funds to cover it or you can make an extra loan payment.” 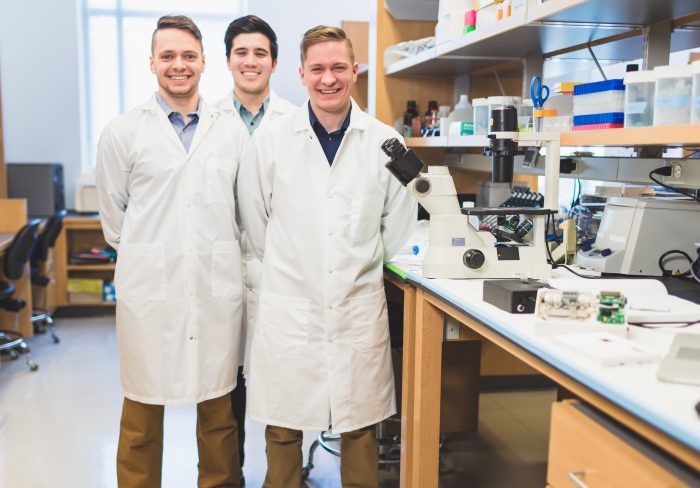 Using only a laser pointer and refrigerator magnets, Disease Diagnostic Group is saving lives around the globe—in fewer than five seconds and for less than five cents per patient. Disease Diagnostic’s technology screens, tracks, and diagnoses infectious diseases through a portable, reusable device. The company has focused primarily on malaria but in the past few months has broadened the scope of the technology to address a wider platform of diseases, including dengue fever. “Zika is next on our radar,” CEO and Founder John Lewandowski said.

One additional challenge Disease Diagnostic faces is finding test groups. “These diseases are rare, and it’s hard to get in touch with the right samples and the right individuals,” Lewandowski explained. “You need to find the right authorities to help you on the path toward commercialization. Sometimes you outgrow whom you are working with, or your path and priorities change.”

Over the long term, Lewandowski said he hopes that the company will continue to expand the technology to test for even more diseases. To do this, Disease Diagnostic will continue to focus on finding the right strategic partners. “To pitch a new product, you’re fighting two battles,” Lewandowski said. “One, you’re in a new market and need to convince people [to invest], and two, to prove the effectiveness of the device. On top of that, you need to prove the technique of the device as well.” 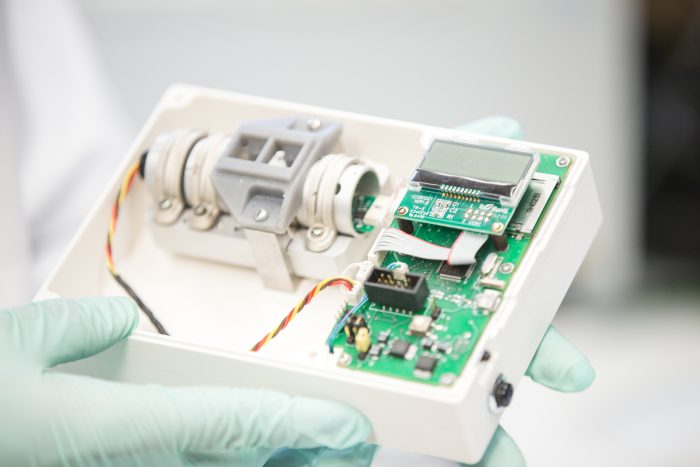 The inner working of the simple device that diagnoses malaria.

Disease Diagnostic is prepared to work through these challenges. If successful, the company is poised to be a game changer for global health. Imagine a future where more diseases could be diagnosed less expensively and effective treatment could be administered immediately. Lewandowski said that while the company is only able to work on one to two diseases at a time, the more the company is able to prove the effectiveness of its diagnostic technology, the broader its impact could be. “If we prove the business case, then we can be licensing out to flu, TB, anything a particular partner has of interest, and develop specific applications,” he said. “The solution is potentially here, and you can put it in the hands of almost anybody.”

Join Us to See the Next Generation of Stars

Back by popular demand, NACD will host its second DWTS at this year’s Global Board Leaders’ Summit on October 1 in National Harbor, MD. Participating start-ups will be announced soon. Check our website for the most up-to-date information.