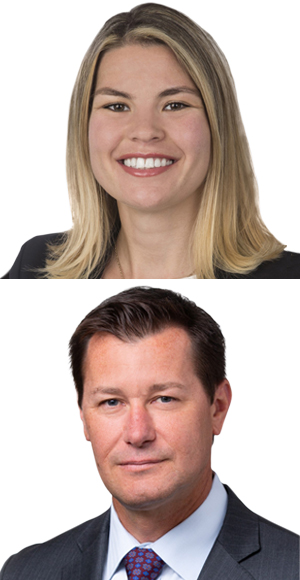 By Ashley Eickhof and Jeffrey Martino

What Directors Should Know About Wage-Fixing and No-Poach Agreements

By Ashley Eickhof and Jeffrey Martino

On July 9, President Joseph R. Biden Jr. issued an executive order to promote competition and antitrust enforcement in certain key sectors, with a focus on the labor market. The order includes a call to action to ban noncompete agreements and other clauses that may unfairly limit worker mobility, and it looks to strengthen guidance on collaboration to prevent the suppression of wages and benefits among employers. In addition, the US Department of Justice (DOJ) Antitrust Division, Federal Trade Commission (FTC), US Department of the Treasury, and US Department of Labor will be reviewing and reporting on the impact of competition in the labor market.

Corporate directors should expect to see further regulation as a result of this order, in particular as the agencies begin to implement the initiatives. That means it’s vital for directors to understand the context surrounding the order, the current rules, and what their organizations should be doing now.

Where did this all start, and why is it important?

In 2016, the DOJ and FTC published guidance outlining the types of agreements and information-sharing that could raise antitrust concerns with respect to the labor market. It states the widely accepted principle that employers’ agreements to not poach each other’s employees or to fix salaries or benefits may be unlawful. What is particularly noteworthy, however, is that the guidance states that so-called “naked” agreements—no-poach agreements among competitors that are not ancillary to a separate legal transaction or collaboration—are per se illegal.

Historically, this conduct was pursued as a civil violation. The 2016 guidance brought forth a major policy shift by introducing the possibility of criminal charges for these labor market violations. This triggered an onslaught of scrutiny in the market, and we have since observed an increase in investigations and enforcement of this conduct.

Almost five years after the guidance was issued, the DOJ began following through on its promise of potential prosecution. The agency has brought several wage-fixing cases in the health-care space: In December, the DOJ brought its first criminal wage-fixing case, and only a month later, a federal grand jury returned a two-count indictment against the company owner for alleged anticompetitive no-poach agreements. In a superseding indictment, another executive at the same company was charged in April with wage-fixing and obstruction. In March, a separate health-care staffing company and local area manager were indicted for allegedly colluding to suppress wages and not poach each other’s nurses at one school district in Las Vegas.

We are starting to see the agencies enforce these “naked” no-poach or wage-fixing agreements in the same way they enforce agreements for price-fixing or market allocation. We expect to see more indictments of both individuals and businesses for these alleged anticompetitive agreements and increased regulation surrounding this market. The agencies have indicated that they will continue investigating this conduct in the same way the DOJ traditionally investigates and prosecutes cartels.

First, directors should know what’s not allowed. Federal agencies have deemed the following practices to be per se illegal:

“Naked” no-poach or wage-fixing agreements are agreements that are neither vertical in nature nor ancillary to certain legitimate agreements, as noted in the 2016 guidance’s exceptions. Ancillary restraints—agreements that are reasonably necessary to a legitimate business collaboration—are not per se illegal. A no-poach agreement may be allowed when contained within a reasonable business transaction, such as if the provision or agreement is reasonably necessary for a joint venture or a merger and acquisition.

If a business needs an agreement in this area, there should be a broader pro-competitive goal. The no-poach or wage-fixing aspect should not be the reason behind the agreement, and the application should be tailored. Businesses should avoid agreements with a broad scope and they should tailor agreements to a smaller group of high-level employees. Agreements that apply to entry-level attorneys, for example, are unlikely to be found to be necessary to accomplish a transaction.

Companies can also limit the duration of the relevant provision, such as only during a joint venture or merger. A business may be better able to justify these provisions during a contract with a fixed term rather than one that has a lengthy or indefinite period. The key is to narrow the scope: the less restrictive the provision, the less chance of scrutiny from the authorities.

Directors should monitor competitive trends and activity in the market. Certain skills being in high demand but short supply, or a particular competitor going on a hiring spree, could create risky conditions that lead to illicit discussions or agreements. Companies should consider what their legitimate options may be to ensure they have adequate and appropriate protections in place.

We recommend that boards work with management to take the following actions to avoid running afoul of antitrust laws:

Ashley Eickhof is a senior associate in Baker & McKenzie’s North America Antitrust & Competition practice group, and Jeffrey Martino is a partner in the firm’s Litigation and Government Enforcement practice group.