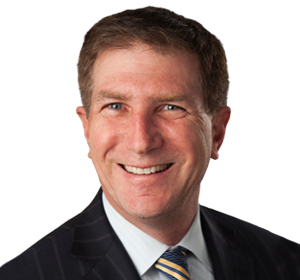 All public company investors, executives, and directors as well as the bankers and lawyers that represent them should unite in support of the Twitter board’s enforcement of the merger agreement with Elon Musk. If Musk prevails in his thinly veiled attempt to obfuscate his buyer’s remorse and renege on a legally binding contract, the ensuing chaos will not only undermine Twitter but all companies and their shareholders that rely on the integrity of our corporate governance, legal, and capital markets ecosystem.

The only relevant issue here is whether the merger agreement that Twitter and Musk entered into on Apr. 22, 2022, is enforceable or whether Musk has a valid argument to terminate the agreement.

There have been a lot of distractions surrounding this transaction and Musk’s attempts to terminate the merger agreement, so let’s be clear, this is not about:

Public company boards have fiduciary obligations to their companies and shareholders and these obligations are at their highest level of sensitivity when considering an agreement for the sale of the company. Some obvious reasons for this heightened sensitivity are that a sale transaction can end the public company life, cap the upside, and set a specific price that is open to criticism from shareholders and plaintiffs. Another important reason that deserves more attention is that a typical public company merger or acquisition agreement puts significant constraints on how the to-be-acquired company can operate between signing and closing, and if the merger is not consummated, the company will likely be materially harmed as a result of these constraints. For these reasons, public company boards are well advised to minimize the risks of transactions failing to close by ensuring the terms of the merger agreement eliminate virtually all contingencies within the buyer’s control.

Since Musk wanted to move quickly to a definitive merger agreement that preempted Twitter’s opportunity to run a full competitive sale process, Musk offered—and the Twitter board agreed to—a seller-protective agreement that effectively accepted Twitter “as is” by waiving any opportunity for due diligence.

Unfortunately for Musk, the economy and markets weakened after he signed the agreement, and Tesla shareholders were particularly unhappy with Musk’s decision to buy Twitter and sell a large portion of his Tesla shares to fund the transaction. Musk apparently changed his mind after signing the agreement, and on July 8, he submitted a letter of termination based on  arguments that he believes the amount of spam bots on Twitter is greater than publicly disclosed. Musk and everyone else knew about spam bots before he signed the agreement; he could have asked to perform due diligence on that before signing, but explicitly waived that right. The fact that Musk is complaining about spam bots after the fact seems to be an obvious pretext to extricate himself from an agreement that he no longer likes.

If Musk successfully terminates the agreement, it would not only leave Twitter in shambles, but it would set a precedent that essentially says that a definitive merger agreement is not binding after all and is more like an option in which the buyer can close the deal if he or she wants to, or walk away if it suits his or her evolving personal interests. If this precedent is established, it would send a chill through all corporate mergers and acquisitions as public company boards could no longer be confident that a definitive merger agreement will lead to a closed transaction on the agreed-upon terms if the buyer changes his or her mind.

The Twitter board has commenced litigation in the Delaware Court of Chancery, persuasively refuting the arguments Musk has made for termination and seeking to compel Musk to close on the agreed-upon terms of $54.20 per share. This is the right thing to do. Twitter should not accept anything less. The fact that Musk has buyer’s remorse for a transaction that he initiated cannot give him license to damage the company and its stakeholders, and then walk away.

Most importantly, Twitter’s board needs to prevail in the Delaware Court of Chancery to demonstrate that merger agreements are, in fact, legally enforceable contracts, and no buyer can renege on the commitment to consummate a transaction simply because their interests have changed. Nothing less than the viability of the entire ecosystem that corporate executives, directors, investors, and their attorneys and bankers rely upon depends on it.

Hello Ken – was the data provided to Musk regarding bots accurate as purported in the deal? Did Twitter in fact make a legal statement of fact to the Musk team regarding the bots that they seem to have grossly under-reported for some reason? Musk can waive his DD plans, but the information coming from the other side must still be responsible and accurate, and it appears this was not the case. Whether it offers Musk an exit ramp or not, that fact is that diligence must stand on its own as accountable, and if not, it could be enough to potentially terminate the deal.

This article is utter nonsense. It’s very basis lacks any merit. The writer had a right to his opinion however misguided and ill informed it is. I’ve worked on Boards for many years, what is needed is accountability by management! Management needs to stay out of politics and away from the very ill conceived points this author makes. The ultimate stakeholder is the shareholders!

As a Director and technologist who has served boards in both public and non-public companies, in most industries – I could not DISAGREE more. Each year, my team and I, are further amazed at how often boards fall into this trap – decision-making regarding strategy or M&As with no board-experienced technologist examining how IT (in this case, the Twitter facts regarding how many are bots / fake accounts) can be one of the most significant assets OR potential liabilities in the M&A deal. The notion that the acquisition should proceed without regard to this answer exemplifies a complete lack of understanding regarding technology and the potential impact on the company's valuation.
The acquirer's first fiduciary responsibility is to protect current stakeholders impacted by an M&A transaction. Hence, the M&A industry has a protocol via this process we call "due diligence," – during which time (in my opinion) if answers to questions are insufficient or materially impact valuation, liability, etc., then there is a fiduciary responsibility to stop the transaction – period. Some will say that Elon Musk forfeited this right. It appears to me those calling for forcing the deal to consummate, have made this personal. That is to say they can not separate the Musk personality from the position his position as the CEO of an acquiring company. It’s my understanding Elon Musk the person is a separate “entity” from the CEO of the acquiring company (Elon Musk the CEO) and that fiduciary responsibilities of any officer of a company are not arbitrary. Therefore, as CEO of the acquiring company he might be able to abrogate the details of a rigorous due diligence process, however, that is not the same as forfeiting the right to ask a fundamental question about the core business of the company. This is especially true when the principle "caveat emptor" still prevails in capitalism – whether one buys a house or a company.
When a company cannot or will not answer a simple yet sagacious question – "what percentage of Twitter accounts are "bots" (fake accounts)?", then the phrase, “something may be wrong in the state of Denmark” comes to mind. As a Twitter stakeholder, I believe the answer to this question should be monitored, known and disclosed to all stakeholders because the answer leads to other fundamental questions about the business, risk, privacy and security.
Twitter’s reticence in answering this basic question should encourage all of us to ask this and more. For example;
1) At what ratio of real accounts versus fake bots do the answers to this question create a shift from "acceptable" to "material risk" to something more (e.g. failure to disclose to the public)? What if 30% of twitter accounts were bots (fake)? How would current Twitter users and stakeholders feel about that?
2) Why do these bots (fake accounts) exist?
3) What do these bots (fake accounts) do? What if even 1% is charged with systematically
creating counterarguments/perspectives to real Twitter accounts?
4) What influence have these bots (fake accounts) had in the past?
5) Who determines the purposes of these bots (fake accounts)? Is that managed? If so,
how? Is that enough?
6) Does the active Twitter community know that bots (fake accounts) communicate with them and potentially influence their discourse? Should they know? Who determines that?
7) Are there potential privacy implications for this or similar bot (fake account) activities?
8) Is the company paid for actively influencing legitimate Twitter accounts (e.g., sales,
marketing, politics)?
9) What does effective governance look like in a world with bots (fake accounts) chatting
with real users?
10) What disclosures or risk mitigation should have been made for bot (fake account)
activity?
11) Are there potential privacy violations in how these bots (fake accounts) collect
Information and respond?
12) What potential liability do the bot (fake account) activities carry for past or future
operations?
13) What are the cybersecurity implications in how these bots (fake accounts) operate?
14) Would the active Twitter community remain loyal if this and other bot (fake account)
activity and statistics were disclosed?
Indeed, the answers to the first question and more subsequent questions have a material impact on risk, valuation, good faith disclosure, cybersecurity a potential tail of liability that would follow the acquiring stakeholders well into the future.
In a world where "Caveat emptor" is a prevailing principle, why should a judge then mandate Elon Musk and all its stakeholders to take that risk forcibly? If this is the prevailing opinion (forcing the acquisition), maybe it is time for a mandate that all boards have technology representation.

Ken,
I cannot agree more. If the courts do not side with Twitter on this matter, it will place Boards in an extremely difficult position to evaluate potential sale/merger transactions.