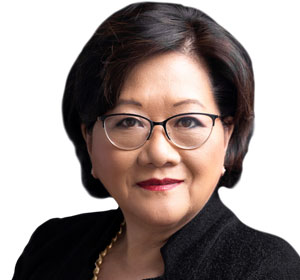 Directors spend the bulk of their time every quarter reviewing financial results and receive updates on enterprise risk. However, very little time is spent reviewing talent development and succession planning. Compensation committee agendas and metrics tend to be dominated by executive compensation discussions, and relatively little focus is given to measuring and tracking talent development and retention across the leadership suite.

Panelists at a recent event hosted by NACD Texas TriCities’ Chapter, all leaders in the field of executive management and human resources (HR), discussed board-level talent oversight. Barbara Duganier, director, Buckeye Partners, served as moderator of a panel including Eileen Campbell, former vice president of human resources for Marathon Oil; Doug Foshee, former chair and CEO of El Paso Corp.; and Steve Newton, partner, Russell Reynolds Associates. The conversation confronted the fact that while the vast majority of CEOs are promoted from within, boards spend very little time on executive leadership development—and even less time on talent development beyond the chief executive.

The development of executive HR talent in an organization seems often to be left to chance. Whether it’s because the CEO and board don’t place critical importance on the position, or the HR leader views their role less as a strategic asset and more as compensation or benefits cost center, development of HR talent—and others in the executive pipeline—deserves more board-level attention.

Below are several challenges that were discussed, as well as some solutions to developing talent and value from your company’s HR leadership.

Challenge 1: People think they’re good at recognizing talent, but biases and lack of process might lead to missing out on promising people. Ask any executive to identify high potential employees, and they can always name a few promising people. However, because the ability to recognize a talented person is considered a soft skill, it doesn’t get measured or tracked on a regular basis. Interestingly, most people will identify people in their own image—just younger. Therefore, if the leadership team is not diverse, promising people may go overlooked that do not meet preconceived notions of what leadership looks like.

A Solution: Measure and track. HR leadership and the board should insist on tracking talent development-specific metrics with the same level of importance as financial metrics. Measuring also allows boards and executives to notice unconscious biases in recruitment and talent development.

A Solution: Once people are identified as high-potential employees, they should be considered “group resources” rather than belonging to a department or division. By operating across departments, leaders outside of the individual’s direct supervisors can take part in nurturing the long-term development of employees’ talents.

Challenge 3: People are reluctant to put high performers in certain roles due to a fear of failure that could result in career derailment. As a result, sometimes leaders are not “tested” outside their comfort zone, and can remain unproven until they’ve ascended to the role of CEO.

A Solution: Develop a program similar to General Electric Co.’s “popcorn stand,” a concept shared by Doug Foshee. This concept provides a future leader with significant responsibility outside his or her comfort zone in a part of the business where commercial impact on the overall organization is less relevant. In smaller organizations, these could be roles that require managing through ambiguity or necessitating cross-functional skills. In larger organizations, these could be special projects or small profit and loss businesses whose bottom line is minimal or negligible.

Challenge 4: Boards are not comfortable addressing CEO succession if they have just named a new CEO. Steve Newton remarked that given the average tenure of a CEO is four to five years, it’s never too soon to begin assessing readiness of internal candidates if you believe they have gaps between current and desired capabilities.

A Solution: Identify a wide candidate slate within an organization early in a CEO’s tenure and begin developmental plans to grow a leadership team that has both breadth and depth of understanding.

For additional NACD thought leadership on effective management of human capital culture and talent development, members can review the Report of the NACD Blue Ribbon Commission on Talent Development. Key takeaways from speakers at the chapter program can be downloaded here, and to view the entire program visit NACD Texas TriCities Chapter YouTube Channel.