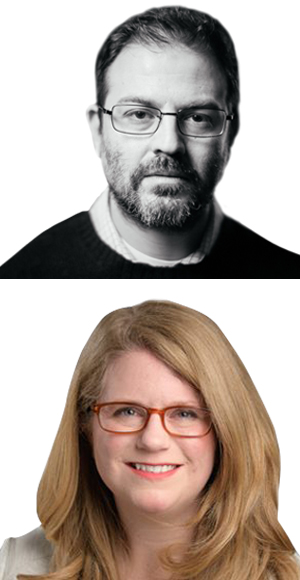 By Barton Edgerton and Katie Swafford

By Barton Edgerton and Katie Swafford

For the past several decades, companies have been under significant pressure to cut costs. Supply chains and procurement processes were areas ripe for increased efficiencies, as globalization not only opened new markets but also made transportation between them smoother. Just-in-time inventory shipments aligned supply and production cycles. This led to lean cost-efficient efforts that worked well as long as factories were open, shipping lanes were clear, and the global economy was running smoothly.

However, the COVID-19 pandemic exposed that lean supply chains are also brittle. As the world enters its third year of coping with the impact of the pandemic, a different set of disruptions caused directly by Russia’s invasion of Ukraine and indirectly by resulting sanctions may exacerbate supply chain difficulties for many. The obvious solution is to diversify and, in some cases, onshore critical pieces of the supply chain. That said, this is expensive, will take time to establish, and may impact margins or costs for consumers.

At the same time, energy prices are likely to rise, inflation is pervasive, and many leaders are still figuring out how work will get done in their organizations in a new normal. If this were not bad enough, companies’ suppliers—and their suppliers—are in a similar bind.

What guidance can your board provide to executives to navigate supply chain impacts caused by geopolitical turmoil and sanctions? A summary of current challenges and questions to ask follows.

Energy Disruptions May Last a While

One can’t help but notice recent fluctuations in the oil market, with a single barrel costing more than $100 at publishing time. In 2020, Russia was the world’s third largest oil producer, generating about 10 percent of global supply. The country also provides about 40 percent of Europe’s natural gas. Although Western sanctions have yet to directly target Russia’s oil and gas industry, work on the Nord Stream 2 pipeline from Russia to Germany has been halted and a variety of economic sanctions make general trade with Russian enterprises difficult. BP and several other energy companies have announced their intention to withdraw from Russia. Any way you slice it, the global oil market is tighter than it was before the invasion of Ukraine.

In the short term, firms are expected to deal with price fluctuations. While many organizations may have hedged against price spikes, a wide variety of costs could rise as a result of increased transportation costs across the supply chain. In the longer term, many unknowns remain. One could imagine a worsening scenario if sanctions are applied to the oil and gas industry specifically. There may also be other long-term implications on energy consumption as a result of current energy woes. For example, Germany has accelerated its goal to move to 100 percent green energy, aiming for energy independence by 2035 instead of 2040, with the intention of ending reliance on Russian-supplied natural gas. Between now and then, a prolonged shortfall in oil production is likely to raise prices in an already inflationary environment, harking back to the 1970s stagflation.

Potential disruptions in global grain supply could negatively impact consumers and industries directly. Together Russia and Ukraine account for about 30 percent of global wheat exports and nearly three-quarters of sunflower oil exports. Much of these exports flow directly through the Black Sea. Like oil, grains exist in a global market where local prices are set by global competition.

In the short term, the disruption to grain and sunflower oil supply are likely to impact those countries that rely on Russian and Ukrainian grain imports. Further, more direct consumer prices for food may increase across the board. Far away from the main importers of Ukrainian wheat—Egypt and Indonesia—American consumers are likely to see prices on many grocery store staples rise, further eroding potential salary gains already mitigated by inflation.

Threats to Technologists and Hardware

Software and hardware engineering alike are poised to be disrupted by the war in Ukraine in the short and long terms. As Ukrainians flee their nation, they also become disconnected from their work. A significant number of Ukrainians are technologists by trade. According to reporting by Fast Company, in 2021 there were nearly 200,000 people working as software developers in Ukraine. Their employers range from Grammarly and Readdle, two globally known Ukrainian companies, to Microsoft Corp. and Salesforce.com’s Slack, two major US companies that contract with Ukrainian, Russian, and Belarussian developers.

The safety and well-being of this highly skilled workforce is paramount for the companies employing Ukrainians. Many businesses are focused on executing contingency plans for their employees and contractors first to preserve their lives. As such, organizations that rely on Ukrainian freelance talent for updates and development of software solutions should expect significant delays to their projects while waiting for the geopolitical environment to cool and for people to find the safety and security required to do their work.

Meanwhile, significant supply chain disruptions are already affecting the trade of rare earth minerals and heavy metals found in Ukraine and Russia that are used to manufacture computer hardware. Russia and Ukraine together are the primary exporters of neon, an essential element in semiconductor production, accounting for 40 to 50 percent of global supply according to reporting by the Wall Street Journal. Russia is also a primary source for palladium, a metal used in some computer chips. The breakdown of these supply chains and the impact of sanctions on trade with Russia are likely to have ripple effects on the manufacture of any product requiring semiconductors, including in the automotive, aerospace, and consumer electronics industries, which have been facing supply chain challenges since the start of the pandemic.

Analysis from the Wall Street Journal notes that small producers are likely to face the most significant price increases and that the impact on cost is likely to increase with the length of the conflict. The same is likely to be true for most supply chain quandaries caused by this conflict. US capacity for sourcing these materials from the homeland is possible but requires time and retooling. The White House called for diversification of semiconductor materials suppliers on Feb. 11, nearly two weeks before the invasion of Ukraine.

Questions Your Board Can Ask Now

This is the acute phase of a situation that is likely to impact supply chains for some time. As a result, the below questions are meant to address immediate-term concerns while teasing out what companies might have to address in the longer term.

The questions your board will need to ask about the supply chain are likely to change over time, so be sure to revisit and reassess accordingly.

For more resources that can empower your board to better oversee the company in this time of geopolitical upheaval, see the NACD Russia-Ukraine Crisis Resource Center, “Russia-Related Sanctions”, and the Report of the NACD Blue Ribbon Commission on Adaptive Governance: Board Oversight of Disruptive Risks.