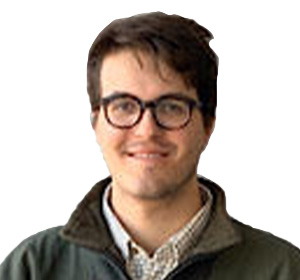 NACD Summit 2021 closed on Friday, October 8, with plenty of fireworks. While topics from the board’s role in stakeholder engagement to diversity, equity, and inclusion (DE&I) are now woven into the fabric of typical boardroom debate, few are able to articulate their thoughts on these matters as clearly—or with as much cryptic humor—as former Delaware Supreme Court chief justice Leo E. Strine, Jr. On the issue of whether boards really can do all that is being added to their agendas, for example, Strine cited lyrics to a memorable disco-era song, “More, More, More,” and unabashedly identified the tune’s obscure originator, The Andrea True Connection.

Strine demonstrated his commitment to other governance subjects, as well, in a conversation with Kim Rucker, a director at Lennox International, Celanese Corp., and Marathon Petroleum Corp., that was sponsored by AIG. Strine since his retirement from the court is now of counsel at Wachtell, Lipton, Rosen & Katz.

Strine made the argument that not only is keeping stakeholders at the forefront of business decisions important, it is a legal requirement. According to Strine, the bottom line of Delaware law is not profit. It is pursuing legal business by legal means, with the laws set forth by society. This means that what businesses can and cannot do is already dictated not by shareholders but by society. With this context, it is imperative that directors keep their stakeholders in mind.

To Strine, BlackRock’s annual letter to CEOs and the Business Roundtable’s “Statement on the Purpose of a Corporation,” issued more than two years ago, were not the drivers of the market shift to a stakeholder mentality. Rather, it is the rise of index funds and 401(k)s that are sparking a focus by asset managers on not just one company’s short-term profits no matter the externalities, but the entire system. That is not to say this focus comes at the expense of profits; instead, understanding a company’s interactions with and impact on the world around it can create sustainable value.

Another topic touched on during the conversation was DE&I. In Strine’s view, the current handling of corporate DE&I initiatives is insufficient in addressing the historical discrimination faced by marginalized communities.

“The word ‘diversity’ in my view has often been used as an excuse to not actually address within America what we did to Black people, in particular, but also other groups who were actually the subject of societal discrimination in the United States,” he said. Statistics can often be used to cover up practices that don’t address the groups discriminated against, and Strine urges that when you think about DE&I in the boardroom, think about pay equity.

On a separate note, Strine said that listening to different points of view by attending meetings of worker councils and during executive sessions, for example, can open windows through which directors can look into their companies. Workers typically offer more unvarnished views of company culture and management performance, and increasing the number of voices heard during executive sessions, such as those of human resources or environmental leaders, can improve the board’s understanding of critical business functions.

Don’t become a different person once you find yourself in the boardroom, warned Strine: “A lot of directors, unfortunately, who may be assertive in their day jobs and when they do other things, sometimes come in and just go through checklists and don’t think like a business person.” Resisting this urge, and being the director you were nominated to be, is essential to seeing the bigger picture and avoiding risk.

Who is on the board matters. There are certain situations in which a current director’s experience and expertise do not match up with the job, especially in a governance world constantly in flux. Strine’s suggestion? Don’t join a board until you really understand how the company makes money. If what the business does is complex beyond your understanding, think twice about lending your expertise. With a company such as Boeing Co., for instance, a former Big Four accountant might not belong on the compliance committee where what is often needed is a deep understanding of aviation.

Too often, board seats are seen as a way to gain status or are given for political reasons or influence potential rather than the deep expertise that is needed to govern comprehensively. For this reason, Strine believes that a focus on complete director independence may go too far in the opposite direction. Instead, boards should aim to have a few directors who deeply understand the business, and if they happen to be non-independent, so be it.

Wrapping the dialogue with Rucker, Strine suggested that if boards and their companies focus on doing right by their stakeholders, such as by paying a quality wage or being good corporate citizens, they will do right by their businesses. The bottom line? When a board considers how its company impacts society, it minimizes risk.

I do not agree with his comment about avoiding risk! Evaluating risks yes.