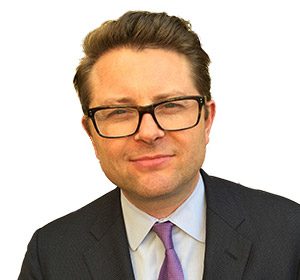 The Business Case for the Rule of Law

With the principle of the rule of law and democratic governance under siege in numerous parts of the world, corporate board members are increasingly considering how global events are creating mounting risks to both their businesses and the bottom line.

These actions are taking place in jurisdictions that have long been high risk for companies. The Democratic Republic of the Congo, Venezuela, and Myanmar, for example, have for some time presented operational challenges as a result of poor governance. In recent years, however, countries thought of as bulwarks for the rule of law have also begun to present challenges for businesses. Some argue that these include the United States, a country that traditionally has been known as a powerful advocate for the rule of law and democratic values and the long-time guarantor of the system of global governance, and the United Kingdom, where the legal and regulatory uncertainty caused by Brexit has seen many investment decisions put on hold.

Just in the last few weeks actions taken by the United States with rule-of-law implications have given some in the business community great pause. US actions regarding Chinese telecom company ZTE Corp. have raised questions as to whether a law enforcement action against a corporate entity can be used as a point of leverage in an international trade negotiation. Notwithstanding policy arguments for and against, the US’s withdrawal from the Iran agreement and pending re-imposition of secondary sanctions create significant uncertainty both for international businesses making investment decisions in Iran, and with respect to the US’s long-term commitments to international agreements. Many also note that America’s executive in chief has imposed considerable pressure on elements of the Federal government whose independence has long underpinned the rule of law in the United States, from individual judges and the judiciary to members of Congress, to law enforcement and the Federal Bureau of Investigation. This pressure has at times taken the form of quite personal attacks that set a concerning precedent, including for businesses that must ask whether they could become a target for a president who dislikes what they may be doing.

It is no secret that businesses do well in jurisdictions where the rule of law is strong: where contracts are enforceable, where fair judicial decisions are rendered without unreasonable delay, where assets aren’t arbitrarily seized or contracts arbitrarily renegotiated, where laws and regulations are transparent and applied fairly, where bribes need not be paid for discretionary actions by government. These are environments where businesses thrive. Indeed, as a 2015 Report by law firm Hogan Lovells and the Bingham Centre for the Rule of Law makes clear, there is a strong correlation between foreign direct investment in a country and the existence of a sound rule of law.

Businesses also do well where basic principles of the rule of law and associated norms are embedded. The separation of powers, the existence of a resilient and independent law enforcement system, and basic respect for truth and fact-based decision making are all important contributors to business success.

Finally, the existence of a strong rule of law correlates with broader societal thriving, making for an invigorated source for customers, employees, partners, and suppliers.

Given this reality, it is imperative that boards be sensitive to the range of rule-of-law issues that impact their businesses, even in jurisdictions where they least expect it. This means considering specific risk factors involving rule of law, above and beyond more generic political risk factors, whenever contemplating entry into new jurisdictions. The same can be said for assessing merger and acquisition or joint venture prospects, even in places where rule of law issues aren’t on the front page of newspapers every day. Indeed, a broad range of rule of law risk factors should be included in standard risk matrices so that business-critical issues such as prospects for the enforceability of contracts, or the ability to get a fair and timely judicial decision, or the independence of law enforcement are specifically considered when assessing risk. Existing governance and compliance frameworks can readily be adapted to reflect rule of law issues, alongside human rights and other risk issues. Rule of law matters should be included on the agenda of board meetings when appropriate.

In addition, boards should consider their companies’ own self-interest in the existence of a strong rule of law, and decide what their role might be in encouraging better governance, both within the companies themselves and in the environments where they operate. Many high-profile businesses have stepped up in recent months to publicly support such issues as countering climate change (as occurred when the US withdrew from the Paris Climate Agreement last year, which precipitated an outpouring of commitments by businesses to meet the goals set out), or in response to gun violence (as with Dick’s Sporting Goods following the Parkland school shooting), for instance.

In this regard, business can serve as a champion of good governance and the rule of law, advocating for improving the standards of governance where appropriate, and initiating collective efforts with like-minded companies with shared interests in stronger rule of law. Chambers of Commerce and other trade associations can be powerful voices when it comes to advocating for a strong rule of law that encourages foreign investment and secures stable business environments. Directors can urge the associations they are involved in to initiate efforts to support the rule of law, helping to bring to bear the influence and credibility of the business community to move the needle, in a positive way, on the quality of governance and the rule of law. Further, there are business-driven associations that provide a platform for collaboration to support the rule of law.

With the rule of law being challenged in so many countries around the world, businesses have both a strong interest in and ability to contribute to fostering a strong rule of law everywhere. Businesses, and their directors, should be part of the urgent work to publicize and mitigate what it is we as a global community will lose if the rule of law is undermined.

Ulysses Smith is a US-based lawyer and director of the Business and the Rule of Law Program at the Bingham Centre for the Rule of Law. All thoughts are his own and do not necessarily reflect those of NACD.