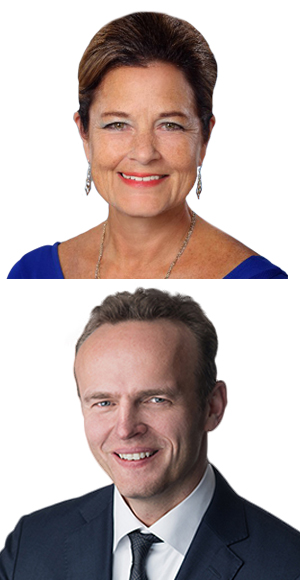 This spring, as usual, most pay-related resolutions in proxy statements will be from corporations seeking shareholder approval of pay packages for named executives. But not all the pay votes will implement this now-familiar “say on pay,” where shareholders look back at the past year’s compensation plan to give thumbs up or down. More shareholders will be proposing their own pay concepts for a vote this season—and many of these proposals will reflect shareholder’s growing interest in social issues.

Directors in 2017 may see a new kind of resolution meant to re-assert any Dodd-Frank pay rules that get stalled or repealed this year. As reported in detail in the January/February 2017 issue of NACD Directorship magazine, President Trump may use executive orders to delay or undo Dodd-Frank, and Congress may revive a number of bills to repeal Dodd-Frank, including the parts of the law focused on executive pay. As expected, the president on February 3 issued an executive order outlining core principles that should guide the rollback of Dodd-Frank era regulations. As a result of this potential pullback on pay rule-making, companies may see shareholder resolutions mandating what those rules would have imposed, e.g., mandates for stricter executive pay clawbacks or for pay-versus-performance and pay-ratio disclosures.

Not surprisingly, directors and shareholders have been talking face-to-face about pay in preparation for this season. The 2016–2017 NACD Public Company Governance Survey reveals some interesting trends. In 2016, 48 percent of respondents indicated that a representative of their board had held a meeting with institutional investors over the past 12 months, compared to 41 percent in 2015. The most common discussion topics at those meetings were executive pay and CEO performance metrics and goals. Another common topic was “specific shareholder proposals,” which no doubt included the range of causes noted in our recent post predicting a rise in socially-minded proxy resolutions.

For many companies, measurement of performance includes social goals. In 2016, 80 percent of respondents to the NACD survey indicated that they consider non-financial metrics when evaluating executive perfor­mance to determine executive compensation. The metrics they use include, in descending order from 37 percent to 8 percent, the following:

Many of these performance metrics could be considered “social” aspects of pay.

The 2017 proxy at Walgreens Boots Alliance (WBA) reveals that Clean Yield Asset Management proposed that WBA issue a report linking sustainability metrics to executive pay. The proposal asks the board compensation committee to prepare a report “assessing the feasibility of integrating sustainability metrics into the performance measures of senior executives,” and defines sustainability as “how environmental and social considerations, and related financial impacts, are integrated into corporate strategy over the long term.” The company recommends a vote against this proposal, highlighting its achievements in the field of sustainability, and concluding that preparing this report would not be a productive use of company resources.

On another note, Apple’s 2017 proxy statement contains two shareholder resolutions on pay—one focusing on increasing the requirements for stock ownership, and one that takes a more social turn. In proposal 8, shareholder activist Jing Zhao brings into the current season an economic concern voiced by a significant number of shareholders across several companies in 2016, when the 250 largest companies saw 38 shareholder-sponsored proposals on pay. While the subjects of these proposals varied, most of the 2016 proposals alluded, in one way or the other, to compensation practice reform.

In summary, Zhao’s proposal takes aim at the identical nature of the senior executive pay below the CEO, and questions the need of a compensation consultant given such conformity. But the supporting details reveal that the proposal is not really about how many advisors Apple engages. Rather, it is about income inequality. Zhao’s commentary goes on to address the larger picture of societal well-being. He quotes Thomas Piketty, arguing that income inequality “has contributed to the nation’s financial instability,” and tracing this inequality to “the emergence of extremely high remunerations at the summit of the wage hierarchy.” (Capital in the Twenty-First Century, Harvard University Press, 2014, pp. 297-298, reviewed here in NACD Directorship).

The response from Apple management addresses the proposal itself rather than the surrounding complaint. Apple’s executive officers “are expected to operate as a high-performing team; and we believe that generally awarding the same base salary, annual cash incentive, and long-term equity awards to each of our executive officers, other than the CEO, successfully supports this goal.”

The sleeper issue this year may be director pay. The 2015-2016 Director Compensation Report, authored by Pearl Meyer and published by NACD, showed only a modest rise in director pay, and predicted the same for 2017. Nonetheless, director pay is becoming a hot issue for shareholders.

Consider the new guidelines from the leading proxy advisory firm, Institutional Shareholder Services (ISS), which serves some 60 percent of the proxy advisory market. Proxy voting guidelines of ISS and Glass, Lewis & Co. contain updates to discourage perceived director overboarding—and compensation does not follow far behind. It is notable that ISS amended its proxy voting guidelines, effective February 1, 2017, to include director pay. The ISS voting changes also include changes to ISS policies on equity-based pay and other incentives, as well as amendments to cash and equity plans, such as mandatory shareholder approval for tax deductibility. But the most unexpected development was ISS’ support for “shareholder ratification of director pay programs and equity plans for non-employee directors.”

ISS says that if the equity plan is on the ballot under which non-employee director grants are made, ISS policy would assess the following qualitative factors:

These values are not new. NACD went on record supporting such concepts in our Report of the NACD Blue Ribbon Commission on Director Compensation, issued in 1995. Every year since then we have issued an annual survey on director compensation with Pearl Meyer (cited above), reinforcing these key points.

In explaining the rationale for its policy update, ISS notes that there have been several recent lawsuits regarding excessive non-employee director (NED) compensation. For a summary of these lawsuits, see the Pearl Meyer/NACD director compensation report cited above.

ISS notes activity behind the scenes re director pay. According to the proxy vote advisor, “some companies have put forth advisory proposals seeking shareholder ratification of their NED pay programs,” and further, “ISS evaluated several director pay proposals during the 2016 proxy season, and we expect to see more submitted to a shareholder vote.”

Say on Pay for Directors?

Given the new interest in director pay, might it become subject to “say on pay” in the U.S.? Such a mandate has already begun overseas. Since 2013, Switzerland has had an “Ordinance against Excessive Compensation with Respect to Listed Companies.” The law mandates annual shareholder votes on the total pay awarded in any form by the company to its directors and, in a separate vote, to its senior executives. The pay period can be retrospective (last year) or prospective (next year). So far, after an initial wildensprung of rebellion against some boards, approval ratings have been very high. The 2017 proxy season may continue this trend—or contain surprises. Given volatility in the global economy, and in shareholder sentiment, it is wise to avoid complacency.

To prepare for proxy season, directors can benefit by visiting the National Association of Corporate Directors’ (NACD) various resource centers, including centers on the compensation committee and on preparation for proxy season.