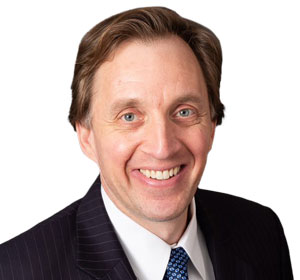 Are You Prepared for a Shareholder Activism Campaign?

The global economic disruption caused last year by COVID-19 presented an obstacle to shareholder activists, leading some observers to expect increased activism in 2021. However, that did not happen.

According to Institutional Shareholder Services, 16 US proxy contests went to a vote during the first seven months of 2021—which is in line with the 12 to 18 contests that went to a vote over the same period each year from 2017 to 2020. What’s more, activists have been less successful this year in gaining board seats at US companies, according to Insightia; they gained 93 seats in the first half of 2021, versus 135 to 198 seats during the same period in each of the previous three years. Activists are also targeting fewer companies so far in 2021—only 449 in North America through October 18; over the same time period from 2016 through 2020, activists targeted anywhere from 553 to 730 companies, Activist Insight data show.

This notable reduction in shareholder activism may be due to the continued strength of the US stock market, or it may be due to structural improvements by public companies. Businesses and their boards cannot control when the broader stock market will dip—but they can prepare for the appearance of an activist investor.

It can be very useful for directors to look at their company from an activist’s perspective. Typically, activists and proxy advisors compare companies to their peers: often two to five of a target company’s closest public competitors. This is how proxy advisors attempt to minimize the impact of external factors on different companies’ results. For example, a mid-priced, casual sit-down restaurant chain would be compared only to similar chains, and not to fast-food restaurants, steakhouses, or even lower-priced sit-down restaurant chains.

Directors can compare their company to business peers based on various categories, such as corporate governance, total shareholder return, and return on capital. They also can evaluate their company based on vital operational metrics, including organic revenue growth; operating margin; and selling, general, and administrative expenses as a percentage of revenue.

Many activists look for—and are quick to point out—substantial negative variances in these areas, as they are easy to screen for. For issuers, having shortcomings from time to time is acceptable. What is less acceptable is either being unaware of such deficiencies or allowing them to persist without pushing vigorously for self-directed change.

Directors must be aware of major weak spots and work with management to remedy those weaknesses. Failure to do so is a surefire way of inviting an activist to seek changes, while also implicating the board for ignoring such issues.

Even after an activist publicly announces its presence, a company still has time to reduce its vulnerability. However, some actions can bolster an activist’s case. These include denying the need for change in the face of obvious underperformance or appointing new directors whose skills and backgrounds appear tangential to the situation. Any mid-campaign change should show that the company clearly understands its deficiencies and is taking steps to address them.

Companies missing the mark is not uncommon. For example, oil giant Exxon Mobil Corp. appointed three new directors during activist Engine No. 1’s campaign this year. Despite ExxonMobil’s efforts, Engine No. 1 persuaded shareholders to instead elect three of its nominees in perhaps this year’s most discussed campaign.

Engine No. 1 overcame several hurdles: it began operations just last year, had never run an activist campaign, and owned a slim stake in ExxonMobil (944,000 shares out of more than 4.2 billion shares outstanding). Nevertheless, Engine No. 1 ran a strong and successful campaign. One of its main points was that ExxonMobil had overinvested in oil and natural gas production, instead of beginning to properly prepare for the world to move away from fossil fuels.

In doing so, Engine No. 1 directly tied the environmental, social, and governance (ESG) efforts of its target to long-term shareholder value. Given Engine No. 1’s success and investors continuing to give greater support to ESG-themed efforts, it seems likely that some future activists will follow Engine No. 1’s lead in this area.

Kurt Moeller is a managing director at FTI Consulting.