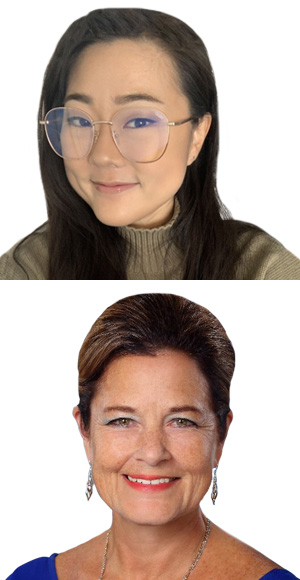 By Madeline Kim and Alexandra Lajoux

By Madeline Kim and Alexandra Lajoux

For corporate directors bracing for long-pending tax changes, the wait is over. After three committee reports, 42 roll call votes, and 295 amendments, the Biden administration’s multi-topic tax and appropriations bill—once known as Build Back Better—is now the law of the land following votes in the US Senate (Aug. 7) and House (Aug. 12) along partisan lines. HR 5376, now branded as the Inflation Reduction Act of 2022, aims to raise $739 billion in revenue through taxes while spending $433 billion on programs (including some with tax breaks for corporations), targeting a net impact of a $300 billion-plus deficit reduction, according to an early summary by its Democrat sponsors. The Office of Management and Budget provided more conservative estimates for deficit reduction in an Aug. 6 letter to Senate Majority Leader Charles Schumer (D-NY).

The law will have an impact on a number of industries including pharmaceuticals, manufacturing, health care, and energy, but directors in all industries can benefit from understanding the new corporate taxes to be levied (a 15 percent minimum corporate tax and a 1 percent excise tax on stock buybacks) and the new corporate tax breaks to be granted (such as tax credits for investment in clean energy). Here is a look at the changes ahead.

New alternative minimum taxes (AMTs) on corporations headline the law, which proposes an AMT of 15 percent. A similar corporate AMT was approved by the 137-member international Organisation for Economic Co-operation and Development last year. This US AMT does not include offshore income.

Proponents of an AMT say that it will fight tax avoidance. Although corporations are supposed to pay a flat 21 percent tax on income (down from 35 percent prior to Trump-era tax cuts), some pay less—or even nothing—due to deductions. A minimum tax will end that flexible approach.

Under the new AMT is Title 1 of the law: all qualifying corporations must pay 15 percent of their income, with adjustments for any foreign AMT credit. Qualifying corporations are those with $1 billion or more in adjusted income on average for the past three years, or fewer if the company has less than three years of tax history, with partial years annualized. Affiliated corporations and partnerships are also covered by the law.

Exempted from the requirement are S corporations, regulated investment companies, and real estate investment trusts (REITs). Corporations that have had a change in ownership (for example through a merger) are also exempted, with the proviso that the treasury secretary will issue regulations for such situations. Exempted corporations could pay as little as $0, says the law.

The New 1 Percent Tax on Buybacks

Also in the legislation is a 1 percent tax on corporate repurchases of a company’s own stock, an action that takes money from the company and returns it to shareholders. The law imposes an excise tax on buybacks, which rival dividends as a way of returning wealth to shareholders; pro-labor pundits have called this “an upward distribution of wealth.” Buybacks, like dividends, have drawn criticism from labor groups claiming that they benefit executives at the expense of workers.

The tax, which becomes effective for tax years starting after Dec. 31, 2022, will be equal to 1 percent of the fair market value of any stock repurchased by a corporation during the taxable year, unless the total value of the repurchases during the year is $1 million or less. It will apply to all US-based corporations with shares on an established stock exchange.

The new law makes no exceptions for repurchases occurring between affiliated corporations, but like the aforementioned 15 percent AMT, it does exempt investment companies and REITs.

Companies will get a break for issuing new stock to the public or to their employees. If a company issues stock during the year, the value of the stock will be subtracted from the value of the repurchase, and only the difference will be subject to tax. Any repurchased stock used in employee compensation plans will not be taxable as a repurchase.

The new law contains tax breaks as well as tax hikes, with many incentives for carbon reduction. The measure has been dubbed the “climate bill,” and for good reason. Estimates by the Rhodium Group show that through this measure, by 2030 greenhouse gas emissions will drop to between 31 and 44 percent below the levels in 2005—a stark increase from the current policy goal of a 24 to 35 percent decrease. Ultimately, the goal is to move America to a net-zero emission country by 2050, a target that climate experts stress.

To reward corporations’ efforts toward sustainability, the legislation outlines numerous tax credits. With the word “tax” appearing 682 times in the 728-page law, this brief blog cannot capture all of them. One such credit goes to qualified solar and wind facilities. These benefits are granted for 10 years, starting on the date a facility first begins offering services. Facilities are considered “qualified facilities” if they:

The legislation sets limitations on fossil fuels and their respective emissions. However, corporations can find bonus relief for building green facilities in energy communities. Energy communities include brownfield sites and communities where at least 25 percent of local tax revenues support fossil fuels.

The government is also investing $2 billion for corporations to build domestically produced “hybrid, plug-in electric hybrid, plug-in electric drive, and hydrogen fuel cell electric vehicles.” Corporations can receive up to $80,000 per van, sport utility vehicle, and pickup truck that fulfills the sponsors’ goals toward sustainable transportation. Other vehicles may be eligible for up to $55,000 in tax credits, additionally.

What Technologies Are Being Incentivized?

The law also includes financing for energy infrastructure reinvestment. This particular incentive requires applicants to submit to the treasury secretary relevant information, including:

This new law also provides businesses financial resources to pivot their energy sources from fossil fuels to the incentivized technologies listed above. These changes can help companies position themselves as stakeholder-facing and innovative.

Despite the drawbacks of the new taxes it imposes, this law can help American businesses be at the forefront of environmentally friendly technology. By redirecting energy sources from fossil fuels to cleaner energy, corporations may gain a new and sharper edge in today’s competitive business landscape.

Madeline Kim is a content coordinator and Alexandra Lajoux is the chief knowledge officer emeritus at NACD.