NACD recently held its semi-annual Leading Minds of Governance program, where a panel of highly experienced governance experts and directors fielded questions on some of today’s most pressing governance matters. In the following highlights from that conversation, the themes of the board’s role in crisis management—and the board’s role in culture oversight as it pertains to crisis management—were explored by Christopher Cernich, founding partner and managing director at Strategic Governance Advisors, Peter P. Tomczak, partner and chair of Baker McKenzie’s North America Litigation and Government Enforcement group, and Wendy Webb, director of Wynn Resorts Ltd., ABM Industries, and 9 Spokes International.

From an advisor perspective, what would you say are the three things that boards need to do to prepare for a crisis, either one they’re currently experiencing or in anticipation of one?

Cernich: You can stick any adjective in front of “risk”, and you’ve got yet another new risk, and that can be bewildering. I think what’s more useful is seeing what’s reported in the newspaper and what you hear from other directors, and unpack mistakes other people have made, both to understand why something blew up and how they could have known about it earlier. 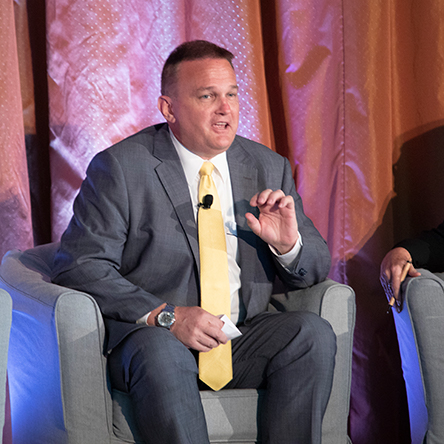 Some risks you can’t control. If there’s a trade war that suddenly erupts, and you’ve got manufacturing in China, that’s not your fault, although you do have to respond to it. If it’s something like fundamental dishonesty or sexual harassment or something like that happening within your company, you can do things to mitigate those issues well in advance.

You personally can’t see around the corner, but you can see the people in front of you. What do they react to that’s around the corner? You can see the people coming across the street toward you, and how they respond will tell you an awful lot. There’s a phenomenal amount of preparation for crisis that you do by watching the mistakes other people make, and by thinking your way through them or reading your way through them.

As a director, you have to think about how a senior leader could fail and the risks associated with each scenario. They could fail through hubris—through taking on too much risk. They could fail by closing up too much, by not being willing and open to learn new things in a new role or new ways of getting to success. To avoid, avert, or mitigate the effects of a crisis that’s going to hit you in the future, you need to look around the corner and rely not just on your own eyes, ears, and experience having been in similar situations, but actively look at what’s in the paper, what’s in the Harvard Business Review, what are other companies going through? Sometimes it’s company-specific, but look for what the fundamental human behaviors are. Where did it go wrong? What might it have benefited from? How is that transferable to the situation I’m in, the board I’m on, and the company I work at?

Management teams typically don’t start out with the intention of doing bad things. That said, what are some of the early red flags that directors may notice if fraud or other wrongdoing is happening?

Tomczak: Although directors themselves do not manage enterprise risk on a daily basis, they do oversee corporate enterprise risk management on a daily basis. The board also establishes the tone at the top, the corporation’s overall tolerance for risk, and the corporation’s compliance culture. Thus, the board oversees how management is implementing policies and procedures to carry out the board’’ strategic directives towards risk.

Directors must comport themselves at all times with their fiduciary duties to the corporation and, derivatively, its stockholders under state corporate laws. In the context of overseeing risk management, Delaware courts have held that directors may be liable for failing to adequately monitor a corporation’s affairs, though this must be sustained and systemic failure of the board to exercise oversight. When there are “red flags” that alert directors to possible problems, Delaware courts have explained that directors may be liable if their failure to act goes beyond mere inattention and broaches scienter.

Most directors understand and appreciate that knowingly violating the law is not entitled to the protections of the business judgment rule. Of course, they are also guided by their own ethics in not affirmatively tolerating known violations of law by the corporation. Red flags may indicate potential misconduct, and the response to a particular red flag adopted by well-informed directors will be highly contextual.

Recent events have highlighted the challenges for boards in responding to potential red flags and, consequently, some of the key practical steps for directors to undertake in overseeing management, which include: demanding that management identify the specific risks that confront the corporation, and then understand the linkages between those risks and the corporation’s strategy and business model; seeking, as appropriate, the input and advice of independent subject matter experts to inform the directors’ decision making, particularly in response to a red flag; avoiding viewing red flags in isolation, as similar or even perhaps different red flags may share a common cause or contribute to a common risk; asking that management report key quantitative metrics on the effectiveness of compliance measures, such as compliance reporting hotlines or third-party due diligence programs; and “rusting their gut” on whether to press management to explain or address further any compliance risks or issues that, from the directors’ perspectives, have not been adequately resolved.

Where on the board should the responsibility of culture oversight reside?

Webb: I’ve served on the audit committees for each of my boards and in that context we have reviewed internal audit’s whistleblower or employee hotline reports at each meeting, which are a sort of measure of corporate culture and tone. We’re starting to create the discipline of looking at the rate of change in certain categories of complaints. If we see anything meaningful from the audit committee review, we bring it to the full board and for discussion with senior management.

So, the audit committee is a place for some oversight of culture. And, certainly the compensation committee has a responsibility to help design remuneration so that people feel they’re well compensated but at the same time does not incentivize employees to engage in risky behaviors that have a negative influence on culture or performance. Look, for instance, at Wells Fargo and the financial incentives that led some of that bank’s branches to have a culture that did the wrong thing relative to customers. So, the compensation committee can play a key role in driving culture as well. 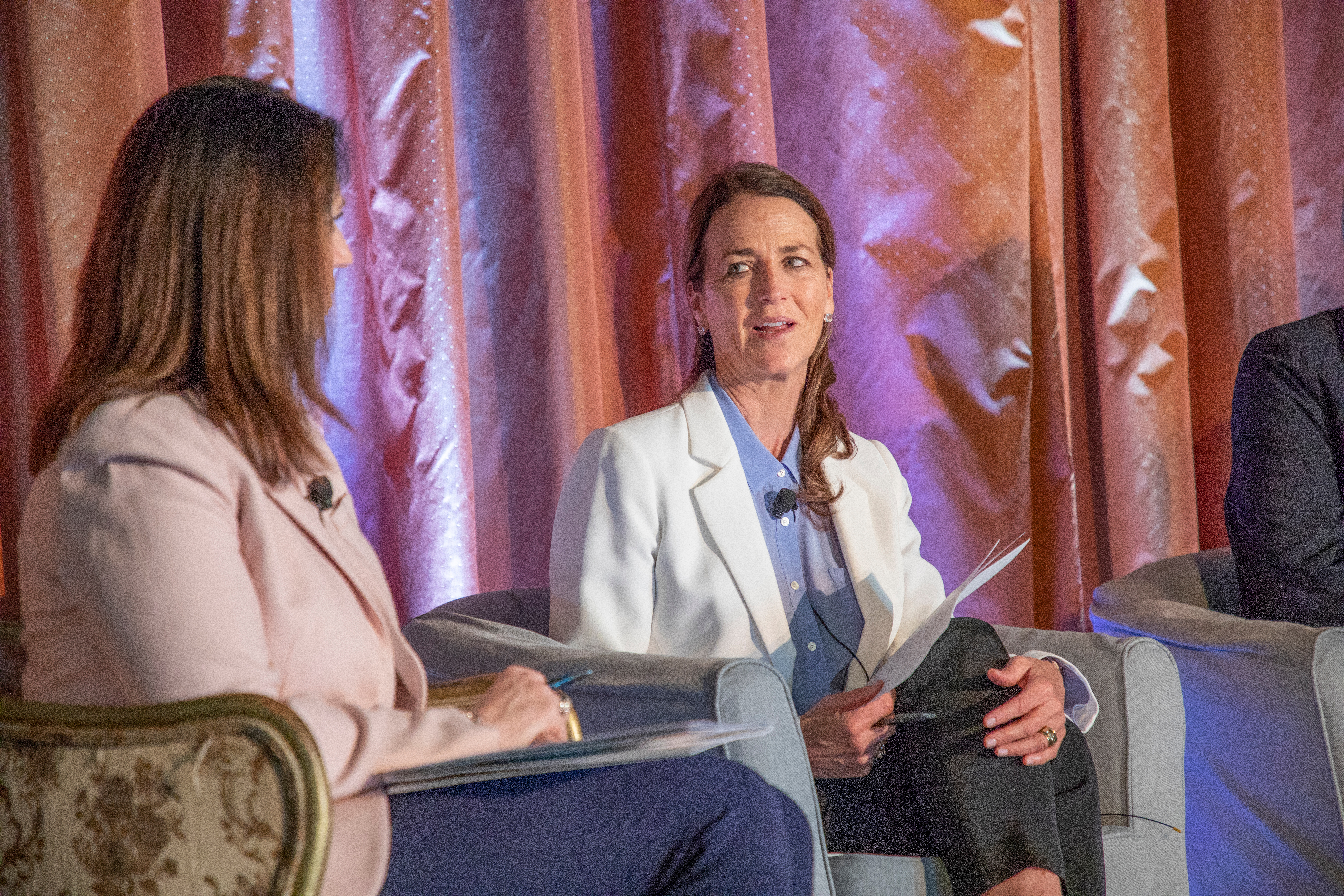 The governance committee, too, has responsibilities in contributing to corporate culture, through new board candidate nomination, as well as by its oversight of CEO succession planning. All that being said, corporate culture is absolutely a whole board responsibility and it’s the full board’s role to reinforce the culture the executive management team and the company want to reinforce in the best interest of stakeholders.

At Wynn Resorts, the board recently took a number of measures to respond to the departure of the former chair and CEO, and to reinforce its corporate culture of engagement, inclusivity and outstanding guest service. Over the course of several months, the board appointed a new leadership team, resolved outstanding litigation, and implemented policy changes and enhancements—including establishing an independent compliance committee that directly reports to the audit committee. In addition, as a consequence of new leadership at the company, a whole host of strong employee initiatives have been implemented that influence culture, including a women’s leadership forum, mentorship program, scholarships for employees, and parental leave for both men and women. We’ve also had board refreshment with the appointment of five new independent directors since April. Given that there are currently nine independent seats, this is a significant change to the composition of the board.

Revisit NACDBoardTalk for additional coverage of Leading Minds of Governance–West, where a director and a governance exert consider issues of finding and retaining top talent in a tight market.