Anyone who has ever met Brad S. Karp knows first-hand that he is a man of distinction. Recently he was celebrated for still another outstanding trait: his commitment to lifting up the women around him and supporting their paths to business leadership. The chair of Paul, Weiss, Rifkind, Wharton & Garrison was honored for his prodigious part in championing the advancement of women at the 17th annual Legal Momentum Aiming High Awards.

The 47-year-old gender rights organization provides advocacy and legal reform services to ensure the personal rights and safety for women and girls. It has been giving its Aiming High award since 2001 to women in the legal profession who work to elevate and advance the work of their sisters. 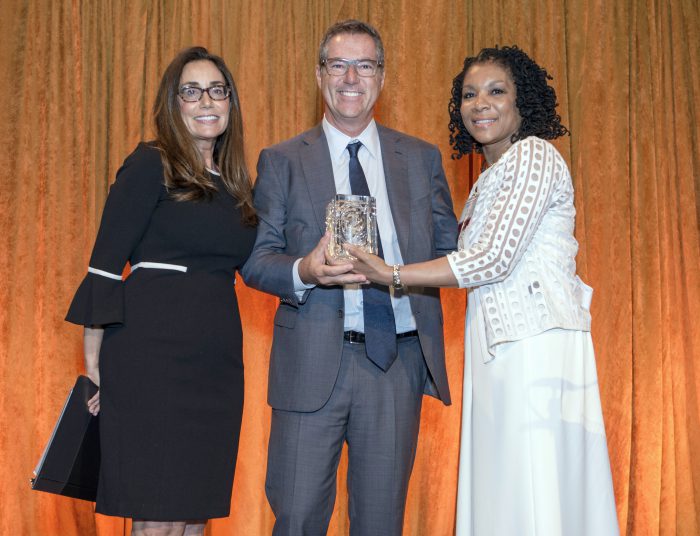 Karp is only the second recipient of the “Man of Distinction” award. Beginning last year led by Legal Momentum President and CEO, Carol Robies-Román, the organization made the astute decision to include men among its honorees. J. Michael Cook, former chair and CEO of Deloitte & Touche, was the first man-of-distinction honoree at the 2016 luncheon.

Drescher was introduced by John J. Suydam, chief legal and compliance officer at Apollo, who extolled Drescher’s quiet confidence, unflappability, and superior listening skills. As a leader, Drescher has displayed an innate ability to build relationships with Apollo stakeholders including management, clients, and its 989 employees in 15 offices around the globe. 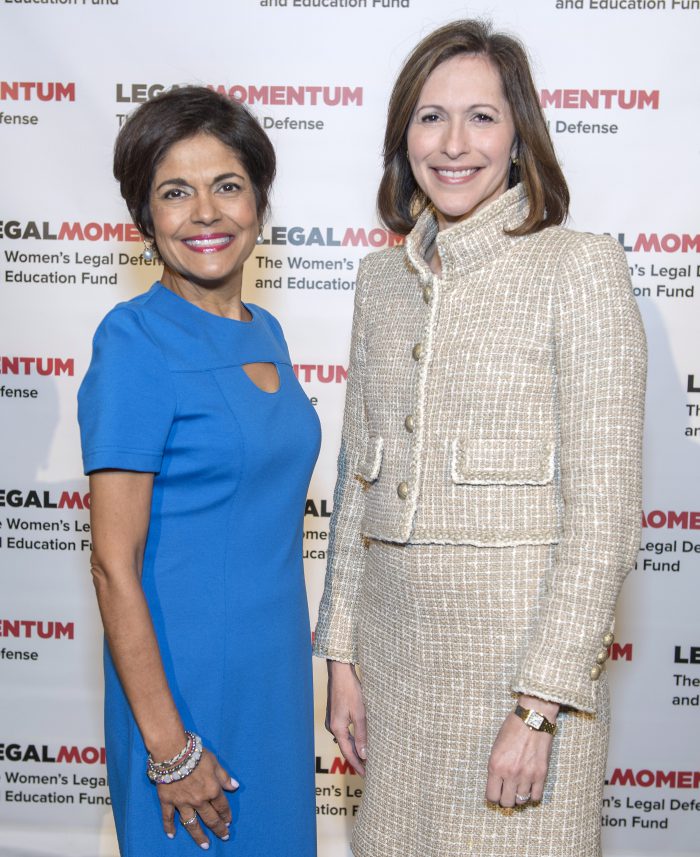 Janet Murguía, president and CEO of the National Council of La Raza, introduced her colleague and friend, Garcia Quiroz. Prior to joining Time Warner, Quiroz was at Time Inc., where she founded People en Español and Time for Kids. Murguía praised Quiroz as a cultivator of talent, particularly of storytellers.

At Time Warner, Quiroz led the creation of a company-wide talent incubator called One Fifty to identify and develop stories that would resonate with younger and more diverse audiences. “Lisa understands in her heart that greater diversity builds strength across communities,” said Murguia. “She is tireless and fearless.”

Quiroz spoke of her decision to attend Harvard Business School—rather than the law school, which would have been her father’s preference. “The universe conspired to bring me into media with a social activist heart,” Quiroz said.

Karp was introduced by his colleague, Valerie E. Radwaner, vice chair of Paul Weiss. Radwaner lightheartedly extolled Karp as “a force for feminists.” “Brad believes in gender equality and social justice issues as shown by how he leads Paul Weiss. He understands that real change only happens by bringing dozens of different voices to the table,” Radwaner said.

Karp also is a Directorship 100 honoree.