More information is hidden in plain sight than ever before. When the success of the global economy is hinged on the secure ownership of intellectual property and data, it behooves those who govern in the global company to understand how this information is being protected—and how it could be compromised. To that end, the National Association of Corporate Directors convened directors and cyber risk experts in Geneva, Switzerland, for its first Global Cyber Forum. 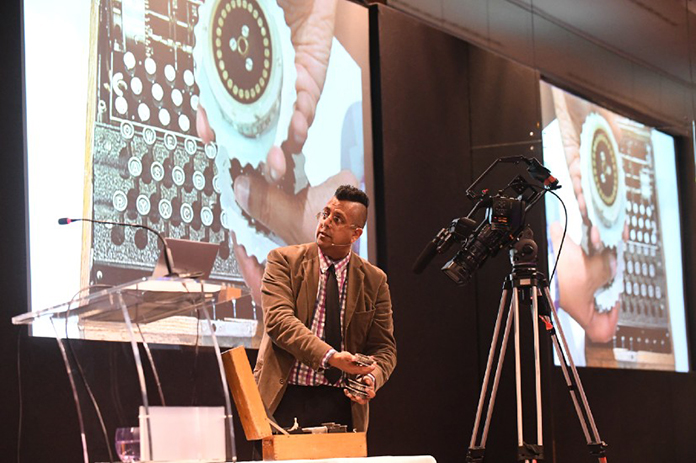 Attendees from nearly every continent made their way to the Hotel President Wilson to confront the challenges of securing data across borders in light of complex and sometimes competing regulations. The European Union’s General Data Protection Regulation (GDPR), which goes into effect on May 25, 2018, will be a watchword during each session. The complex and potentially costly regulation is likely to affect most companies that do business with or employ Europeans.

GDPR defines protected data far more broadly than the protections set by most country regulators. (Click here to learn more about the implications of GDPR.) Experts from international KPMG offices, cybersecurity firm Rapid7, AIG together with NACD cohosts Ridge Global and the Internet Security Alliance, will proffer their best advice on the interconnected challenges and solutions of cybersecurity oversight for today’s board directors.

A particle physicist who completed his degree at Cambridge University while working at the European Organization for Nuclear Research (CERN), Singh has committed himself to helping everyday people understand some of the most complex concepts in modern math and science. He is the author of several books and won a BAFTA award for producing Fermat’s Last Theorem, a documentary based on the search to prove one of the most difficult mathematical theories in history.

Singh’s presentation in Geneva turned directors’ attention to “the history of secrecy,” a topic that he covers in his 1999 book, The Code Book: The Science of Secrecy from Ancient Egypt to Quantum Cryptography (Doubleday). He pointed to writers of the popular TV programs, The Simpsons and Futurama, to highlight how unexpected points about mathematics and science hidden in plain sight and how susceptible we are to finding patterns that may have absolutely no meaning.

He cited several instances of codes being found in popular texts or songs, including in the rock band Led Zeppelin’s “Stairway to Heaven,” which when played in reverse has been interpreted to contain an evil message. When Singh queued up the song, at first no one in the audience heard any discernable words. Then he pointed to the lyrics on a slide deck and almost half of the audience “heard” the words. His point? To challenge the audience to be more skeptical and open to believing that which can be proven—or disproven—with rigorous evidence.

When the science of cryptography was introduced to the audience. Singh noted that messages can be found as a pattern almost anywhere—including in Moby-Dick, where one author found an inordinate number of passages pointing to history that had coincidentally happened since its publication in 1851. The human mind, however, has been able over the millennia to form some truly remarkable codes that have eluded prying eyes and minds for hundreds of years.

While some of the earliest computing machines, such as Enigma, developed during the First World War present nearly insurmountable odds against being deciphered, Singh reminded the audience that all ciphers are created by humans, and where there are humans, there is bound to be error. The same human curiosity and propensity to find patterns in behavior has led some skilled code-breakers such as those at the UK’s Bletchley Park who turned the tide of World War II by breaking codes.

Directors in the audience were challenged to think of the technologies that could protect their company’s own secrets while also considering the power—and foibles—of human error. Singh brought with him a prized possession: his very own Enigma machine.

When he turned to the audience to see if they had any questions about it after a brief demonstration, one attendee asked how the next frontier of quantum encryption would impact businesses. Singh pointed to the fact that scientists in Geneva were already sending messages encrypted at the quantum level within cities, and that others had sent quantum-secured messages via satellite. Quantum computing itself could make all encryption obsolete, he said. Such a development would render useless our current understanding of how to protect corporate assets, such as customer information and other data. He also noted that no one really knows what governments around the world have already achieved regarding this next frontier in information security.

Coverage of the full day of programming at the Global Cyber Forum is forthcoming in another installment of the blog and in the May/June issue of NACD Directorship magazine.