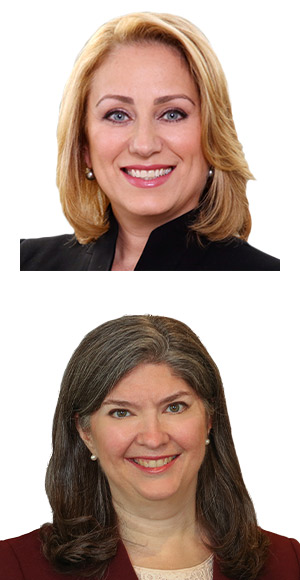 Women now occupy more than 20 percent of Russell 3000 board seats, according to the second quarter 2019 Equilar Gender Diversity Index. While this is far from representing the 57.1 percent of women that comprised the US labor force in 2018, it is an important milestone. Consider, by comparison, that women occupied just 15 percent of board seats at Russell 3000 companies only two years ago and occupied 17 percent in the first quarter of 2018.

The accelerated pace of women joining boards represents a confluence of interest from major investors and many companies alike in elevating diverse, different perspectives and life experiences into the boardroom. Numerous studies have shown that diverse boards are better for business, resulting in more creative and better problem solving, as well as improved board culture. Furthermore, the importance of making the boardroom more diverse, even just with respect to gender, is supported by research that shows gender balance within the workforce correlates to higher stock values and greater profitability.

Major institutional investors—BlackRock, Vanguard, and State Street Corp., in particular—have made clear that diversity on boards is a priority for their investment stewardship. Larry Fink, chair and chief executive of BlackRock, the world’s largest asset manager with $6.3 trillion in assets, stated in his 2018 letter to CEOs that boards with a diverse mix of characteristics can promote long-term growth and mitigate “groupthink.”

In addition, BlackRock wrote to about 300 companies in the Russell 1000 last year asking them to explain why they had fewer than two women on their boards. Although investors have been advocating for gender diversity for some time, BlackRock’s position marks a significant shift by publicly articulating a minimum diversity standard and instituting a campaign that puts targeted companies on the defensive. In news reports, BlackRock expressed frustration that some corporate responses seemed to come “from the 1880s,” with certain companies saying that they either do not “need” women directors or are not able to find “qualified” women.

State Street has also been engaging with companies that have had all-male boards for years and has not shied away from using its voting power. State Street voted against directors on as many as 400 company boards in 2017 for not addressing gender diversity. Institutional Shareholder Services and Glass Lewis & Co. also have policies that may result in recommending against the nominating committee chair if a board has no female directors.

State governments have also pushed for gender diversity on boards, sparking debate over whether it should be legally mandated. California made headlines in 2018 with a bill requiring companies headquartered in the state to have one female director by the end of 2019, and two for companies with five-member boards or at least three for boards with six or more members by 2021. According to Bloomberg, this would result in nearly 700 board seats for women in California by 2021. While that law is currently being challenged in court, other states, including Illinois, Massachusetts, New York, New Jersey, and Washington, are considering similar laws. Advocates have stated that legislation with “teeth” to effect change will instigate progress, while opponents have criticized such laws as “quota” systems that have met with arguably mixed success in European countries that have adopted similar top-down approaches.

Increasing gender diversity is an initial step toward a broader dialogue about board diversity that will cover a range of backgrounds, skills, and experiences that better represent the interconnectivity of our global social environment. Even supporters of California’s bill have admitted that they honed in on board gender diversity because it already had widespread support—but it is not meant to stand as the end of the conversation.

In its corporate governance guidelines, BlackRock describes an expanded view of diversity as including personal factors such as gender, race, nationality and age, along with professional characteristics, which could include industry experience, operational areas of expertise, and geographic location. This year, Vanguard began advocating for greater board diversity, stating that “gender diversity is not enough”—while simultaneously acknowledging the need to promote gender diversity because “there is still progress to be made”—and urging boards to seek diversity “across a wide range of personal characteristics.”

If the recent and steady uptick in female representation on boards is any indication, the spotlight on board diversity is not likely to fade any time soon. Importantly, passing the 20 percent Russell 3000 female board seats mark and the last S&P 500 company with an all-male board finally diversifying its composition this July represent progress, albeit at what some commenters call a “glacial” pace. It appears that momentum is building, and so long as companies and investors remain engaged and push forward, there will come a broader dialogue about boardroom diversity and the value of having directors with a range of backgrounds, skills, and experiences that better represent their companies’ stakeholders and the broader population.