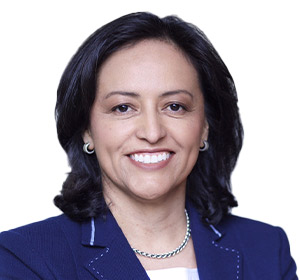 How Gender Diversity May Impact These Four Boardroom Discussions

Perspective matters. And when it comes to some of the most important issues directors face—such as the climate crisis, compensation and diversity goals, and how best to operate in a more virtual world—we continue to see key differences in the perspectives of men and women.

Released this month, PwC’s 2021 Annual Corporate Directors Survey features responses from more than 850 US-based directors. A look at the data by gender reveals several areas in which the responses noticeably differ:

For example, while 87 percent of women say they are very much or somewhat concerned about the climate crisis, only 67 percent of men say the same. Furthermore, while most directors support the current voluntary system of ESG disclosure, women are twice as likely as men to support mandatory ESG disclosures (29 percent versus 14 percent).

2. Board diversity. This is hardly a new topic. But when we asked directors why boards haven’t become more diverse, more quickly, men and women pointed to different factors.

Overall, most directors agree that diversity won’t happen on its own. The percentage of directors who believe boards do not need to act on board diversity dropped by more than half from the prior year, to just 33 percent. But a much larger percentage of men (40%) still say it will happen naturally, compared to 15 percent of women.

3. Tying compensation to diversity goals. As the ESG conversation takes hold in boardrooms, more companies are considering whether (and how) their diversity, equity, and inclusion (DE&I) goals should be tied to executive compensation.

There is clearly a shift in how boards are thinking about DE&I efforts and executive accountability. From 2020 to 2021, overall director support for tying diversity measures to incentive plan goals grew substantially, from 39 percent to 52 percent. But a much larger percentage of women support these measures: 74 percent in 2021, compared to 44 percent of men.

4. Conducting business virtually. In 2020, board meetings largely shifted from in-person to virtual. While directors indicate some reversal of the trend this year, many plan to continue meeting virtually at least some of the time. Although meeting efficiency topped a list of positive impacts directors see from virtual board meetings, directors agree that effectiveness has suffered—with men indicating a more negative toll.

Strong boards recognize the importance of diversity in driving richer discussions, spurring important dialogue in the boardroom, and helping boards think differently about complex issues. One place in which nearly all directors are aligned? They agree that board diversity (gender and otherwise) brings unique perspectives to the boardroom (93%) and improves relationships with investors (90%).

Diverging views bring about debate, discussion, and the opportunity to arrive at well-considered decisions. A fuller perspective is where today’s boards and organizations can find tomorrow’s competitive advantage.

Maria Castañón Moats is the leader of the Governance Insights Center at PwC US.