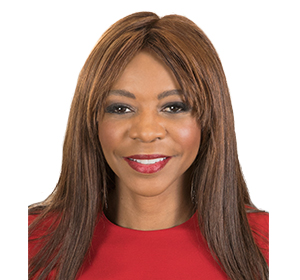 Editor’s note: Dambisa Moyo, author of The Edge of Chaos: Why Democracy Is Failing to Deliver Economic Growth—and How to Fix It (Basic Books, 2018), addressed the audience at the 2018 NACD Global Board Leaders’ Summit. She generously agreed to provide written answers to questions posed by the audience in that forum. Questions have been edited for clarity below. Return next week to read a second set of questions answered.

Is the desire for freedom waning, or is the power grab by illiberal politicians creating myopia and the feeling the system is rigged?

According to the think tank, Freedom House, freedom around the world has declined every year for the last ten years. Freedom House also notes, that although many countries of the world are democratic, the majority of those democracies (70%) are illiberal and indistinguishable from authoritarian states. Meanwhile, voter participation rates in the United States have declined, with only roughly 30 percent of low-income households turning out to vote. Finally, just 158 American families were responsible for 50 percent of the financial contributions made to the US presidential campaign in 2016. Taken together, these concerns leave many with the sense that democracy is not working effectively.

Can you speak about globalization and populism?

While it is true that globalization has come under challenge, in some respects the charges against the global system are unfair; not least because trade tariffs and subsidies (the European Union’s common agriculture policy and the multibillion-dollar US farm subsidy program), capital controls, and national limits on global immigration mean that globalization has never been implemented to the degree that economic text books would suggest could be beneficial for all. Moreover, as Alibaba’s Jack Ma notes, much of the billions of dollars earned by countries such as the United States and Europe from globalization was used to fight wars in Iraq and Afghanistan, rather than [to make] investments in education and infrastructure projects, thereby leaving many millions of people [not only] in the West but also in the rest of the world economically destitute and skeptical of globalization. Furthermore, this backdrop provided an impetus for populism that we’re seeing around the world. This is especially true at a time when income inequality within countries has worsened and people believe the prospect of improvement for future generations is declining.

Looking at American isolationist policies put in place during the Trump administration, do you have a view on their permanent impact?

Based on the Smoot-Hawley tariffs which were imposed after the 1929 financial crash and Great Depression, many economists and historians argue that trade protectionism can have lasting negative effects. In the case of the Smoot-Hawley tariffs (more than 3,500 tariffs were imposed on imports to the United States), many agree that US unemployment rose, economic growth fell, and America’s reemergence from the Great Depression was delayed. As such, trade protectionism is generally viewed as having a negative economic impact. That said, there is a compelling case to be made that all members of organizations (such as NATO) that have promised to make contributions should [make them] as promised, thereby insuring burden sharing. In other words, the United States should not be required to underwrite more than its fair share—particularly at a time when the country needs to urgently make significant investments in infrastructure and education at home.

In my mind, [there are] two things: educating human capacity and technological innovation. On the first point, the International Labor Organization (ILO) estimates that there are over 75 million young people who are out of work and there are approximately 1 million NEETs—No Education, Employment, or Training—in the United Kingdom. This untapped human potential could be a strong impetus for economic growth if we invest in education—both traditional and apprenticeships. Meanwhile, technological innovation promises new pathways to solve many of the world’s seemingly intractable challenges, such as disease prevention and health-care infrastructure and education.

Do you still think slow and steady wins the day? With exponential change, how is that possible?

Many of the challenges the global economy faces today are long term, deep seated, and structural, and thus require long-term pragmatic solutions. There are no shortcuts for society to [take to] attain education and infrastructure, even in a world where technology rules the day. Put another way, it’s crucial that public policy making always considers the costs/benefits and trade-offs of today’s citizens versus future generations.

Please tell me something positive I can tell my children!

If we can put a man on the moon, we can solve many of the world’s greatest challenges by working together.