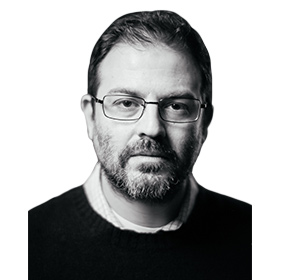 The Tortoise, the Hare, and the Bull: Long-Term Value Creation at Ariel Investments

John W. Rogers Jr. once beat Michael Jordan at basketball. Real basketball. One on one. On a real court. With a real basketball. In front of people who were watching. While impressive to anyone on the planet who has seen a basketball, that victory is perhaps lower on his list of achievements than one might expect. Rogers has led Ariel Investments, a value-based mutual fund and investment company, since founding it in 1983, and he serves on the boards of McDonald’s Corp. and Exelon Corp.

He joined more than 1,700 directors at the 2018 NACD Global Board Leaders’ Summit, offering perspectives on his view of the economy, diversity, social engagement, and directorship.

Bullish on the Economy

His firm, Ariel Investments, focuses on long-term-value investing. This philosophy is embodied in its logo, a tortoise holding a trophy. At present, his perspective on the economy is long-term and bullish. Rogers travels extensively, speaking to a wide range of small- and mid-cap C-suite executives. These conversations have shown increasing enthusiasm toward the operating environment in which firms now find themselves.

Tax reform has allowed many to pay down debt and invest in operations, while regulatory reforms have positively impacted a wide variety of businesses. However, Rogers notes that investment committees remain more bearish than management. Their risk-averse instincts, developed over the last ten years, remain on alert. For Rogers, and for Ariel, this is good news. Board skepticism creates room for a contrarian investor to pluck attractive investment opportunities.

At a more macro level, Rogers believes valuation levels are reasonable and notes that interest rates remain at historically low levels. It is an unexpected rise in interest rates that Rogers is most concerned about, while the national deficit, a top concern for many, does not worry him, at least not in the near term.

Ariel was the first black-owned mutual fund business in the United States. Early on, Rogers embedded a commitment to diversity in Ariel’s investment criteria and in its own management. The value-investment perspective necessitates a longer-term focus. Interestingly, this has implications for diversity and inclusion.

Value investors seek out firms that are not only undervalued now, but also have a strong potential for future returns. As such, Rogers and Ariel seek out firms that look like the twenty-first century, not the 1940s. Often, simply pointing this out to boards is sufficient to initiate positive change—and it has worked 35 times since Ariel’s founding.

These “Jackie Robinson moments,” as Rogers calls them, borrowing the phrase from Jesse Jackson, helps firms come to understand that diversity and inclusion is not cosmetic, but rather improves actual firm performance. Diversity of opinion, thought, and background makes organizations better than they were before, echoing improvements in the quality of play that Major League Baseball saw after Robinson broke the color barrier.

Engaging With the Larger Community

Rogers has some helpful advice for first-time directors, resulting from his investment interactions with boards and management and his role as a director:

His own path provides both future and current directors with clear and actionable advice. And it’s good advice, advice that stands on its own. If you don’t believe that, you should take his word anyway. He beat Michael Jordan, for goodness’ sake.