The Pillars of Courageous Leadership

According to acclaimed researcher and author Brené Brown, being vulnerable can be a strategic asset to any organization. Although this may sound counterintuitive to some, Brown made the case for how vulnerability cultivates innovation to a rapt audience of directors and corporate-governance professionals gathered at the 2017 NACD Global Board Leaders’ Summit. 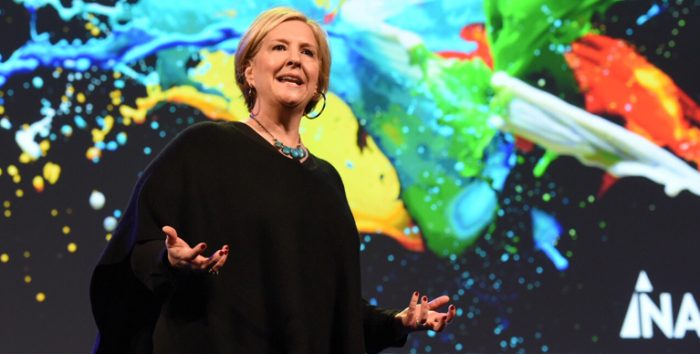 Brown became an Internet sensation after she discussed her academic research on these themes at a TEDxHouston event in 2010. Although her presentation was enthusiastically received by her in-person audience, she was frustrated by negative online comments left on the video. But soon after, she discovered a quote by President Theodore Roosevelt that not only has reframed how she viewed her experience, but also has guided her subsequent work:

“It is not the critic who counts; not the man who points out how the strong man stumbles, or where the doer of deeds could have done them better. The credit belongs to the man who is actually in the arena, whose face is marred by dust and sweat and blood; who strives valiantly; who errs, who comes short again and again, because there is no effort without error and shortcoming; but who does actually strive to do the deeds; who knows great enthusiasms, the great devotions; who spends himself in a worthy cause; who at the best knows in the end the triumph of high achievement, and who at the worst, if he fails, at least fails while daring greatly, so that his place shall never be with those cold and timid souls who neither know victory nor defeat.”

Brown then identified the following four qualities that, when operationalized within an organization, will create a culture of courageous leadership:

Brown noted that people who lack trust in one another are likely to avoid confronting their fears and anxieties. Trust makes workers brave enough to develop and share their ideas, and allows them to discuss failures in a respectful manner.

“Can innovation come without exposure?” Brown asked. “Can you have innovation without vulnerability? No. It doesn’t exist.”

Interesting observations made by speaker Brene Brown and nicely articulated and expanded by author Katie. Essentially courageous leaders emerge in the following environment where it is operationalized : 1. Vulnerability (exposing ideas to public scrutiny (touching the water/trying your product/service idea in a small segment) and refine based on success/failure and the feedback 2. courage bolstered through transparent relationship between team members, sharing common values and standing behind it 3. Ethics – not sacrificing it irrespective of the challenges 4. Trust – between coworkers and also management. I tend to agree on all of these.

We have seen many times confident marketing of the New Coke, a marketing disaster over 30 years ago and many articles have been written on why it failed miserably. This could have been avoided if they were vulnerable (not arrogantly super confident) and touched water with public scrutiny. There are many more examples but I think you all get the idea. Innovation does breed only when the innovator is skeptical (not 100%sure) and usually the best ideas are used initially in entertainment (toys, gaming etc), get noticed by real businesses before goes into full-fledged commercial use.

Another important point to note, in my opinion is, one learns more from failures than from successes and hence each vulnerability gives valuable lessons to budding leader and will eventually make him/her a successful leader.” True innovation in my opinion is innovation through continuous improvement of one’s original ideas shaped by many failures and the lessons it teach the innovator. – Sankar Krishnaswamy”. Appreciate your feedback and comments.