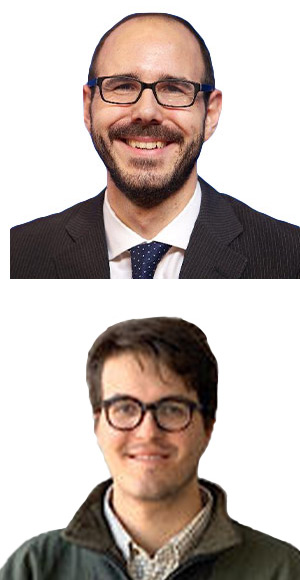 By Marcel Bucsescu and Andrew Lepczyk

By Marcel Bucsescu and Andrew Lepczyk

The impact of the pandemic on society has been profound, and its impact has been no less real on companies, both in human and in business terms. The pandemic has exacerbated already existing inequities, with frontline workers bearing the brunt of the physical, mental, and emotional burden.

At the same time, economic pressures that necessitated workforce reductions earlier in the pandemic have shifted and are now creating labor shortages in many sectors as hiring picks up. This is shifting power to employees, who are using their voices to call for more flexibility about where, when, and how they work.

NACD, along with PwC and Sidley Austin, virtually convened some 30 chairs of risk and audit committees from Fortune 500 companies to assess how business has changed and the impact that the pandemic has had on risk profiles. In addition to discussions over workplace challenges and political and social polarization, participants focused on the growing uncertainty about how the economy would respond to the aftershocks of the pandemic and on the increasing pressure on companies to take political positions.

The Future of Work Is Now

Director participants were under no illusions about the challenges that their companies face in the emerging environment. What work will look like going forward, what role physical offices will play, and how the board will set the right expectations for management in a new world of work were all top-of-mind questions for the directors present. Maria Moats, leader of PwC’s Governance Insights Center, put these questions into a bigger context: “The decisions that boards and management make now can shape the workforce for generations to come, so it’s critical that boards engage thoughtfully on the topic of who the organization is, what its priorities are, and how it most effectively gets work done. Getting this right is critical as companies compete for talent.”

Being able to recruit top talent in an increasingly competitive labor market was also a key concern to the delegates. The directors focused on corporate culture rather than the perks of flexibility and remote work. While recognizing that the flexible work environment of the past year has opened up some new possibilities, not all directors were convinced that they should allow this to become an established work practice. “Some management practices that used to be robust simply aren’t as robust in the remote environment. When you have teams that in some cases haven’t even met each other in person, the culture [is going to suffer]. There are real concerns as to how we can rebuild and maintain [effective] corporate cultures in hybrid models,” one delegate explained. Another noted that the flexible work environment has been particularly challenging for young employees who don’t get the same opportunities for the kind of informal feedback that helps someone to learn on the job, learn the culture, and ultimately develop and succeed.

Reflected in the discussion was the fact that many of these questions are being answered now through trial and error. As firms, driven by business needs, experiment with different approaches to work, new models will begin to emerge. It will be important that the board remains engaged to ensure that the needs of the business are effectively met and that the culture is being fostered by management in the right ways while risks to the enterprise are managed effectively throughout the organization. This will require strong leadership from the board’s risk leaders and coordination and collaboration across the board and its respective committees.

While questions about the role of business in American politics are hardly new, the current political and social environment has put nearly unparalleled pressure on corporations and their leaders. The current stakeholder focus ranges from corporate contributions to elected officials who failed to certify the 2020 presidential election to the efforts in state houses across the country to amend voting laws. However, the fact is that almost every action taken by companies is being viewed through a partisan political lens, increasing scrutiny on all corporate actions. Directors acknowledged that this is simply the current environment. As one delegate noted, “Everything is political now.”

With respect to issues that are playing out in state and federal legislatures, many delegates felt that CEOs should stick to only speaking out about political issues when they impact their businesses and are related to the corporations’ purpose and values. However, others felt that while CEOs should only speak out about issues pertaining to their businesses, every issue has the potential to impact your business, primarily by impacting employees and the communities in which a company operates.

It is incumbent on boards to develop a mutual understanding between the board and management before a CEO decides to speak out on a controversial issue. As Holly Gregory, cochair of Sidley Austin’s global Corporate Governance and Executive Compensation practice, explained, “From a governance perspective, the board and the CEO need to reach an understanding on the contours of the CEO’s authority to speak for the company and the degree to which the board expects to be involved or informed of plans to communicate on a social or political matter. Ad hoc approaches to public engagement on political and social issues may create risks that could be mitigated with more thoughtful, planned engagement. That said, at times a failure to speak out on an issue may be viewed as communication of a corporate position, and so blanket rules should be avoided.”

Building on the earlier theme of increasing workforce competition and the changing expectations of employees, several directors noted that where their companies did choose to engage in political or social issues, it was driven in large part by the engagement of employees. It was noted that, increasingly, younger employees expect their employers to speak out on political and social issues and will choose to work for firms that reflect their own values.

Recognizing all of this, other delegates attending the meeting encouraged business leaders to do what they have done best over the years—work toward reaching solutions in reasoned ways by serving as an arbiter of common understanding and values. Recognizing that businesses do have significant influence, these directors felt that society would be best served if businesses contributed through focusing on building and maintaining a strong economy and creating shared prosperity. While many agreed with this premise in principle, some remained unconvinced that business leaders could stay that course in an environment where a lack of speech or action is viewed as a deliberate act, too.

All told, participants in the Risk Oversight Committee Chair Advisory Council were optimistic about the year to come and the potential for a robust recovery, but they were also acutely aware of the risks that will abound in the months ahead. The discussion underscored the importance of emerging ESG metrics that look at critical nonfinancial metrics, not only as a complement to traditional financial metrics but also as a means of helping to provide the company with critical insights at a time of dramatic change.

Note: The meeting was held using a modified version of the Chatham House Rule, under which participants’ quotes are not attributed to those individuals or their organizations, with the exception of cohosts.

Approaching risk assessment and risk management via the political lens is something I hadn't fully considered until reading your post. It is incredibly true that every action a company takes and every statement it makes are targets for genuine, good faith criticism and, in today's world, cynical, bad faith attacks meant to generate attention. Regardless of the motives of the criticism, it can generate negative impacts to a company's reputation and detrimentally impact the mission. Coordinating major initiatives with the C Suite and the Board seems to be a great idea to make sure everyone is on the same page and to make sure all potentially costs and benefits are given due consideration. Excellent post!