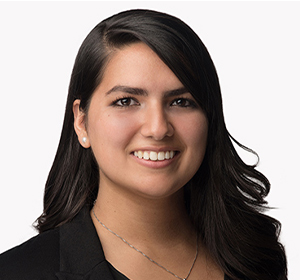 Calls to address systemic racism have grown in the wake of events in Minneapolis in late May, 2020, and corporations and their CEOs have responded to the protests and the Black Lives Matter movement with public proclamations of support, commitments to change, and billions of dollars in additional philanthropic contributions. However, following the immediate external messages from their companies, boards have found it to be increasingly important to ensure that their messaging lines up with their internal values and corporate practices. Holly Gregory, partner and cochair of Sidley Austin’s global corporate governance and executive compensation practice, put it into perspective by saying, “The spotlight on systemic racism has companies emphasizing their values on diversity and equality, but some critics are saying we want to see the action. Boards need to help take action and encourage conversations to make the commitment more real and help institute change.”

Against this backdrop, NACD, along with Farient Advisors; Heidrick & Struggles; KPMG; PwC; Sidley Austin; and Weil, Gotshal & Manges, held a series of Advisory Council meetings with Fortune 500 board committee chairs on the role of boards in dismantling systemic racism. These are some steps boards can take to improve diversity, equity, and inclusion (DE&I) within their organizations, according to attendees.

As the old adage goes, change starts at the top. Boards must engage in self-reflection and address their own issues around systemic racism before any meaningful engagement can happen externally. Robin Ferracone, CEO and founder of Farient Advisors, emphasized this point, stating, “At the end of the day, what I’m hearing is that it’s not an HR issue—it’s a full-company issue and therefore a full-board issue.”

Mellody Hobson, a director on the boards of Starbucks Corp. and JPMorgan Chase & Co., has been a proponent of board diversity and joined the group to share her perspective and experience. She discussed how boards often bemoan the lack of diversity in the pipeline. She challenged the group to think differently not only about where boards source director candidates but also about the actual skills needed in the boardroom. Hobson suggested that directors recast the metaphor—from a talent pipeline to a talent bench. Boards must focus on diversity among the executive team in order to create a slate of board-ready, diverse candidates.

Bringing new talent into the boardroom is the first step. Having these new directors fully engaged and performing the role they were hired to do is the second step. Again, honesty and self-reflection by the board are critical to success: What is the true culture of the boardroom? Is it inclusive? Does it allow for directors of color to feel respected and heard? Understanding the board’s honest answers to these questions is necessary to enable the board’s transformation from one that pays lip service to diversity into one that embraces the values of diversity and inclusion.

Understand that the CEO really matters.

Another common thread that emerged was the importance of the CEO in these conversations. Michael Nieset, a partner and member of the global CEO and board of directors practice at Heidrick & Struggles, put this into perspective when he shared the following: “The reality is that CEOs have outsized influence in our success here. Unfortunately, for too many CEOs, it appears that while they know they have to talk the talk on DE&I, there’s very little reward for actually doing so and even less risk for not doing this work. So they talk the talk, but don’t walk the walk.” Delegates reacted to this honest acknowledgement of the situation with the consensus that they—as directors—must be the ones to push their CEOs to truly create and embrace diversity within their corporations.

There was consensus among the delegates that it is necessary to clearly articulate the metrics they need from senior management in order to make diversity a measurable goal for the company and the CEO. Frameworks can be helpful in achieving this goal, as well as in showcasing board commitment on DE&I to shareholders. Lyuba Goltser, partner at Weil, Gotshal & Manges, honed in on this point, stating, “The communication with investors is where the board will have to roll up their sleeves.” In order to gather these metrics, a few different frameworks were suggested, including the following:

Delegates discussed the importance of data in improving DE&I: “[DE&I] is one of the only areas in business where aspirations are applauded. Boards need to move away from a pat on the back for trying and treat it like any other target. It has to be measured, and there has to be accountability.” Delegates noted that diversity dashboards are particularly useful for discussing progress toward achieving diversity with the management team. One delegate shared, “In my former company, we had diversity as a part of our executive compensation dashboard; we used numbers relative to the availability of the population for the type of role. We started in 2009 and now they are significantly more diverse racially and gender-wise.”

Business is good at identifying a problem and solving it, setting goals, and holding people accountable for achieving those goals. If diversity is the priority for boards and corporations that recent statements suggest it is, then diversity should be treated in the same way. As one delegate stated, “I think the real challenge is to make it business as usual—the whole process, not just best efforts on a sporadic basis. The challenge is to make sure this doesn’t just become one of those events where it goes away.”

Directors who want to effect change now have an opportunity to drive progress by using frameworks and metrics, and holding management accountable. Directors must focus on educating themselves about systemic racism, just as they have with new technology, emerging risks, and other critical boardroom issues. The focus on—and need for—diversity will continue to grow, and as Mellody Hobson said, “Diversity should be in the DNA of the company; if you want to be a successful company in the twenty-first century you have to be diverse. For those companies that aren’t, it isn’t a question of if they will die, it is a question of when.”

Note: These meetings were held using a modified version of the Chatham House Rule, under which participants’ quotes are not attributed to those individuals or their organizations, with the exception of cohosts.

The full Advisory Council brief, “Board Oversight of Diversity, Equity, and Inclusion to Combat Racism,” can be found here.

NACD’s Summit 2020 is going virtual with complimentary access to select programming included with your membership.

Register today for your free ticket.

Thank you for highlighting this issue. I hope to see more on this topic.