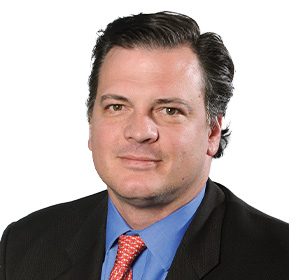 Executive Pay As a Tool to Advance Diversity Efforts

The 2019 proxy season was notable for companies’ efforts to disclose actions taken to develop a diverse and inclusive (D&I) workforce. Their efforts are like a rolling stone that will accelerate in the coming years, and may bring others along with them as corporate D&I efforts gather momentum.

The empirical research on the benefits of diverse experiences and viewpoints among a broader workforce is now widely accepted. Corporations in turn are orienting their hiring and development strategies towards increasing diversity among their worker populations. Companies leading these efforts tend to be larger, with more resources to commit to these plans and more attention from the outside world on their efforts and results.

The chart below illustrates the results of a simple keyword search within Russell 3000 company compensation discussion and analysis (CD&A) proxy statement disclosures since 2012. The number of companies citing D&I in the CD&A has increased nearly sevenfold and represents two percent of the overall index. Since this year’s data is current as of July 1, the final number for 2019 will almost certainly be higher.

It is noteworthy that the median revenue of companies referencing D&I in their CD&A disclosures has fallen by 75 percent in the same eight-year period to $6.5 billion. This implies that more boards of medium-sized companies are recognizing and reflecting the value of D&I in compensation decisions. (For reference, the median revenue of all Russell 3000 companies is approximately $1 billion.)

The large majority of these D&I references are listed as material factors in discretionary elements of pay decisions, but the usage of such references in formal, metric-driven portions of pay programs is also increasing. This trend will continue over time as D&I approaches become more standardized and commonly accepted, or even expected by investors and other stakeholders.

Including appropriately designed D&I goals in senior executive pay programs sends an important message to stakeholders about nonfinancial goals and priorities. Below, we address four critical action items to consider when setting up and executing D&I-linked compensation programs.

1. Evaluate measures that reflect near- and long-term imperatives.

Many D&I imperatives focus on improving existing diversity metrics and have both near-term and long-term elements. For example, addressing gender pay gap issues can be measured in the near-term, i.e., annually, while shifting the demographics of an entire employee population has a longer path to execution.

Both types of initiatives require a four-stage process:

The right measures are those that can be replicated and benchmarked against internal or external targets, and are easy to understand and communicate.

2. Get the timeframe right on measurement and pay.

Linking new measures to pay programs is fraught with peril. Adding any new measure by definition means that one or more existing measures will be scaled back or replaced, which could impact the pay incentives that drive performance on other metrics.

After determining the right measures, the board must decide the level of performance for which it wants to hold management accountable. This could include immediate actions and progress (for example, closing any systemic pay gaps), achievement of a long-term standard (such as a better gender or racial balance at senior organizational levels), or a combination of both.

Only when these measures and the desired performance level are determined should the pay program be considered. Near-term immediate goals lend themselves well to being included in the annual bonus, especially when new goals can be set each year as progress occurs. Longer-range D&I measures and objectives could determine a small portion of performance share awards (these typically have overlapping three-year measurement periods), acknowledging that broader initiatives have longer timeframes for execution.

3. Report progress consistently to participants, the board, and beyond.

The consistent communication of progress made on those D&I metrics used to assess appropriate compensation will ensure that the initiatives remain important to the executive team and board members. Contact on this front at the board and management levels primarily takes the form of consistent meeting materials at regular intervals.

Broader communication to the employee population and beyond can occur in many different ways, including by town hall discussion, through internal and external internet sites, and through celebrations of individual and group successes. As always, consistent messaging to a company’s various audiences is key.

4. Use clear disclosure that focuses on principles, then actions and progress.

If you’ve made clear, measurable efforts towards increasing diversity that are reflected in executive pay incentives, then disclosure in the CD&A is a positive opportunity to exhibit this progress. A demonstrated commitment to D&I, in conjunction with other nonfinancial objectives like learning, development, and community support, builds company culture and increases employee engagement.

Consider allocating some space in the proxy executive summary to the company’s efforts on D&I and other environmental or social topics. Contemporary proxy designs allow greater usage of infographics and professional layouts to create digestible messages for shareholders on important topics.

The pay programs are more of the final word than the leading statement. Leading with the message of “these things are important for us to make our company successful and to contribute positively to our communities” is powerful, but is already becoming common. Backing this message up in the CD&A and in pay tables with real measures, goals, actions, and an impact on pay for success or failure is the next-generation differentiator.

Todd Sirras is a managing director at Semler Brossy Consulting Group working out of the Los Angeles office.

Great thoughts! Just saw the news about Uber implementing something possibly like this! – https://www.cnn.com/2019/07/15/tech/uber-diversity-report-2019/index.html