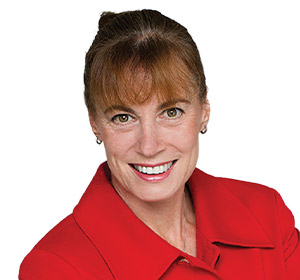 This is a version of a Directorship magazine article exclusively for NACD members. If you are an officer or director of a public, private, or nonprofit organization, you can become an NACD member to view the complete article and related resources. The scenario presented here is anonymized to protect identities.

The dilemma: Faizan is an early-stage investor in tech companies and has accepted a seat on the board of a software maker whose product can track people in crowds. He has made a large (for him) investment in the company and is happy because the market for the software has been boosted by commercial building managers that want to ensure that staff and visitors can be accurately traced. The company also has been approached by the government with a request to install the software in some transport hubs and in a popular town square. The CEO is delighted and very excited about the prospect of developing a new capability that can identify people who are not in the database of building users and track their movements from one location to another.

Some of the staff are not happy with this. They fear this technology could lend itself to spying and breaches of civil rights in the future, especially if it is sold to other governments later on. Their dissent has reached Faizan, and he is aware that some engineers are thinking of refusing to work on the software with this more extensive capability. Some of the company’s best engineers could leave and join rival firms; others could simply flatly refuse to complete the project. The contract has been drawn up and is scheduled for board discussion in a couple of weeks. Faizan has asked the CEO and the chair to meet with him privately to discuss his concerns. The meeting is set for tomorrow. Faizan isn’t sure how best to communicate his apprehension, as his fears are not yet truly formed. What should he say?

Tony Leng, chair of Vaultbank; managing director and practice leader at Diversified Search Group/AltoPartners in San Francisco: In my view, Faizan should do the following:

Julie Garland McLellan, nonexecutive director and board consultant: Faizan is right to speak with the chair and CEO while his “fears are not yet fully formed.” It sets the stage for building a shared understanding of the problem, followed (hopefully) by an agreed-upon solution. Having the courage to raise an uncomfortable question when you don’t have your own answer prepared is a great trait for a company director.

Approaching the issue with a values-based judgment might cause friction, especially if the CEO and chair have already made up their minds. It is important that Faizan keep an open mind while contributing insights to help navigate toward a solution. I would recommend sharing the facts and asking the chair and CEO to help evaluate the potential business impact of several different scenarios.

Faizan should consider the following:

Whatever the outcome, matters have progressed to a point where the board is reacting to, rather than preempting, developments. Faizan’s board should develop a policy rather than respond on a case-by-case basis. In the future, the strategic implications of any major new product development should be discussed with the board as they arise, when the directors can contribute, rather than at a late stage when the contract is ready for signing and just needs board approval.

Brian Barnier, senior advisor and advisory board member to multiple growth companies: Faizan should not be surprised by the dynamics. These dynamics have been common to companies since at least the Vietnam War (if not two centuries earlier, with religious objections to the African slave trade) and in Big Tech, at least since Google’s “Don’t be Evil” statement.

To resolve this dilemma, it helps to gain three broad types of knowledge.

First, understand the commercial viability of the solution the government is requesting. Will the interest turn into a purchase order? How many other governments will purchase it? What is the company’s return on investment? Will it distract from opportunities with a higher return?

Second, internally with team members, understand the real problem through conversations and questions. For example, in the minds of the employees, how does virtual tracking compare to physical tracking? How does virtual tracking on one website compare to tracking across websites? How easily can people opt out of or avoid being tracked? What is the cost or benefit to a person of being tracked? How does physical tracking at one building or space compare to tracking across locations? What do government employees and elected officials know that we don’t know? After conversation, education, and understanding the real problem, it will become clearer who objects to what and why.

Third, determine how much of a financial loss would arise from replacing key employee(s).

Answers to these questions enable consideration of options for Faizan’s path forward.

To read the full story, see the May/June 2021 issue of Directorship magazine, now live. Check out the full and previous issues of the magazine here.