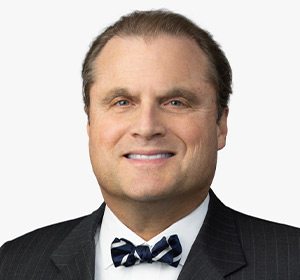 It’s way too early to make any judgments on board conduct in the Equifax controversy. That’ll be for the courts to decide, and they’ll take a long time getting there. But it’s not too early to draw some useful governance lessons from the situation, if media reports are to be believed. And these are lessons that apply regardless of whether the board serves a publicly held, privately owned or nonprofit corporation.

Some of these lessons relate to the board’s crisis management responsibilities. Others relate to the oversight of the board-CEO relationship. Still others invoke expectations of board cybersecurity oversight.

All of the possible lessons are premised on the increasing recognition of the inevitably of crisis, be it black swan or foreseeable, cybersecurity-related or “from out of left field.” For most complex enterprises, crises are just going to happen. The only questions are when, how big the crisis will be, and from what direction it will come. The most prescient of boards will embrace this inevitably and prepare for a corporate governance version of Defcon 3.

The other lessons are more practical in nature.

1. Emergency Succession  The swiftness of Mr. Smith’s removal speaks to the “nuts and bolts” value of having an emergency executive succession plan. The sudden Smith transition is a shocking example of how emergency succession applies to circumstances beyond customary triggers such as death, health care and family considerations. In today’s crisis-oriented environment, the need to separate from, and replace even the youngest, seasoned and most successful executives can arise at a moment’s notice.

Succession is a part of the board’s basic responsibilities that often gets lost amid the confluence of best practices and consultant messaging. Such planning can be complicated. According to the New York Times, the Equifax board regarded many of its original replacement candidates as “tainted” by ties to the cyber breach—including some executives who are believed to have sold company stock after the breach was discovered but before it was disclosed to the public.

2. Structuring the Separation There’s also the need to anticipate both the classification and the financial terms of executive separation in the context of a crisis environment. According to media reports, Mr. Smith’s separation was described as a retirement. Yet, the board announced that it was reserving the right to retroactively classify the separation as for-cause termination, based upon the ultimate findings of a board special committee charged with the responsibility for reviewing the data breach. Such a reclassification would have obvious and material implications for Mr. Smith’s compensation arrangements, including valuable stock awards.

This action by the Equifax board reflects several key realities of the crisis environment.

3. The Standard of Conduct  Another lesson is for the board to reconsider the effectiveness of its own cybersecurity oversight efforts. The leading judicial decisions have to date established a high Caremark-style barrier for demonstrating breach of cybersecurity oversight responsibilities. Notable in this regard was the decision of the court in the Home Depot case to extend the protection of the business judgment rule to the board’s conduct, despite its clearly expressed concerns about the speed with which the board implemented protective measures.

However, boards should not place unreasonable reliance on Caremark protection. As instances of cyberbreaches become more egregious, it is reasonable to project a stricter approach to director liability in future cases.

4. The Self-Critique Perhaps the most basic governance lesson from Equifax is the need for board self-evaluation. Any board-driven internal investigation of a corporate controversy will benefit from consideration of the adequacy of the full board’s related oversight efforts. For example, the Wall Street Journal reported that weaknesses in Equifax’s cybersecurity measures were “apparent to outside observers in the months before the hack.” Was the board made aware of these weaknesses? If not, why not? Such a self-critique has been an accepted component of truly comprehensive internal investigations since the “Powers Report” from the Enron board. The willingness to consider how possible governance inadequacies may have contributed to crises can serve as a powerful demonstration of the board’s good faith and assumption of ultimate responsibility.

Equifax is not, as some have characterized it, the second coming of Enron. That’s unnecessary hyperbole at this point. As exaggerated as commentary may be, what is known about the crisis offers a valuable teaching moment to boards about expectations of fiduciary conduct in crisis situations, cybersecurity or otherwise.