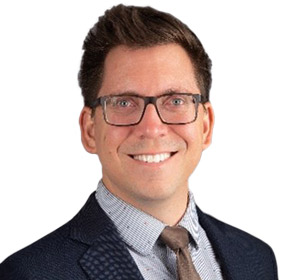 Where Economics and Life Sciences Collide: Industry Trends to Watch

Following a summer lull in meetings with boards and leadership groups, we are once again sitting down (still mostly virtually) to talk about their plans for the remainder of the year, and to discuss all matters macro that leaders should be aware of through the end of the year and rolling into 2023. From a general economic perspective, these conversations have centered on economic uncertainty, geopolitical tensions, persistent inflation, and continued disruptions to supply chains and labor pools.

When meeting with our life sciences clients, the discussion has quickly focused on the many challenges currently facing the ecosystem and how boards and their management teams are planning to address, or at least understand, what is happening in the biotech, pharmaceutical, and medical device space. For those that may not be in the life sciences space, these discussion points are still important as the sector represents one of the most active in the economy, and it has far-reaching impacts on the health of markets, the health care system, and individuals.

Keep an Eye on Capital Markets

It is worth noting that life sciences companies are a key driver of capital markets and have comprised more than 30 percent of all initial public offerings (IPOs) over the last decade; that percentage continues to increase. As such the industry serves as a bellwether for public markets and the long-term health of the economy. That is partially why life sciences boards have been acutely aware that the industry appears to have reached peak investment during the pandemic, and that activity in 2022 has been disappointingly sluggish.

In 2021,140 life sciences companies went public in the United States, raising $24.4 billion. From January through August 2022 IPO activity has been a fraction of the prior year’s with only 22 IPOs, and a collective raise of $1.3 billion. This reduction in market activities extends throughout the life cycle of the industry with 2022 mergers and acquisitions (M&A) deal counts at roughly 40 percent of the 2020 and 2021 average, and total M&A capital invested is less than 20 percent of the previous two-year average, according to RSM’s analysis of Bloomberg data. And things don’t look much better on the venture capital and private equity front with activity through August 2022 at roughly 50 percent of the 2021 total in terms of number of deals and capital invested, according to RSM’s analysis of PitchBook data. While these capital flows are not the only factors that impact life sciences, they are the primary driver for the development of new technologies and therapies that support the health and safety of populations domestically and around the world—efforts that should not be taken lightly following the industry’s rapid response to the COVID-19 pandemic.

And as the majority of life sciences companies are precommercial, leadership teams are faced with difficult decisions about how to manage operations, development milestones, labor forces, and investor expectations with very limited resources. These are all issues that much of the economy is contemplating as the United States juggles a potential recession. As such, we encourage leaders and directors to take a hard look at their operating plans for the next 12 to 24 months and to plan for any number of contingencies that may be necessary in such a volatile market.

However, the news is not all dire.

Clinical trial pipelines have remained robust with more than 900 first-in-class drugs and therapies currently in phase three or filed with the Food and Drug Administration (FDA). Through the end of August 2022, the FDA has approved 18 new drugs, which is a decreased rate from 2021 (36 approved through August and 50 for the year) and 2020 (38 approved through August and 53 for the year). While the current-year pace of approvals is off from prior years, we believe it is encouraging that life sciences companies continue to start new trials at an increasing rate and that there are more first-time developers entering the space with new and innovative drugs. These efforts are not only drivers of breakthrough technologies, but are also catalysts for job creation, market investment, and new acquisition and joint venture opportunities for established companies.

Massive Amounts of Dry Powder to Be Deployed

Large biotech, pharmaceutical, and medical device companies are sitting on record amounts of cash, as are private equity and venture firms. While deal flows have slowed and many pre-commercial companies are focused on stretching their cash runway, the industry is positioned for an active investment and acquisition cycle with plenty of dry powder and exciting new technologies looking for support. As valuations normalize from pandemic highs and deal flow starts to pick up, boards should be cognizant of how their companies are positioned to pursue financing, make a strategic acquisition, or perhaps consider accepting an M&A deal as an alternative to an IPO in a frothy public market that is waiting to see what happens with inflation, interest rates, and heightened geopolitical uncertainty.

The Inflation Reduction Act will not have broad negative impacts on life sciences companies. While drug pricing controls are frequent political fodder, the reality is that the provisions of the bill will primarily impact Medicare beneficiaries, a limited number of branded drugs, and likely only the largest drug makers. The ability for the government to negotiate prices on Medicare Part D covered drugs (retail prescription drugs) kicks in in 2026 with only 10 drugs covered the first year and adding 15 to 20 in each of the next three years. Starting in 2028 Part B (physician administered) drugs are also subject to negotiation. Drugs that have been on the market for less than seven years as well as most innovative biologics are exempt. While the initial impact is limited, there is the potential for this bill to be a first step in broader drug pricing reform efforts, and we recommend that all boards familiarize themselves with these provisions and engage in conversations with their management teams to assess current or future impacts on forecasting, pipelines, and negotiations with payers and providers.

Adam Lohr is a partner and senior life sciences analyst at RSM US.