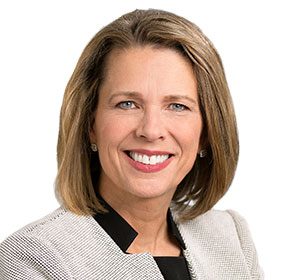 Board Diversity: Where Do We Stand?

There’s good news and bad when it comes to board diversity. The bad news first: Women hold just 22 percent of S&P 500 board seats, according to Spencer Stuart’s 2017 US Board Index. This is up from 16 percent a decade ago—an improvement, but a very slow one. On top of that, the index reveals only 17 percent of the top 200 S&P 500 boards have what the report defines as minority directors—a statistic that hasn’t changed much in the past 10 years.

But there is some good news, according to the index: More than half of new S&P 500 directors in 2017 were women, minorities, or both.

Recently, the push for more board diversity—gender, race and skills—has come from institutional investors, with some even voting against directors whose boards fail to foster diversity.

The message seems to be getting through. Nearly all—94 percent—of 714 directors responding to PwC’s 2018 Annual Corporate Directors Survey say that diversity brings unique perspectives to the boardroom. Our survey, released on October 17, found that 84 percent of directors believe diversity enhances board performance, and 81 percent say it improves relationships with investors—who are often the ones pushing for increased diversity. The benefits go on. Nearly three-quarters (72 percent) say diversity both enhances company performance and improves strategy and risk oversight.

But if diversity does all these things, why is progress so slow? For starters, there’s not always a lot of turnover on boards. In fact, 48 percent of S&P 500 boards added no directors last year. Another issue is that, despite citing its praises, many directors are also skeptical about the motivations behind the push for increased diversity. Our survey found that 52 percent of directors think board diversity efforts are driven by political correctness. And 48 percent believe shareholders are too preoccupied with the topic.

However directors feel about the issue, 91 percent say their boards have taken steps to increase diversity—including prioritizing diversity for search firms. Forty-five percent of directors say they nominated someone without previous board experience, and 42 percent say they recruited from outside the C-suite.

Boards may be looking beyond the C-suite because the C-suite itself has become less diverse. For example, according to Catalyst, as of October there were only 24 women CEOs of S&P 500 companies—that’s only 5 percent—and there are only three African-American CEOs of Fortune 500 companies. Companies don’t seem to be doing much about it, either, according to directors. In fact, 45 percent told us their company does a fair or poor job developing diverse executive talent, and 39 percent say the same about the company’s job recruiting a diverse workforce.

These numbers are a big red flag. Research shows that diverse teams and inclusive workplace environments correlate with stronger business outcomes. Diversity is good for customers—a diverse workforce allows companies to better understand different segments of the population and cater to them. A diverse workforce also helps attract potential and current employees, as well as improve a company’s brand and reputation.

But it takes strong leadership to foster such efforts. Over 450 CEOs of leading companies and business organizations—including PwC’s Tim Ryan—have joined a coalition, CEO Action for Diversity and Inclusion. They pledge to make their organizations trusting places to have complex and difficult conversations about diversity and inclusion, to implement and expand unconscious bias education, and to share best—and unsuccessful—practices.