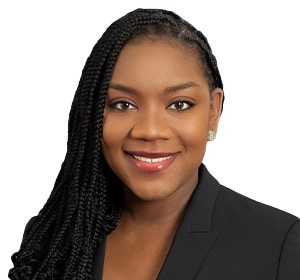 When a company is faced with an internal investigation, how many boards ask, How diverse is the investigation team? While many boards may be satisfied to know that a reputable law firm is handling the matter, digging deeper into how the investigation is being conducted can be a differentiating factor in the quality of information that surfaces up to the board, better enabling it to take whatever actions are necessary to best serve the company and its stakeholders.

In our firm, we recently had a conversation about the word “cousin” that highlighted the importance of having diverse teams handle legal matters. I was in a meeting with colleagues, and we were discussing the findings of an investigation into allegations of corruption involving dealings in sub-Saharan Africa. We came to talking about the fact that in certain emails, individuals who apparently had no family relationship referred to each other as cousins. As someone who grew up with many “aunties” and “uncles” who were not my parents’ siblings, this use of the term “cousin” did not surprise me at all. I explained to my teammates that in certain parts of the world, “cousin” can be used as a term of endearment to denote a close relationship. In our case, this was of particular interest as we were investigating allegations that a government official had received improper favors from our client’s business partner. This language supported the view that the business partner had a closer relationship with the official than initially disclosed.

I had a similar experience observing a deposition as a junior attorney. The witness was a high-level executive who answered most of the questions with some version of “I do not remember.” Eventually, he gave a very precise answer to a question. Asked why his memory had suddenly become clear, the witness recalled that on the day of the incident in question he had taken his child to a baseball game and that their favorite team had won. The partner taking the deposition, who was also a baseball fan, began to relate all the key events of the case to major moments in baseball history. The witness became more relaxed and began to offer more useful responses.

Looking back, these experiences have reinforced to me that the best teams are diverse teams because they are made of professionals who are able to see the same sets of facts, the same documents, and the same witnesses from different perspectives. This is particularly important in the context of corporate investigations. During document review, a diverse team can be particularly effective at analyzing documents by uncovering coded language and pop culture references and bringing to light the hidden meaning of an otherwise innocuous document. During interviews, where it is important to set a respectful, conversational tone and to make an assessment about a witness’ credibility and cooperation, a diverse team can serve to put the witness at ease and can shed light on certain attitudes. What is perceived as a lack of cooperation by one person may be seen as a sign of deference or politeness by another investigator.

Accordingly, boards can consider asking the below questions at each of the following stages of the corporate investigation process to ensure a holistic approach.

Marilyn Batonga is an associate at Baker & McKenzie in Washington, DC.