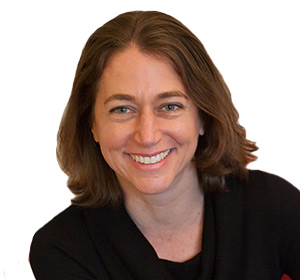 Can Directors Be Held Liable for a Failure to Oversee Climate Risks?

As climate change rapidly comes to the forefront of many agendas—policy, regulator, investor, and corporate—many directors are rethinking their previous assumptions. Climate action was once seen as a nice-to-have for its reputational boost or as a niche issue for certain high-emitting sectors—but no longer.

Today, climate change is well established as a material risk and an investor concern across the economy. It’s the board’s fiduciary duty to exercise risk-related oversight, and this includes climate risks, particularly in sectors that are more exposed to such risks. The title of a recent Forbes commentary says it all: “Yes, Even US Board Directors (And Their Attorneys) Need To Worry About Climate Change.”

Essentially, directors may be personally liable if they fail to see the red flags (or, in some cases, even yellow flags) that their company may be exposed to in terms of climate-related losses—or if they fail to implement and monitor systems for such oversight at the board level.

Increasingly, investors are turning to the courts to hold companies accountable for governance issues using Caremark claims. These are claims that directors breached their duty of oversight by either utterly failing to implement key reporting systems or by consciously failing to monitor such systems once in place. The namesake lawsuit is a 1996 case (Caremark International Inc. Derivative Litigation) in which investors brought a derivative action against Caremark International’s directors, alleging that the board had utterly failed to oversee compliance with anti-bribery legislation, which resulted in fines and penalties totaling over $250 million.

Over the last decade, Caremark claims have been largely unsuccessful, generally being struck down in the early stages of legal proceedings. However, in 2019, a Delaware court allowed a case filed by investors to proceed. In that case, Marchand v. Barnhill, investors sued Blue Bell Creameries and its directors on a Caremark claim related to a listeria outbreak that killed three people. Shareholders argued that Blue Bell Creameries, an ice cream manufacturer, lacked any health and safety oversight system on the part of the board. In an industry for which food safety is an obvious risk, the court ruled that directors had to at least “try” to monitor the company’s compliance with food safety regulations.

In the two years since the Marchand case, another four Caremark claims have survived motions to dismiss. The most recent was a case where Boeing investors blamed the board for its “complete failure to establish a reporting system” for airplane safety and for “turning a blind eye to a red flag” relating to airplane safety problems. The claim referenced two fatal crashes of its 737 Max plane, both due to faulty sensors, which together killed all 346 passengers and crew. While the most devastating loss was that of human life, the claim rested on related financial losses borne by investors. The board and the company have now settled the claim for $237.5 million, which is to be paid by the directors’ directors and officers insurers to the company.

These cases appear to follow a trend that some courts may be increasingly willing to allow shareholders to hold boards responsible for failing to oversee critical risks to their companies.

A new legal analysis, published in October by the Commonwealth Climate Law Initiative, analyzes how directors’ duties under Delaware law—in particular, their oversight obligations—encompass climate change risks posed to their business. Aside from the unprecedented human costs that climate change threatens, the paper says, oversight failures will lead to financial losses as greenhouse gas emissions create the conditions for severe weather and disruption of business as usual and also as consumers and regulators embrace the transition to a low-carbon economy. These risks are increasingly being recognized by government officials, regulators, and investors.

While many companies and their boards are taking these responsibilities seriously, others are not. Some seem to believe that acknowledging climate risks will open them up to liability. There is some indication that the opposite may be true.

Could a failure to oversee climate risk ever result in a successful Caremark claim against corporate directors? Caremark cases are most likely to succeed when there is a clear regulatory mandate that is being ignored. For climate change, these may extend beyond the obvious realm of emissions-reduction legislation to include disclosure obligations (as the US Securities and Exchange Commission’s 2010 guidance has made clear) and also health and safety regulations (as increased extreme conditions may lead to higher risks to workforces).

As some courts seem increasingly willing to let these cases progress, the possibility of a climate-focused Caremark claim is worth considering—especially for businesses with clear financial risks arising from climate change.

What should directors do to carry out their fiduciary duty on climate change and to protect themselves against lawsuits?

Interpretations of the law in this area may be more expansive going forward, and climate risks are becoming clearer—resulting in increased concern that directors could be held liable.

At the end of the day, there are many reasons for boards to take the climate crisis seriously—for the planet, for its inhabitants, for the bottom line, and for their own personal risk exposure—as directors may shoulder some of the blame if they fail to act.

Melissa Paschall is the director of the governance team within the Ceres Accelerator for Sustainable Capital Markets, where she engages corporate boards to drive environmental, social, and governance performance.