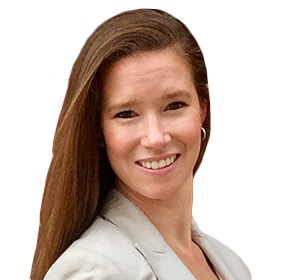 Because board members set their own pay, director compensation is a wide-open opportunity for shareholder litigation. In this BoardVision interview–moderated by NACD’s Publisher and Director of Partner Relations Christopher Y. Clark—Marty Coyne, experienced director and chair of NACD’s New Jersey chapter, and Dan Laddin, partner at Compensation Advisory Partners, discuss ways boards can limit exposure to litigation when it comes to director compensation: Here are some highlights from the discussion.

Christopher Y. Clark: Do you think that the [nominating and governance] committee or the compensation committee should [have primary responsibility for setting director pay]?

Dan Laddin: Chris, if we look at the market, it’s pretty mixed—a little bit leaning towards [the] compensation committee versus [the] nom/gov [committee]. At the end of the day, I think it really comes down to the principles you use for compensation of your directors overall. One, you may want to make sure you have an objective committee, which obviously you would [with]…either. You also want to make sure that compensation for directors aligns with the philosophy of the directors, and so in that sense, maybe the compensation committee is a little closer to that. At the end of the day, there’s a lot of cross-pollination usually across those two committees, so either works fairly well. We do see a little bit [of] leaning towards the comp committee though.

Clark: Thanks, Dan. Marty, you’ve been on all types of boards. What is your take?

Marty Coyne: I prefer the compensation committee…mainly because the comp committee is much more familiar dealing with the compensation consultant and much more familiar with the peer group. And so when you look at all of the data inputs, the comp committee understands the source, where the weaknesses are, and the strengths. I think one of the key things, though, is the full board approves director compensation. So regardless of which committee brings it forth, and brings forth the recommendation, the full board has to vet it and approve it.

Clark: In many cases, for leading governance practices, company size does matter. [Companies] are affected by different policies and regulations. The boards are occasionally very different; occasionally they are not. But when it comes to director compensation, it is a hot button and it certainly affects that board’s reputation [and] the company’s reputation, but most importantly, that individual director’s reputation. So, Dan, again, let me start with you. Do you feel that there is a company size factor here when it comes to compensation and reputation?

Coyne: There is a scale that the bigger the company [is], the more the directors are paid. The exposure potential for larger-company directors is far greater than the smaller-company directors because they just make better news than the smaller companies. There is a point though; it’s almost like a minimum size where, when you hit it,…the director workload is pretty much the same regardless of the size of the company. And, to attract and retain good directors, you’ve got to pay a fair compensation for those individuals.

Laddin: Sure. So this concept of the limits really [has been] coming to play in the last few years, as there were a few lawsuits against companies that said directors are inherently conflicted when they are setting their own pay. And in those specific companies, the view was that they set it well above any credible norm… The attorneys came in and said, “We can basically put in a shareholder-approved limit on directors’ compensation,” which then gets us back within this business judgment rule.

Clark: For the shareholder-approved limit, what’s the status today?

Coyne: I think…having a limit is very, very valid—and it’s necessary. I don’t see any resistance to putting limits on directors’ compensation. If I were a shareholder, I would expect my compensation plan that I’m approving to have limitations for director compensation.

Clark: When we look at the umbrella of business judgment and compensation, I’ve got to ask you, is the litigation environment lukewarm or is it red hot?

Laddin: I would say it’s lukewarm at this point. The lawsuits have really been at the extremes where director compensation was well above the norm.

Coyne: I think…there’s been a quantum step forward on the nom/gov side in choosing the right directors sitting around the table. I think the next step is going to be how do you compensate your directors? What is your philosophy to attract and retain good directors? How does director compensation correlate with company performance? Is there potential pay at risk? I think there will be some…comparisons of director comp to the TSR. And if a company is not performing well, I think directors are going to have to answer a lot of tough questions about why are we paying you when the company performance is so poor? But I don’t see any dramatic changes in the next couple of years.

For further considerations on director pay practices, please review the Report of the NACD Blue Ribbon Commission on Director Compensation.

Report of the NACD Blue Ribbon Commission on Director Compensation