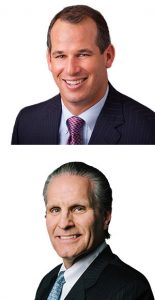 By Jay Frankl and Glenn Tyranski

By Jay Frankl and Glenn Tyranski

The first half of 2019 brought with it yet another trend in the world of activist investors and arbitrageurs: deal agitation in mergers and acquisitions (M&A). This agitation represents an intersection of activism and traditional M&A known as “deal activism,” sometimes “anti-deal activism,” “M&A activism,” “contested M&A,” and our favorite, “bumpitrage.”

Simply put, deal agitation represents an interested party’s effort to capture additional value from its investment in a proposed merger or acquisition activity. While these actions may not ultimately scuttle a transaction, they often lead to improved terms that benefit the activist, as well as other similarly situated shareholders. That’s good news for the seller, yet bad news for the buyer. But for purposes of getting a deal done, this creates an incredible amount of work for board members, management teams, and advisors, as well as considerable complexity, uncertainty, and volatility for the buyer and the seller alike.

What can be done to mitigate this increasingly common dynamic?

Contested M&A Is Not Unique

Nearly half of all publicly disclosed 2019 activist campaigns included an M&A thesis as the primary focus and strategy of the campaign. An M&A thesis may follow one of three routes:

Scuttling was the most significant trend found among M&A theses in the first half of 2019, representing approximately 35 percent of such campaigns, which is roughly a 7 percent increase over the 2014–2018 period.

Agitation efforts can take a number of forms, and can be supported by activists in a variety of ways.

High profile examples in the first half of 2019 include:

In general, an activist shareholder enters into a previously disclosed transaction and then agitates by seeking to improve the previously announced terms, or in cases where the activist disagrees with the strategy, seeks to block the deal from moving ahead. Activists will not easily be dissuaded despite the potential difficulty of the effort.

Directors have fiduciary duties of loyalty to the company and its stockholders and thus have ultimate responsibility and accountability for the company’s actions. When a shareholder activist calls into question a decision a board has made to approve a pending transaction, a wide range of questions and considerations can be revived from the initial transaction due diligence. The “rehash” can be more difficult and disruptive than the original decision.

2. Boards Are Often Reminded to “Think Like an Activist”

In other words, maximize shareholder value. In the context of M&A, that can be quite subjective, particularly given assumptions that must be made on operating synergies, cultural compatibilities, customer acceptance and regulatory considerations.

Boards will need to know and understand their shareholders’ interests and perspectives to be prepared to gauge perception and acceptance around M&A. Not only do boards need an independent and robust process for evaluating potential transactions, but in contested M&A, they also need to be able to explain to the company’s other shareholders why possible alternative suitors or a “stay the course strategy” do not make sense, particularly in transactions involving equity issuances. Understanding company-specific corporate documents and shareholder approval requirements can assist in the design of a company-friendly transaction. Staying on message is crucial in conveying the merits of a proposed M&A transaction.

One natural defense is the shareholder base. Once a deal is announced, the shareholder register will exhibit turnover and a new composition of shareholders will arrive, many seeking only the highest price. Unless an activist can deliver on that goal, its opposition to the deal may fall flat. Another natural defense is the structure of the transaction. If ultimately a shareholder vote is not required, then an activist can only express its views without the power to actually enact change. Time can also be a natural defense, as the agitator may be under pressure to produce a credible alternative plan on the timetable of a company’s proxy and annual meeting dates.

Boards need to know the M&A activism landscape and prepare by understanding the likely interlopers and their play books. Some recent activist campaigns and their agitators include:

All of these campaigns present interesting M&A activism lessons for boards.

There remains little question that traditional deal fundamentals, valuation, and well enriched shareholders will still ultimately carry the day. If the cultural and product synergies among the businesses make sense, then shareholder approval will ultimately depend on whether the price is right. Boards must assemble a team of experienced advisors, especially those with expertise in contested situations, to be able to speak to the strategic benefits of a merger or acquisition and to be ready to defend the transaction against potential opposing parties.

The views expressed herein are those of the authors and not necessarily the views of FTI Consulting, Inc., its management, its subsidiaries, its affiliates, or its other professionals.