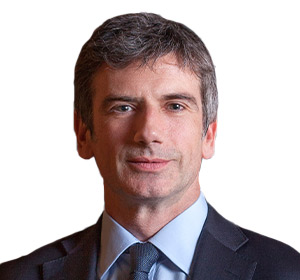 The 2020 Global Risks Report was released earlier this month, setting the scene for the annual gathering of political and business leaders in Davos. The flavor of this year’s edition, prepared as ever by the World Economic Forum in collaboration with Marsh & McLennan and other partners, can be summed up in two words: “confrontations” and “urgency.”

This comes through the findings of the survey of 800 global risk experts that informed the report and also from the deep-dive analyses of key concerns. In particular, seven broad messages stand out from this year’s report:

What lens should boards of directors apply to these seven findings?

First, they should review whether they are receiving and engaging with good strategic advice on political risk. Companies should see themselves as in the crossfire and also as possible collateral damage as commercial activity—both within countries as regimes change and between countries—is weaponized for political ends. Some countries in which firms are operating may be developing new industrial policies, tax initiatives, and regulations; companies may also be caught up in trade disputes. Political entanglements have become more dangerous, with businesses running a higher risk of being linked to bad behavior and corruption exposures. Moreover, by virtue of their business focus or affiliations, organizations may be targets of more vociferous protestor action.

Second, directors should ensure they have the right oversight arrangements with respect to emerging technology risks. Understanding cyber risk governance is one thing, but being confident in safe, reliable, and ethical deployment of artificial intelligence to avoid commercial and reputational mishaps is another. Does the board have the right expertise to examine this? It is also going to be of increasing importance for directors to have a clear view of technology partnerships, providers, and supply chains to ensure their organizations are on top of new exposures and vulnerabilities in a more challenging environmental and technological climate.

Finally, directors should recognize that organizations, especially companies, are going to come under intense pressure from different directions regarding climate change—and that the obligation to make material adjustments to business practices may come over a shorter time horizon than anticipated (especially for those with significant assets abroad). Notwithstanding the federal government stance, states, customers, and investors are becoming more demanding in their expectations of companies, with the stances of each of those groups hardening the others’ positions.

Getting on the front foot with these macro-level risks requires the strategic adaptive governance that the NACD set out so clearly in its 2018 Blue Ribbon Commission report. The nexus of big-picture challenges facing organizations today means that all those capabilities and behaviors should be honed and deployed with vigor.

Richard Smith-Bingham is the executive director of Marsh & McLennan Insights and a key contributor to the 2020 Global Risks Report.