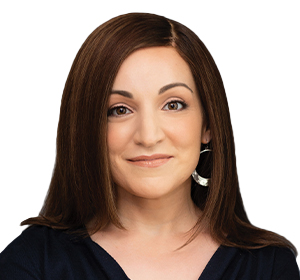 The racial justice movement, the gradual shift toward increased transparency around pay equity and workforce representation, and the upcoming US presidential election have all combined to create a unique moment in time—one in which many companies are feeling renewed hope that progress with regard to racial equity is possible. However, despite years of hard work and millions of dollars spent by companies on diversity initiatives, very little has changed when it comes to Black and Hispanic representation in management over the past 30 years. The summer’s protest movement has led to a reckoning of sorts. Why has progress been so elusive? How can boards ensure they are doing all that they can to oversee a culture in which great talent can succeed, regardless of race or gender?

One way to ensure the compensation committee (and in many cases the full board) is fully engaged in the oversight of progress around diversity and inclusion initiatives is to make certain that discussions of talent strategy, including the diversity of talent, take place throughout the year—including on the compensation committee. Often this discussion is relegated to a single meeting annually and is left to the chief human resources officer or chief diversity officer alone to manage and own. The involvement of the CEO and entire leadership team has been shown to significantly improve diversity outcomes for a company, especially when it comes to increasing representation at senior levels. The board can facilitate this by committing to frequent and ongoing discussions around the ways in which diverse talent is sourced, promoted, and surfaced to the board.

The Levers of Change

For many companies, the best way to measure whether efforts to create an inclusive culture and increase worker and management diversity are successful is to set long-term goals that apply to a broad population. These goals may be internally communicated or externally disclosed, as companies such as Accenture, BlackRock, and Google have done. The board should receive regular updates from management on progress against goals and should hear from management how it plans to measure and improve outcomes on a long-term basis.

A major focal point of the push for increased diversity and inclusion at companies has been the issue of accountability. How are companies and management teams to be held accountable for making a difference? Progress is often slow and difficult and lacks direct and immediate ties to the financial performance for which CEOs are responsible.

Questions have been raised regarding shareholder primacy and the importance of other stakeholders in the corporate world, most prominently with the Business Roundtable’s 2019 Statement on the Purpose of a Corporation. If corporations are truly expected to play an essential role in improving our society, compensating employees fairly while fostering diversity and inclusion as part of that mandate, a logical conclusion is that these outcomes should be encouraged through tying them to executive pay. Although only a minority (some studies report around 15 to 20 percent of the S&P 500) of companies currently include diversity metrics in their incentive plans, an unwillingness to do so may be perceived as a disconnect between what a company says is important and what it is willing to reward in practice.

If diversity incentive metrics are to be considered, an important question is whether they should be tied to short-term pay (through the annual incentive plan) or long-term pay. The vast majority of companies that use diversity incentive metrics do so through the short-term incentive plan. However, given that increased representation of diverse talent in senior roles is almost always years in the making by virtue of supporting diversity in the leadership pipeline, positioning this in both the annual and long-term plans may be more effective. This would allow executives to be rewarded in the near term for taking actions that should yield sustainable improvements in representation over time—for example, actions that will grow the pipeline of qualified, diverse talent. The ultimate success of those actions in driving improved representation should be reflected in the executive’s long-term compensation. In particular, a design in which executives may lose money if goals are not achieved, rather than simply including diversity goals in a basket of individual objectives, may go further to change behavior in ways that are sustainable and effective long term.

The role of the director has become more demanding and more complex than ever before. In addition to overseeing the company’s financial and operational performance and its obligation to create value for shareholders, the board is now tasked with a multitude of environmental and social responsibilities that challenge some of our most fundamental assumptions regarding the role of the corporation. Ensuring that diverse talent has an equal chance to thrive is a business imperative as well as the right thing to do, but making it happen takes aggressive action. As with any business imperative, the support and leadership of the board is critical to the company’s success in achieving these vital objectives.

Ani Huang is the president and CEO of the Center On Executive Compensation.