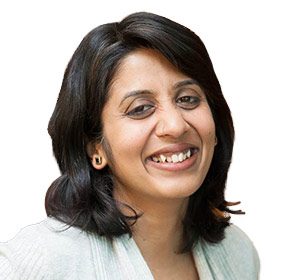 Climate Change Under the Biden-Harris Administration: What Boards Should Know

When the Biden-Harris administration takes the reins of the US federal government in January, it will face challenges of historic proportions. In addition to the pandemic and associated economic fallout, the new administration aims to tackle racial injustice and climate change as top priorities.

But rather than viewing these as separate issues, the new administration is approaching them as interconnected. For instance, one of the first administration positions that Biden announced was John Kerry as special presidential envoy for climate—the United States’ first cabinet-level position focused exclusively on climate change and one that has a seat on the National Security Council. Moreover, several of the picks for economy leadership—such as Janet Yellen as secretary of the treasury—have strong climate change credentials.

Regardless of the makeup of the US Senate, we can anticipate plenty of climate action from the incoming presidential administration. Here’s what corporate boards can expect.

It is a safe bet that US financial regulators will increasingly recognize climate change as a systemic risk to financial systems and start to integrate it into their oversight of major industries. Less than a week after the presidential election, the Federal Reserve highlighted climate change as a near-term risk to the financial system, calling on banks to establish robust systems for climate-risk oversight. Days later, the organization announced its intention to join the Network of Central Banks and Supervisors for Greening the Financial System, a group of 75 global financial regulators seeking to combat climate change by better understanding the risks it poses to economies.

These developments add to the already growing momentum around integrating climate risk considerations into the financial system, including the release of a “first of its kind” report on climate change from the US Commodity Futures Trading Commission in September, which identified climate change as a threat to US market stability and outlined a series of steps that regulators could take to address this risk. An increase in US regulatory action would follow similar actions taken by central banks around the world, including in countries such as the United Kingdom and France, as well as by the European Commission, all of whom have or will institute climate change stress tests of their respective financial sectors.

Increased Freedom for Investors to Engage on Climate

During the Trump administration, investor engagement on climate change has been robust. The 2020 proxy season saw more than 140 climate-related shareholder proposals, with a record six resolutions earning majority votes. These actions are particularly notable given changes in regulation: just this fall, the US Securities and Exchange Commission (SEC) raised the threshold for investors to file resolutions and the US Department of Labor finalized a rule limiting the ability of fiduciaries under the Employee Retirement Income Security Act of 1974 to integrate environmental, social, and governance (ESG) issues such as climate change into their investment process (despite fierce opposition from the investor community).

In the Biden-Harris administration, we may see a reversal of these and other restrictions on the ability of investors to engage on climate change and ESG, potentially allowing investors to move forward with even more tools at their disposal.

Increased scrutiny of climate risk under the new administration will go hand in hand with the push for greater transparency throughout the financial system. The annual status report from the Task Force on Climate-related Financial Disclosures (TCFD), increasingly seen as the gold standard in climate change reporting, noted that while 60 percent of the world’s largest public corporations support the TCFD, less than 7 percent actually report the impact of climate change on business and strategy—hence the need for climate change disclosure rules.

Given these likely regulatory, policy, and market headwinds under the incoming administration, how can companies prepare for these anticipated changes? In addition to building ESG competency, here’s what boards can do.

With climate impacts compounding around the world and the incoming Biden-Harris administration poised to take a more aggressive stance on climate action, companies have the opportunity to prepare by increasing their climate resilience, mitigating climate risk, and openly disclosing their efforts.

Veena Ramani is the senior program director of Capital Market Systems at Ceres. She leads Ceres’ work on board governance.