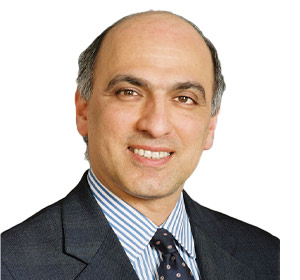 What Career Equity for Women Means for Pay Equity

We are witnessing a surge in companies proactively assessing and, in some cases, reporting on the state of pay equity for women in their workforces. This is partly in response to pressure from legislative and regulatory bodies demanding accountability and from activist shareholder groups that are pressing publicly traded companies to accelerate their progress toward an equitable workplace. It also reflects a growing commitment to corporate social responsibility and recognition that achieving gender pay equity is actually good for business.

Transparency about pay equity is a seminal step in a process that will likely see companies sharing detailed information about gender equity in career advancement and employment, i.e., career equity. Boards can help management get ahead of the curve by asking the right questions and demanding the right data to assess how well women are faring in their organizations.

Appropriate pay assessments require apples-to-apples comparisons. They compare the pay of similarly situated women and men, statistically accounting for the full constellation of factors that legitimately influence pay, such as career level, job family, function, role, geography, educational attainment, and performance ratings. The statistical models identify and measure the impact of these legitimate drivers of pay in the organization and thereby distinguish between explained and unexplained pay differences. In a typical scenario, a raw pay gap of, say, 20 percent, may fall to 2 percent or less after controlling for the other factors. It is this adjusted pay gap—the unexplained difference in pay—that becomes what companies are most likely to report.

As companies make progress toward eliminating the adjusted pay gap, they must guard against complacency concerning the underlying impediments to career advancement that sustain persistently high raw pay differences for women. We have seen companies reduce their adjusted pay gaps to close to zero, yet still maintain raw gaps in excess of 20 or even 30 percent. The reason is that making the indicated pay adjustments does nothing to address the dynamics that disadvantage women from a career standpoint and explain why gender representation typically falls as one moves up the career hierarchy.

For example, in most organizations, there are certain positions, such as supervisory and customer-facing roles, that are pivotal to success. All else being equal, employees who are in these roles are more likely to be promoted, to be paid more, and to receive high performance ratings. However, all too often, we find that women are less likely to be in those roles to begin with. As such, they are less well positioned to succeed than their male counterparts.

This example drives home that there are often situational factors that influence success. If women are not able to access those favorable situations as readily as men, they will face systematic impediments to their progress into higher level, higher paid jobs. The fact that their lower pay is explained by specific career factors makes it no less concerning for women or for employers.

While it is crucial for organizations to address unexplained pay differences, tackling the explained differences will ultimately lead to the most progress in achieving both pay and career equity. In pursuit of that goal, boards might ask management to provide

Once this information is in hand, the pathway for simultaneously achieving pay and career equity is generally clear. By demanding the right workforce intelligence and tracking the right metrics, the board can become a powerful catalyst for progress toward full and sustainable gender equality in the workforce.