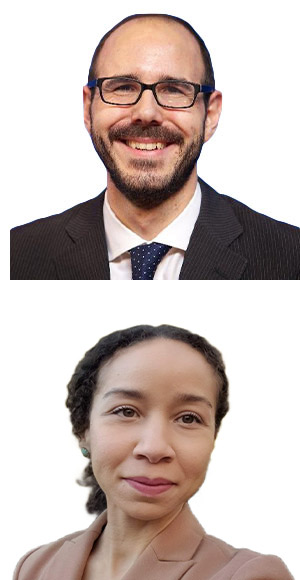 How Boards Can Help Address Systemic Racism in America

These are difficult times in America. A global pandemic has taken 100,000 lives and shut the economy down. Just as communities across the country started to reopen, a more insidious virus has yet again exposed itself for all to see. The senseless and inhumane death of George Floyd at the hands of police has ripped the polite veneer off American society, exposing the nation’s failure to rid itself of systemic and institutional racism. Time and again, leaders from all facets of society have called for change, and while some progress has been made, many gains feel superficial and fleeting.

What is needed now is an honest and true national conversation about America’s character, who it wants to be, and how it serves all of its people—especially our Black colleagues. As one of the pillars of a free and democratic society, business has a crucial role to play in creating the proverbial seat at the table for all who want to participate freely and equitably in our society. The debate over the role of business in society—the purpose of the corporation—takes on new urgency. As the primary economic engine of American society, businesses can reimagine themselves as active parts of the solution.

Here are four immediate steps for boards to consider as they lay the foundation for meaningful, sustained changes to address racial injustice.

If ever there was a time to demonstrate commitment to values, to make them honest and real, this is it. As a first step, the board, in collaboration with management, has an opportunity to revisit the company’s values, to update them, if needed, to recommit to them, and to ground the company’s actions and practices moving forward in that framework.

The board should also use this opportunity to partner with management to look deeply to ensure that, as imperfect as organizations are and will always be, their culture is a part of the solution and not part of the problem. Many companies—even industries—have difficult histories to confront, having emerged from, benefited from, and even perpetrated the inequity and injustice that is institutional racism.

But it goes beyond corporate action. This is a time for board members to have difficult conversations among themselves. Directors, along with their peers, can use this moment to ask themselves what they need to learn about the issues that afflict the Black community in America. Knowing that the board has an important and impactful voice within the company, and its broader stakeholder community, consider how it uses that voice to acknowledge the reality of systemic racism, affirm the painful emotions that people are feeling, and help to develop solutions.

As overwhelming and emotionally charged as the topics of racism and inequality can be, it is important to remember that many—but not all—companies employ deep subject-matter experts—a chief diversity, equity, and inclusion (DE&I) officer. Early on, this role was focused on the programs and processes that would encourage the recruitment and retention of people of color into the corporate ranks. More recently, these leaders have stepped up to facilitate difficult conversations and address conflict within the workplace. In some cases, DE&I leaders serve as a conscience for the company.

Historically, engagement between the board and the DE&I leader has been limited. That should change. Boards now have an opportunity to engage with their DE&I leaders, assuming such a role exists within the organization. If it does not, the board should discuss why with management and consider recruiting for that role.

Where there is a DE&I leader in place, now is the time to elevate them and their voice. They have grappled with questions of inequality and racism and know the company, its culture, and its blind spots.

The board should also approach DE&I like it does other critical business functions such as ethics and compliance or internal audit.

Said another way, does DE&I have a real seat and voice at the table?

Boards should engage management in a discussion to help them reevaluate where they spend their resources and how those resources can play a role in helping to solve this crisis. Through dialogue, boards and management can help identify areas of highest impact in which to invest corporate resources.

Clarify Expectations of the CEO

CEO activism is a growing and powerful reality. Time and again, on issues ranging from racism to gun safety to LGBTQ+ rights, CEOs have increasingly used their bully pulpits to speak out. Sometimes they put the business’ performance and reputations on the line when, for instance, they plan to move facilities or events in response to issues of consequence. Understanding the role and voice of the CEO and the board’s expectations of them is central to success. Actions that boards should consider include the following:

The time for boards to act is now. And the first action is to be honest about what the company stands for and how it wants to lead—in the C-suite, in the boardroom, and within its communities.

People often want progress, but they don’t want change. We have to be willing to change. Change or progress goes beyond statements and flowerlike platitudes. It requires action, consequently and action plan put into place with what we will do and not just talk about. This is better known as paralysis by analysis. Good article.

Great conversations and engagement around the topic of Racial Equity must be sustained by data and insights from the data.

If the CEO needs the BOD to tell them how to treat their employees and their community with the care and respect they deserve, something is seriously wrong. I agree the values should be reviewed, but in this day and age, no organization should have any tolerance for bias. I always had a trusted group of diverse employees who I made sure knew my door and my phone was always available to them directly. We never failed to nip any bias in the bud swiftly and publicly, so everyone knew the boundaries.

Excellent article, but NACD needs to take the lead towards ensuring that this very important issue is not lost or washed away. And becomes a major strategic initiative for public company boards.

Excellent article! Thank you, Marcel and Ashley. I’m committed to making sure my organization and every one that I serve is part of the solution.

Change is messy but possible. It can be led!