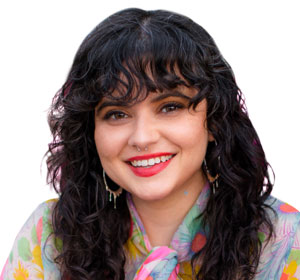 When It Comes to Board Diversity, Regulation Helps But Is No ‘Silver Bullet’

The current state of board diversity regulation is partly dependent on the jurisdiction in which the company resides. At the end of 2021, 12 US states had either enacted or considered diversity legislation, including California, whose AB 979 requiring covered corporations to have at least one director from an underrepresented community by the end of 2021 was overturned by the Los Angeles County Superior Court mere days after the advisory council met. Meanwhile, the US Securities and Exchange Commission (SEC) last year approved Nasdaq’s board diversity rule, which requires companies listed on the Nasdaq exchange to publicly disclose board-level diversity statistics and have at least two diverse directors or explain why they do not.

Despite the fate of the California law, it is likely disclosure requirements will become both more common and more stringent given increasing stakeholder expectations around accountability and disclosure. Additionally, investor proxy voting guidelines increasingly account for board diversity. For example, State Street’s guidelines reflect the expectations that boards of all listed companies have at least one female board member and that companies in the S&P 500 disclose, at minimum, the gender, racial, and ethnic composition of the board, and have at least one director from an underrepresented community. Should these expectations not be met, State Street may vote against the chair of the nominating committee.

The Benefits and Challenges of Regulation

Regulation can be a catalyst for change to balance the interests of business and the public. However, the system is far from perfect.

In March 2022, the NACD Center for Inclusive Governance Advisory Council met to discuss the current state of board diversity regulation and its impact on the boardroom. One member of the advisory council pointed to California, one of the states that is most active in enacting legislation around board diversity, as an example. The state’s first attempt to remedy a lack of board diversity by mandating female representation within the boardroom failed to result in boards reflecting the racial and ethnic makeup of California; the overwhelming majority of women nominated to boards were white. In fact, as of March 2020, Latinos make up only 3.3 percent of women appointed to boards since this law was enacted on Oct. 1, 2018, despite Latino women comprising roughly 20 percent of the state’s population.

This suggests that regulation alone may not be sufficient to engender meaningful board diversity that accurately represents a company’s stakeholders. In fact, several advisory council members agreed that regulation can be a valuable tool—but not the “silver bullet”—in creating diverse boards that are reflective of a variety of experiences, skills, and backgrounds, and expressed a preference for regulation focused on disclosure, rather than regulation that is prescriptive in nature.

From Diversity to Inclusion

We’ve often heard that “diverse boards perform better,” but diversity is just one facet of creating a board that is truly fit for the future. Members of the advisory council pointed to the existence of diverse boards where, nonetheless, each director comes from similar schools, geographic locations, or socioeconomic backgrounds.

Ensuring your board is full of members with different backgrounds, experiences, and skill sets is the first step in creating a strong board, but it is not the end point. Board leadership has a key role in ensuring that all directors’ perspectives and backgrounds are respected, and that their voices are heard and considered in decision-making processes.

Instead of viewing diversity as a burdensome requirement or simply a part of dotting the “I’s” and crossing the “T’s,” directors should understand it as an important driver of company success and opportunity. For example, one advisory council member highlighted a common misconception that it is “risky” to invest in the US Latino community when in fact, by not doing so, trillions of dollars are left on the table because of this lack of investment. It’s not out of the question that this imbalance has resulted in other, similarly valuable investment opportunities going unrealized.

Creating diverse, inclusive, an equitable boards is not a simple task. And regulation can’t transform a diverse board to an inclusive one in which all directors’ unique perspectives are sought out and heard.  Whether updating the composition of your board is driven by regulation, or the benefits associated with diverse and inclusive boards, it’s clear that stakeholders increasingly expect companies to strive for genuine board diversity and create a boardroom culture of equity and inclusion. Ensuring that the full potential of boardroom diversity is realized depends on not only executives and directors. The broader governance ecosystem plays a significant role in these efforts as well.

As the business community continues its work toward board diversity and inclusion, regulation is an important part of that broader ecosystem. It may not be the only solution, but it can, when implemented thoughtfully, be a catalyst for increased inclusion and the creation of a more effective boardroom.

Hannah Geyer is associate director of the chapter network and centers at NACD.