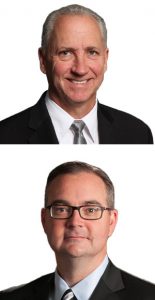 Preparing for Board Compensation in Times of Distress

Director compensation is normally comprised of two elements: cash retainers (including an annual board retainer and committee retainers) and an equity retainer (typically restricted stock that vests if a director remains on the board for one to three years from grant). At the time of a potential restructuring, however, previous equity awards issued by a company typically have little to no value, and the company may not have enough available equity to properly compensate its board members.

According to the 2018–2019 NACD Public Company Governance Survey, the average public company director’s time commitment is roughly 245 hours each year—and the workload significantly increases both in preparation for and during a restructuring. This is particularly true in the early stages when many important decisions require the board’s timely attention. The increased time commitment is one factor that should be considered when evaluating board compensation practices and levels during a restructuring.

Prior to making any changes, boards should evaluate market levels of pay by benchmarking compensation at similar companies. Appropriate compensation is essential to maintaining directors’ focus during a time of distress and increased workload. Benchmarking director compensation also provides assurance to companies that their board members are being compensated fairly and within current market standards, which may reduce a company’s risk associated with utilizing out-of-market pay practices. Using that information as a baseline, boards will usually make the following changes to director compensation when the call of duty demands increased time and commitment.

As a company approaches a restructuring event, equity compensation generally does not provide an appropriate incentive due to its diminished value. During this time, boards frequently conduct a market analysis to ensure competitive levels of compensation and then convert the board compensation to a fully cash-based program. For example, a company with a $100,000 cash retainer and a $150,000 equity retainer would convert to a $250,000 cash retainer.

Adjustments to payout timing are also considered in order to maintain directors’ focus throughout the restructuring process. For example, companies with programs that pay out annually often convert to a quarterly program that is payable in advance of the beginning of the quarter. Additionally, increased director time commitment should be considered when evaluating potential changes to compensation after the restructuring has been completed, as additional compensation may be warranted.

In certain cases, the board will form a separate restructuring committee in anticipation of the specialized tasks associated with the restructuring.  The restructuring committee remains in place for the period in which the company is in bankruptcy. Or, a board member might be appointed the chief restructuring officer (CRO). In exchange for service on the special committee or as a CRO, additional compensation commensurate with a director’s additional duties is warranted. The amount and the form of that compensation will vary widely, depending on the company’s needs and the individual director’s contributions.

Under normal operating circumstances, boards have moved away from paying meeting fees and instead use a fixed retainer structure. In the context of a restructuring, some companies consider reverting back to meeting fees to reflect the additional workload and greater board engagement required during the restructuring process. However, other companies stick with the fixed retainer, which simplifies the administrative process and removes the challenge of determining what is considered a board meeting.

When approaching a potential restructuring, companies should ensure board compensation plans are fair, reasonable, and aligned with market practices. Not only is this best practice, but doing so demonstrates a company’s commitment to its board and accountability to stakeholders during the restructuring process.