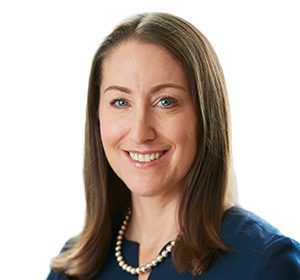 Are You Confident Your D&O Insurance Policy Will Stand Up to These Challenges?

Directors and officers of both public and private companies operate in difficult, complex, and evolving business, legal, and regulatory environments. Challenges and risk exposures are unavoidable, and the speed of change shows no sign of slowing. Accordingly, it is imperative that directors and officers stay abreast of issues impacting the risk landscape and continually analyze how best to protect themselves. The recently released NACD Board Leadership report prepared with Marsh, “Evolving Directors & Officers Liability Environment Emerging Issues & Considerations,” identifies core areas of change and associated insurance concerns for directors & officers (D&O).

Four areas being closely watched today are discussed below.

Securities regulations and resulting enforcement and claims will change over the course of President Trump’s administration, although the extent of the change remains to be seen. Deregulation for financial institutions and other organizations is likely. Although deregulation may ease the regulatory burden on businesses in an effort to stimulate growth, it could lead to a rise in resulting claims due a potential decrease in transparency and mandated corporate guidelines.

We may also see a shift in how government regulatory agencies handle purported wrongdoing—perhaps with the assessment of fewer corporate penalties while continuing to hold culpable individuals accountable. Based on some of the recent U.S. Securities and Exchange Commission appointments — including the SEC Chair and co-heads of the SEC Division of Enforcement —many expect that the agency will continue to aggressively pursue culpable individuals.

Generally speaking, activism is on the rise, including environmental activism, shareholder activism, and other forms. The first climate change-related securities class action was filed in late 2016, and more are expected to follow. Some anticipate that, as a result of the Trump administration’s withdrawal from the Paris Agreement, environmental activists’ drive to advance their agenda—whether through civil litigation, shareholder resolution initiatives, or other means—will increase. In addition, we expect there to be more initiatives driven by state regulatory actions and non-governmental organizations.

Cybersecurity-related losses continue to be one of the most worrisome potential exposures for companies. Despite some significant recent cyberbreaches, the first traditional securities class action litigation against directors and officers was only recently filed. The complaint generally alleges that the defendants made materially false and/or misleading statements about the breach. It also claims failure to disclose material adverse facts about the company’s business and operations specific to data protection, and the discovery and potential impact of the data breaches.

On the other hand, there have been a number of derivative lawsuits filed against companies’ directors and officers for alleged mismanagement of cybersecurity incidents. To date, defendants in this type of litigation have largely been successful in getting these cases dismissed by invoking the business judgement rule, among other defenses. However, a notable, recent settlement of one of these derivative actions while on appeal will likely continue to fuel the plaintiff’s bar’s drive to pursue cybersecurity-related D&O claims.

While each of the above can be viewed as discrete risks, they each share a common thread: increased exposure to directors and officers. As a best practice, all directors should regularly review their D&O insurance program with their insurance advisors to ensure adequate protection in the wake of the increasingly risky environment in which we live. Directors and the officers of their companies should ask themselves probing questions about their insurance coverage:

By reviewing these questions in conjunction with their insurance programs on at least an annual basis, directors and officers will be more adequately prepared for the scenarios outlined above.

Sarah Downey is the D&O Product Leader at Marsh.