Champions of business women have been honored each year since 2001 by the prominent civil rights organization Legal Momentum with its Aiming High award. Lisa Garcia Quiroz, senior vice president, president of the Time Warner Foundation, and chief diversity officer of Time Warner, is one of three honorees this year. 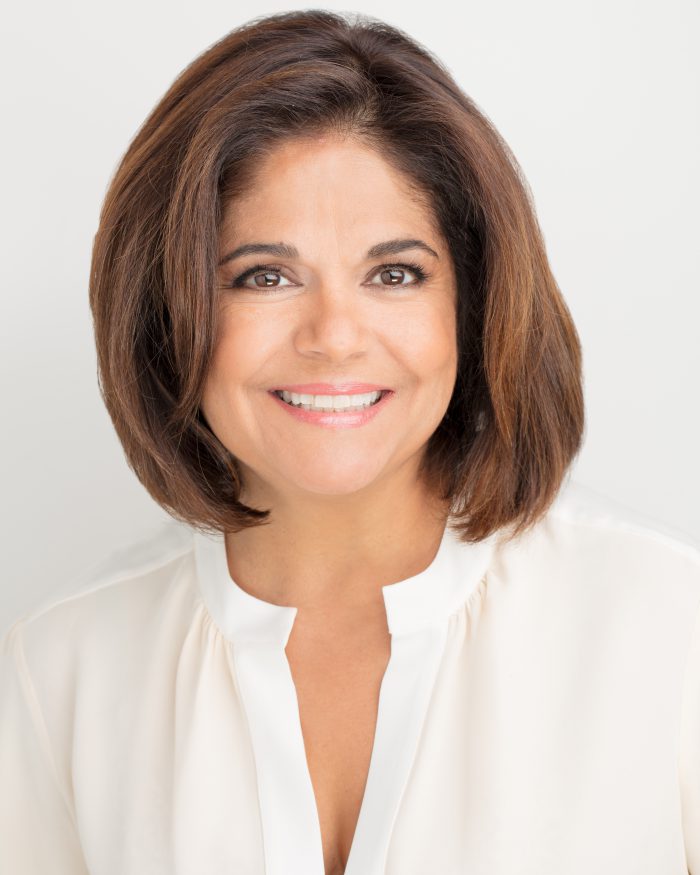 The seventeenth annual Legal Momentum Aiming High Awards will be presented at a luncheon on June 15 in New York City.

In addition to Garcia Quiroz, this year’s award recipients are:

Few people in the workforce can claim that they have worked for the greater part of their careers helping to advance women in their workplace. Garcia Quiroz counts herself among the privileged few. When asked about the role that the women in her working life played in her own career development, she said that she owed much of her success to women who reached back to pull her up along with them.

Through her work at Time Warner, she has always placed a priority on amplifying diverse story tellers’ voices. NACD is honored to amplify her voice and to celebrate her leadership along with Legal Momentum. In a recent interview, Garcia Quiroz reflected on her role within a company of storytellers.

What is your approach to setting diversity, inclusion, and social responsibility strategies at Time Warner?

I will tell you that all of the initiatives that I work on at Time Warner have a definitive thread going through them—this idea of diversity and inclusion (D&I)—but for me, I felt it was really important to root it in the business of the company.

I don’t take that commitment lightly. I don’t mean what’s the business case for diversity and share that with my colleagues. No. I first ask, what does diversity mean for a media company? What are the most important outcomes that can come out of a robust diversity effort at a media company? Then, how can we be sure to integrate those principles into the core of this company? Our company is a company of storytellers. We create content. Bearing that in mind, what I did was develop a diversity portfolio that set goals that were very much in line with a company that had its success inextricably linked to talent.

How has being a woman shaped your opportunities to lead through your career? How have mentors helped you along the way?

I would say that most of my significant opportunities were as a result of a woman reaching back and pulling me up with her. For example, Ann Moore was the legendary head of People magazine and went on to become the CEO of Time Inc. Ann was an incredible mentor of mine. She’s still a terrific friend and was the person that gave me the opportunity to be publisher of People en Español. What’s significant about that is that, honestly, I got that job probably five to seven years earlier than I should have, but she believed in me and gave me the type of support and mentoring that I needed to ensure that I was successful in that role. For that, I’ll be forever grateful.

Everybody has big moments in his or her career. I think choosing to do Time for Kids and getting the funding for it was a way of getting noticed in a place where perhaps you wouldn’t be noticed as quickly being a young woman of color.

When I came here to corporate, I worked for another terrific woman named Pat Fili-Krushel, who was also a fantastic boss. It’s unusual—in 27 years I’ve worked mostly for women. When I was growing up at the company, that typically wouldn’t have been the case.

You were on the board of the Corporation for National and Community Service (CNCS), which funds national service programs such as AmeriCorps*VISTA and SeniorCorps, from 2010–2015. You also served as chair for nearly three years. What motivated you to serve on this particular board?

I was struck by the chance to give people—young and old—the opportunity to serve in communities that they had never known about before. Consider sending someone from New York to the rural south for a year of service at a nonprofit, or sending a young woman from Alexandria, Virginia, to East Los Angeles, or to southern Texas. This is an important opportunity for Americans to really develop a sense of empathy, community, and understanding for what it means to be American. When we live in our little enclaves, it’s very hard to get a sense of that, even in a place like New York City.

A lot of young men and women have a similar experience in the military because they’re serving alongside people that come from all sorts of different locations. [Ret. U.S.] Army General Stanley A. McChrystal talks a lot about the fact that in the military you bring people together from all walks of life to experience and grow with others you may have never encountered otherwise. He points out that now, as our military shrinks, we should be doubling down on other forms of public service as a way to create a sense of greater understanding and appreciation for this country. He has asked whether there is a way of making national service almost mandatory. While this program has enjoyed bi-partisan support in the past, the programs funded by the CNCS are now under threat. Perhaps we should be thinking about how to create more opportunities for young people instead of diminishing them.